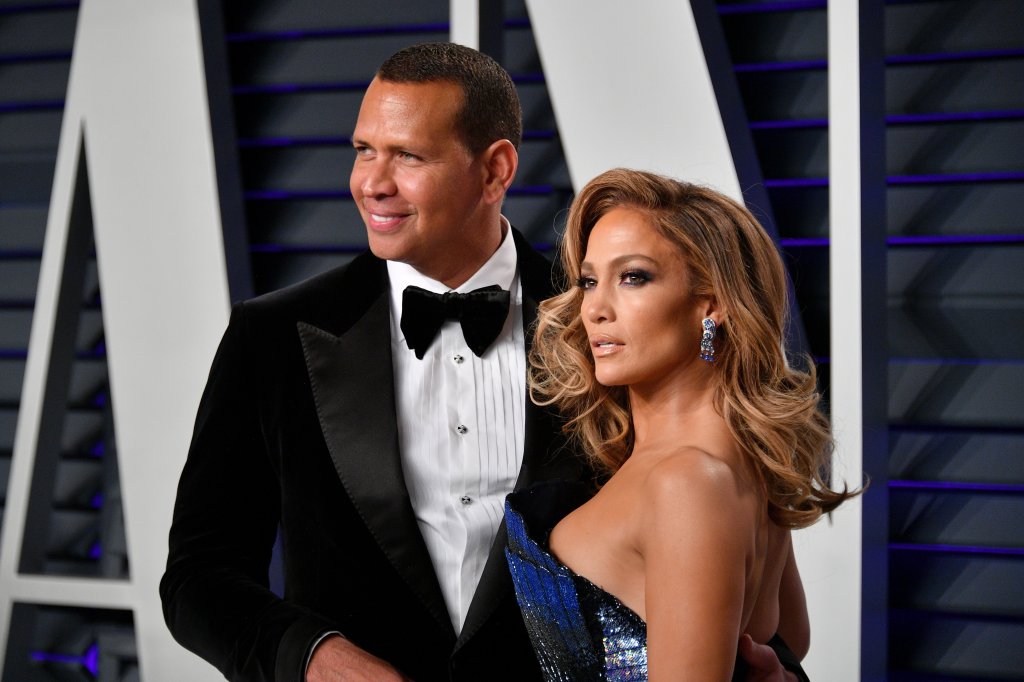 Jennifer Lopez soldiered on last week with her plans to marry Alex Rodriguez, even though their relationship had hit such “a rough patch” that people close to them announced to the media they had broken up — reports the couple subsequently denied.

As of last week, the apparently hopeful superstar singer kept appointments to have fittings for her wedding dress, even though her two-year engagement to the former New York Yankees slugger had been “on the rocks” for some time, an insider told Page Six Monday.

“There were issues between them, but she was still sitting for fittings for (her wedding) dress last week,” the insider said.

Lopez, 51, and Rodriguez, 45, who got engaged in March 2019, have twice called off their wedding, reportedly due to the COVID-19 pandemic. Last Friday, multiple sources told a number of news outlets that they had split amid his latest cheating scandal — this time as speculation arose that he had an affair with reality TV star Madison LeCroy of “Southern Charm,” People reported.

But on Saturday, the couple issued a statement to People and other outlets saying that they are staying together. “We are working through some things,” the couple said in a joint statement.

On Monday, Rodriguez flew to see Lopez in the Dominican Republic, where she is working on a new movie, the Daily Mail reported. On his Instagram stories, he shared a clip of the view from his balcony in the Caribbean and captioned it: “Happy Monday. New week. New day. Onward. Upward.” He tagged Lopez in the post.

A source close to the couple told People over the weekend: “They never officially broke up and talked about it but are still together. They hit a rough patch, but were not broken up.” The source added that the speculation surrounding LeCroy “had no bearing on the rough patch at all.”

A second insider insisted to People that the tensions in the relationship were “not caused by a third party. Madison (LeCroy) or anyone else. They are working through things.”

But the couple’s attempt to work “through things” could be complicated by the fact that Lopez is in the Dominican Republic shooting her movie, and Rodriguez has to be based in Miami as he provides MLB analysis for ESPN. “It’s tough seeing each other especially with quarantining and COVID, but they want to try to stay together,” the first source told People.

The news that Lopez and Rodriguez had split — a breakup that was reportedly “a long time coming” — stunned fans, with the celebrity world seeing the potential end of one of its most high-profile, Instagrammed superstar couplings in recent history.

After Lopez and Rodriguez began dating four years ago, they often shared affectionate photos, looking fit and fabulous together, posing on awards-show red carpets, swooning in romantic locations or relaxing in the glamorous confines of one of their multiple homes during the pandemic.

The entertainment diva and ex-MLB star also liked to share photos of their happy blended family. Their Instagram feeds often featured images of them with Lopez’s 13-year-old twins, Max and Emme, from her marriage to Marc Anthony, as well as his two daughters, Ella, 12, and Natasha, 16, with ex-wife Cynthia Scurtis.

But the couple also dealt with the periodic headaches of Rodriguez being linked to other women. The latest rumors involved Rodriguez FaceTiming with “Southern Charm” star LeCroy, as Page Six reported. Representatives for Rodriguez issued a denial about any contact with LeCroy, saying, “He doesn’t know this woman.”

LeCroy also told Page Six that she had Rodriguez had “never met up” but that they’d “spoken on the phone.” She went on to say that Rodriguez has “never physically cheated on his fiancée with me,” claiming that she has spoken with him “randomly, but not consistent.”

But, for Lopez, the issue of Rodriguez and other women goes back to 2017, when they were about four months into their relationship. News circulated that Lopez had hired a private investigator to confirm or debunk allegations that he is a serial cheater who was still seeing a former mistress.

“She’s heard the cheating rumors in the past and has never let it bother her,” a source told Us Weekly in March 2019, shortly after the couple shared sunset beach photos of him proposing marriage during a Bahamas vacation.

“She trusts (Rodriguez) and his love,” the Us Weekly source said. “They are inseparable and together almost all of the time.”

Former Oakland A’s player Jose Canseco also launched a Twitter tirade against Rodriguez, his long-time baseball enemy, by claiming that A-Rod had been sleeping with his ex-wife Jessica Canseco.

But Jessica Canseco vehemently denied her ex-husband’s claim about her and Rodriguez a few days later.

In recent months, Lopez and Rodriguez had put on a united front at high-profile public events, with him accompanying her to President Joe Biden’s inauguration, where she sang “America the Beautiful.” They also attended the Super Bowl together.

On March 1, the couple were photographed “blissfully hugging” in the Dominican Republic, where Lopez is filming her latest movie, “Shotgun Wedding,” Page Six said.