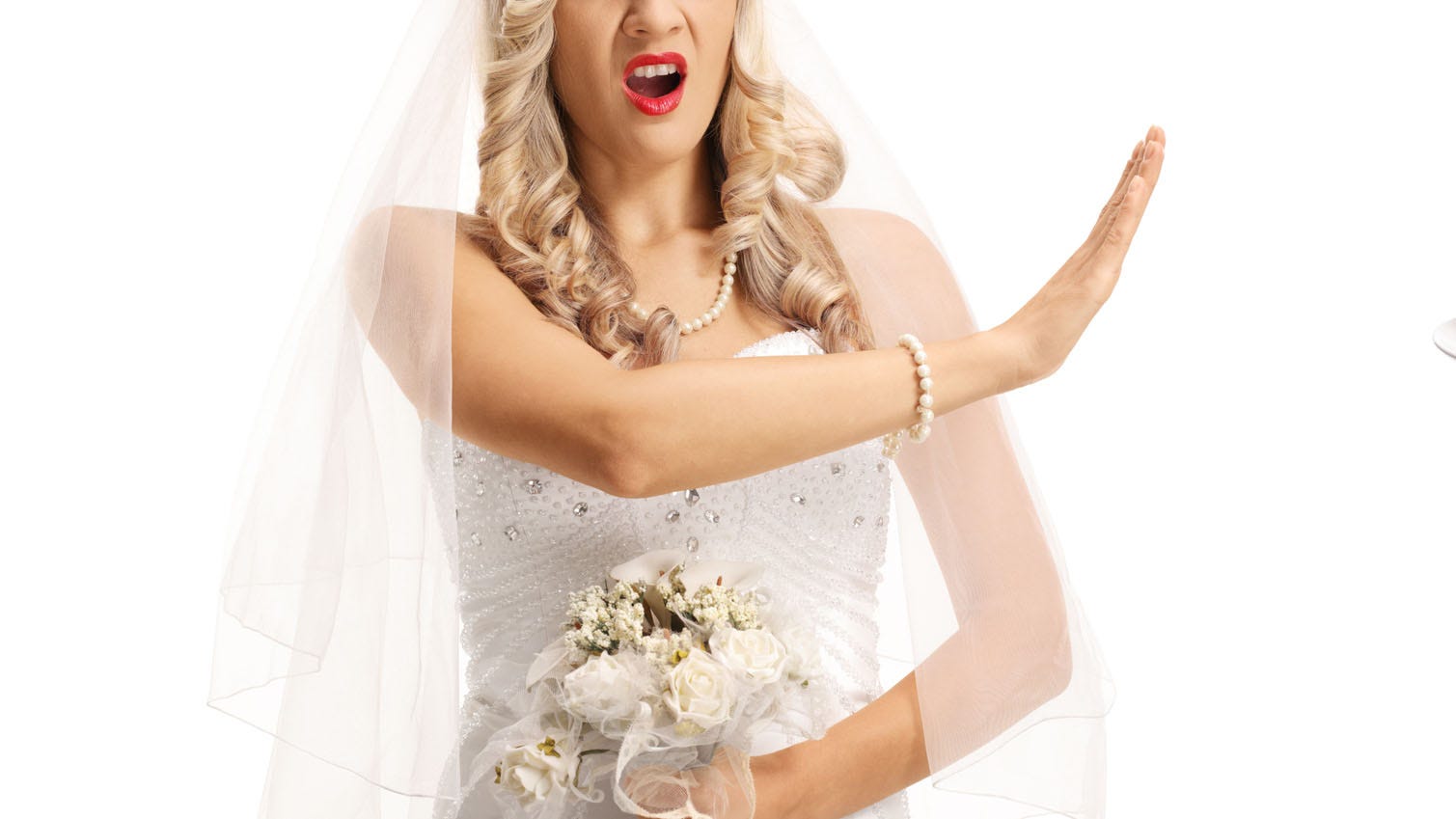 Everyone always says that they’re going to lose weight before a wedding. One woman actually did, which is great except for the fact that she’s not the bride-to-be. Even worse, the bride-to-be is apparently upset because she’s worried about not being the focus of attention at her own wedding.

According to a story on Reddit, a woman who lost about 20 pounds over the past year due to the pandemic is no longer welcome at her sister-in-law’s wedding.
(iStock)

In a post on Reddit’s forums, a user with the name ThrowRAWeddings shared their story. According to her, she lost about 20 pounds over the past year due to the pandemic. She explained that she had more time to exercise and focus on making healthy meals.

Her brother’s sister is getting married later this year and is only having a small group of people at the ceremony. The family recently got together to make plans for the wedding and apparently, things did not go well.

According to the story, “We met up yesterday at our house to talk about wedding plans with her brother and when (the bride-to-be) saw me she got mad at me and accused me of trying to upstage her at her own wedding because I am in shape now and I feel good and confident.”

The story continues, “She said that (I) knew she was getting married and I’ve had my whole life to get fit but I purposely chose right before her wedding to do it. My husband defended me in front of her but after she left he told me that I should have apologized to her because she is very insecure and since her fiancé and best friend and fiancé’s parents haven’t seen me since I lost weight they will notice and it might feel like I was purposely trying to upstage her.”

The author concludes the story by saying that she was told she either can’t come to the wedding or she has to “wear something really baggy” so that everyone else there won’t notice her weight loss.

She writes, “I don’t feel like I did anything on purpose to ruin the wedding but the fact my husband who has been nothing but supportive is taking her side is making me feel insane!”

Reddit users basically took her side, with one user writing, “Everyone has insecurities, and it’s tough but you can’t demand other people adjust their life just to suit your insecurities. The world doesn’t revolve around your sister-in-law and I think it’s best you don’t go to the wedding other than going there in a baggy dress and reaffirming to your sister-in-law that if she throws a tantrum she gets whatever she wants.”

Another user added, “This is just crazy! I would be so happy for anyone that got focused on getting healthier and looking/feeling their best. Good on you for doing so well! Your husband is enabling sister-in-law’s bad behavior, there’s no reason for it.”

“You’re struggling to wrap your head around it because it’s ridiculous and your husband needs to get his act together,” added another, “and back you up here rather than his sister’s absurd demands.”