Gayle Opens Up About Daughter Kirby’s Wedding: “I’m Over the Moon” 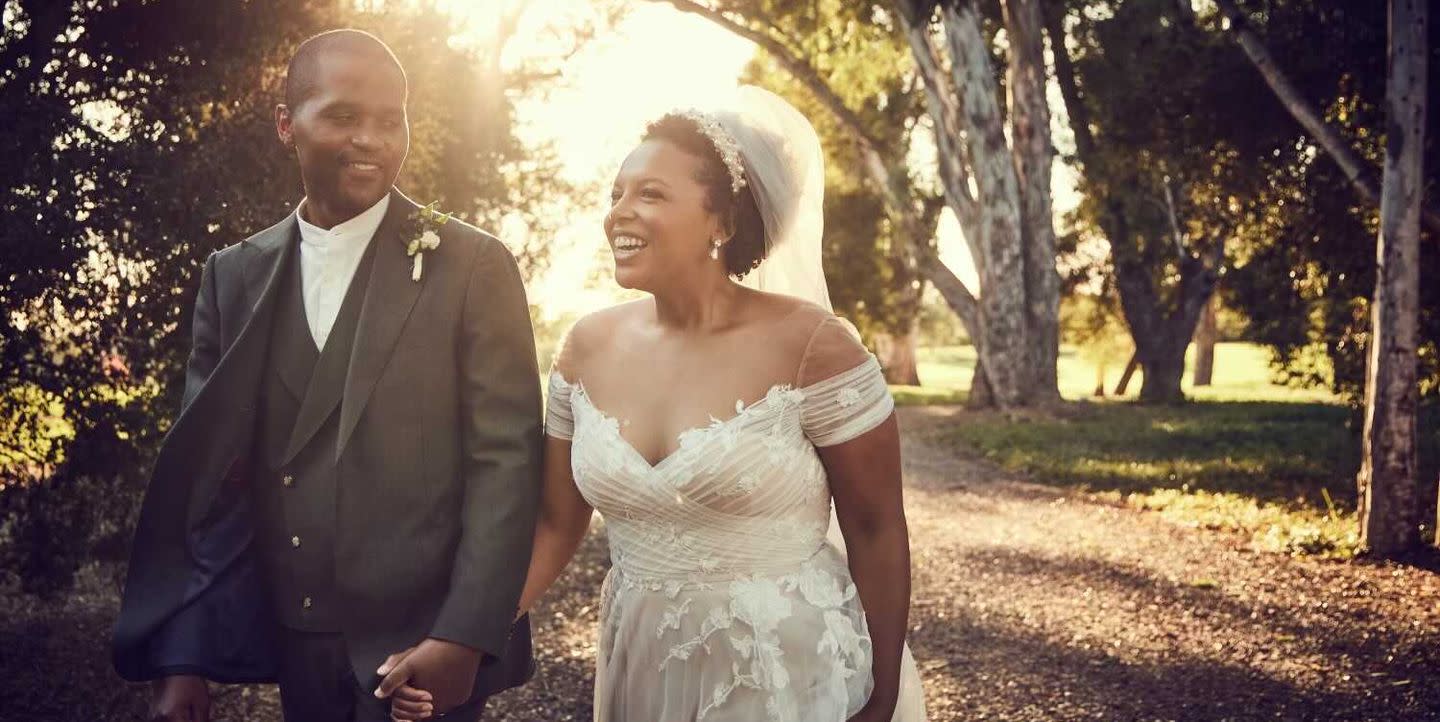 Before the COVID-19 pandemic, our editor at large Gayle was busy helping her daughter, Kirby Bumpus, plan her wedding to then-fiancé Virgil Miller. But with suddenly having social distancing and travel and quarantine protocol to consider—Kirby and Virgil live on the west coast, while Gayle is on the east coast—the family quickly realized it was time for a plan B.

So in December, just before 2020 came to an end, Kirby and Virgil said “I do” at Kirby’s godmother Oprah’s Santa Barbara home, with a very small guest list: Oprah, Stedman, and of course, the mother of the bride. And Kirby’s brother and Gayle’s son, Will, officiated.

“It wasn’t the wedding we planned, but it was absolutely perfect,” Gayle says, sharing an exclusive photo of the happy couple with OprahMag.com:

Gayle first announced the nuptials on February 1 on CBS This Morning—and admits she’s been bursting since December to share, but respected Kirby’s wishes to keep the news to close family and friends first. But now, Gayle says she’s “glowing” and “over the moon,” and Kirby clearly is, too—especially in the photos captured by photographer Joe Pugliese.

“Joe doesn’t normally do weddings, but Oprah just so happened to be shooting something on her property that got canceled at the last minute, so we lucked out and had a professional photographer. I’m so glad we have those memories, because the photos are stunning,” says Gayle.

The wedding photographer was one of the few elements of a “typical” wedding, however; Kirby and Virgil had to adapt in many ways in order to ensure everyone stayed safe and healthy. Kirby held her dress fittings via Zoom, with Oprah, Gayle, and her best friend, Erica Williams, offering feedback virtually. And on the day of the wedding, Gayle wasn’t able to go into the house to help Kirby get ready, which she admits was “really tough.” And the plan hadn’t originally been for her brother, Will, to officiate, but given that he already had a license after presiding over a friend’s wedding, it felt like the right decision.

“Nobody knows Kirby the way her brother does, so for him to do the ceremony felt meant to be,” Gayle says. She adds that after exchanging vows, the family did “socially distant hors d’oeuvres and cake, and socially distant dancing.” In the end, what was most important was celebrating Kirby and Virgil’s love—and the couple had a beautiful day they will always remember.

“My son, Will, says, ‘We call ourselves a tripod, and that day with Virgil, we became a perfect square,'” Gayle says. “Kirby really is so happy, and nothing beats when your children are happy.”

Congratulations to the happy couple, Kirby and Virgil—the OprahMag.com team wishes you a lifetime of happiness!