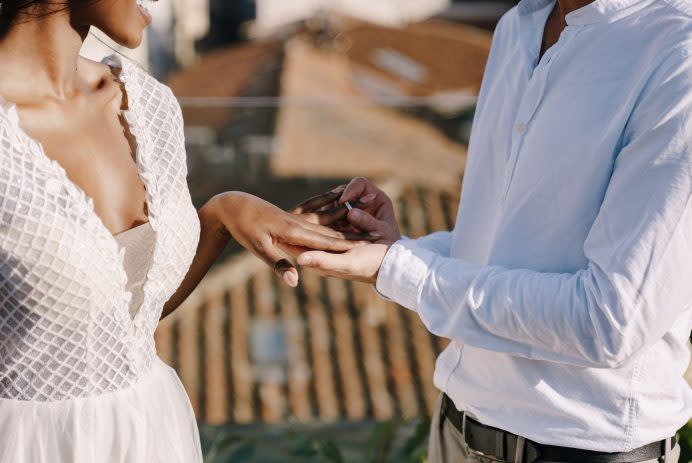 A woman is refusing to be her friend’s backup bridesmaid.

She explained why on Reddit’s “Am I the A******” forum. When her friend got engaged in 2019, the bride-to-be did not ask her to be a bridesmaid. Then one of the bridesmaids was kicked out of the party with two weeks left until the wedding. Scrambling to resolve the issue, the bride-to-be asked the Reddit poster to finally be a bridesmaid but it was too late.

“I have a small friend group of about three people,” the Reddit poster wrote. “One of my friends got engaged to her boyfriend in 2019. She asked my other friend to be a bridesmaid and asked me to help set up the reception, which I am fine with. Recently, Bride and Friend got into a fight about an incident dealing with the groom. I can’t really go into what happened but Bride kicked Friend out of the bridal party and uninvited her from the wedding.”

Then the bride-to-be asked the Reddit poster to be a stand-in.

“Bride is now scrambling to find someone to replace friend because the wedding is two weeks away,” the Reddit poster said. “She called me and asked if I would be the replacement and I said no because she didn’t want me to be one to begin with. She called me an a****** and now the groom has been sending me some hateful text messages and Bride’s family members are calling me an a******. I am honestly considering not even going to the wedding.”

Reddit users were on the poster’s side for this one.

“You’d be crazy to go to that wedding,” one person commented.

“You were asked to help with the wedding but not be a bridesmaid. That’s pretty disrespectful and shows that you aren’t that important,’ another said.

“You were an afterthought and you knew it,” someone added.

In The Know is now available on Apple News — follow us here!

If you enjoyed this story, read about this woman’s hilarious bridesmaid dress scam.

More from In The Know:

TikTokers are dancing with their bellies out to promote body acceptance

The post Wedding guest furious after hearing bride’s ‘disrespectful’ last-minute request: ‘You’d be crazy to go’ appeared first on In The Know.