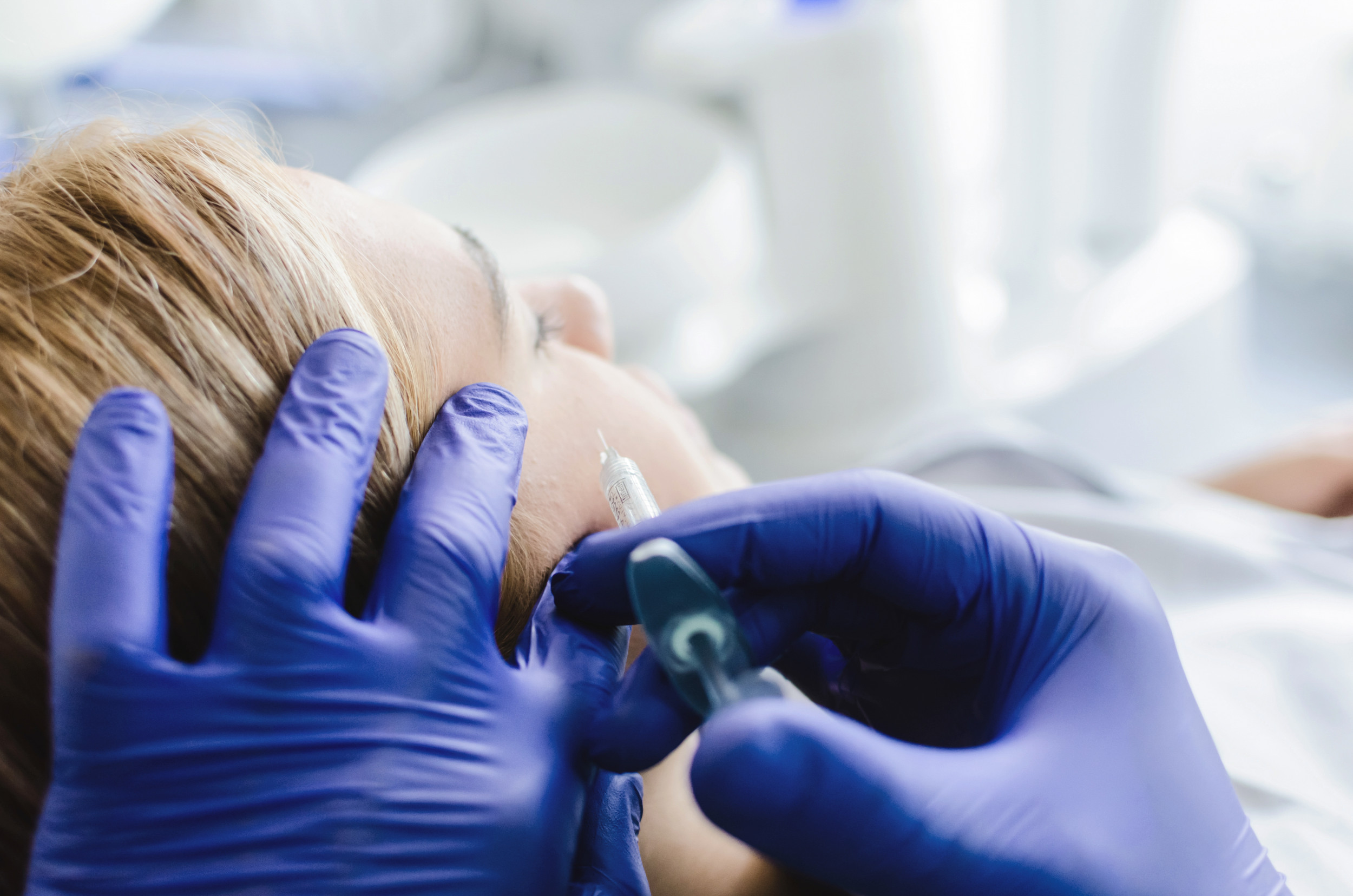 Content creator Kim Pratt has racked up views on her DIY beauty treatment videos across various social media platforms, and her latest TikTok clips are no exception.

Botox, TCA peels or lip fillers: none are off-limits for Pratt, who shares them to her TikTok @naturalkaos with 42,000 followers. Yesterday she shared a clip of her at-home fibroblast therapy to her account, already gaining over 10,000 views on the footage.

Plasma fibroblast therapy is described by Healthline as using “a pen-like device that discharges a high-frequency electric current to small areas of the skin,” improving skin tightness and firmness.

Normally, recipients will have the treatment done by a professional, but not for Pratt. The video details her attempt to numb herself beforehand, before showing close-ups of the painful treatment.

The clip came on the same day as a Botox facial upload, which has amassed over 200,000 views already. Using a needle stamp tool, she uses a mix of Botox and stem cells, while talking viewers through the process.

As expected, the clips have rocked viewers, who took to the comments with confusion. “I seriously am shocked,” commented one user.

It wouldn’t be the first time Pratt has heard it, as the internet figure appeared on a 2019 episode of The Doctors to defend her treatments against medical professionals who advised against it.

In March, she shared an overview video of her at-home TCA peel on TikTok, which has gained over 1.9 million views since. TCA peels use an intense acid to cause the skin to peel and replace itself, and are again normally applied by a professional. The various videos posted to her channel show her applying the treatment, and the days that followed, including cutting the skin off with scissors.

Botox injections are another treatment favored by Pratt, who has spoken openly about them on both YouTube and TikTok. According to her blog, she began performing the injections herself in 2019 after having them done professionally.

“I decided after years of having Botox treatments done, perhaps I could tackle this procedure myself. Honestly, how nice would it be to not need to make last-minute appointments when you start noticing wrinkles? And to top it off I can save money,” she wrote.

In a March TikTok video, Pratt confirms she purchases her Botox from Korea, which is KFDA-approved (now referred to as the Ministry of Food and Drug Safety) but not FDA-approved. In the US, FDA-approved Botox is recommended by the FDA to only be purchased directly from the manufacturers or authorized distributors, who only sell to licensed individuals.

Pratt also cites books and online videos as her source for learning how to inject her face.