Woman Goes Viral For Spraying Gorilla Glue on Her Hair 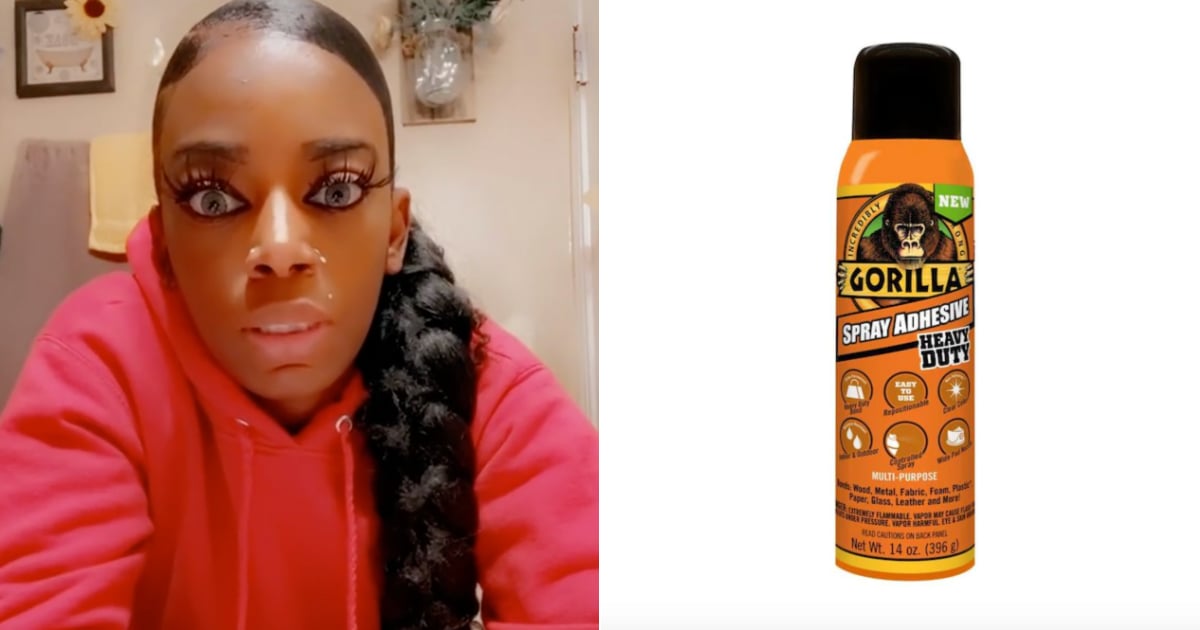 A woman is going viral on social media after sharing a TikTok video detailing a hair mishap that . . . well . . . you’ll just have to see to believe. Tessica Brown explained in the clip that her hair is stuck in its current style — a low, braided ponytail — because she accidentally applied Gorilla Glue to it a few weeks ago.

“My hair has been like this for about a month now — it’s not by choice,” she said in the clip. When Brown typically does her hair, she explained, she uses Got2b Glued Freeze Spray, a popular hairspray that’s typically used to keep certain hairstyles and lace wigs in place. On this day in particular though, while styling herself, Brown had run out of the freeze spray and instead sprayed Gorilla Glue on her hair thinking that it’d be a useful alternative — she quickly realized that it wasn’t, and her hair ended up getting stuck.

“It don’t move,” she said. “I’ve washed my hair 15 times, and it don’t move!” Brown later followed up with a second video of herself attempting to wash the glue out of her hair to no avail. The first video has since racked up over four million views on TikTok, and because of the whole snafu, the term “Gorilla Glue” is now trending on Twitter.

Gorilla Glue is a household adhesive that’s well-known for being incredibly strong — like, strong enough to bond broken pieces of furniture and hardware back together. After catching wind of the viral video, the official Gorilla Glue account (because of course that exists) commented on the video, explaining that “rubbing alcohol, water in a spray bottle, a hair dryer, and a comb” might be the fix Brown is looking for, but it’ll probably take some time to get it all out, and added that her hair may already be damaged from the ingredients in the glue since she’s had it in the style for a month.

We’re not exactly sure, but we’re going to guess that Brown’s decision to use the glue on her hair in the first place may have had something to do with her confusing Gorilla Glue with Gorilla Snot, another type of hair gel known for its extreme holding abilities. Either way, we’re sure this whole ordeal has been pretty devastating for her, and we’re hoping she finds a solution sooner than later.