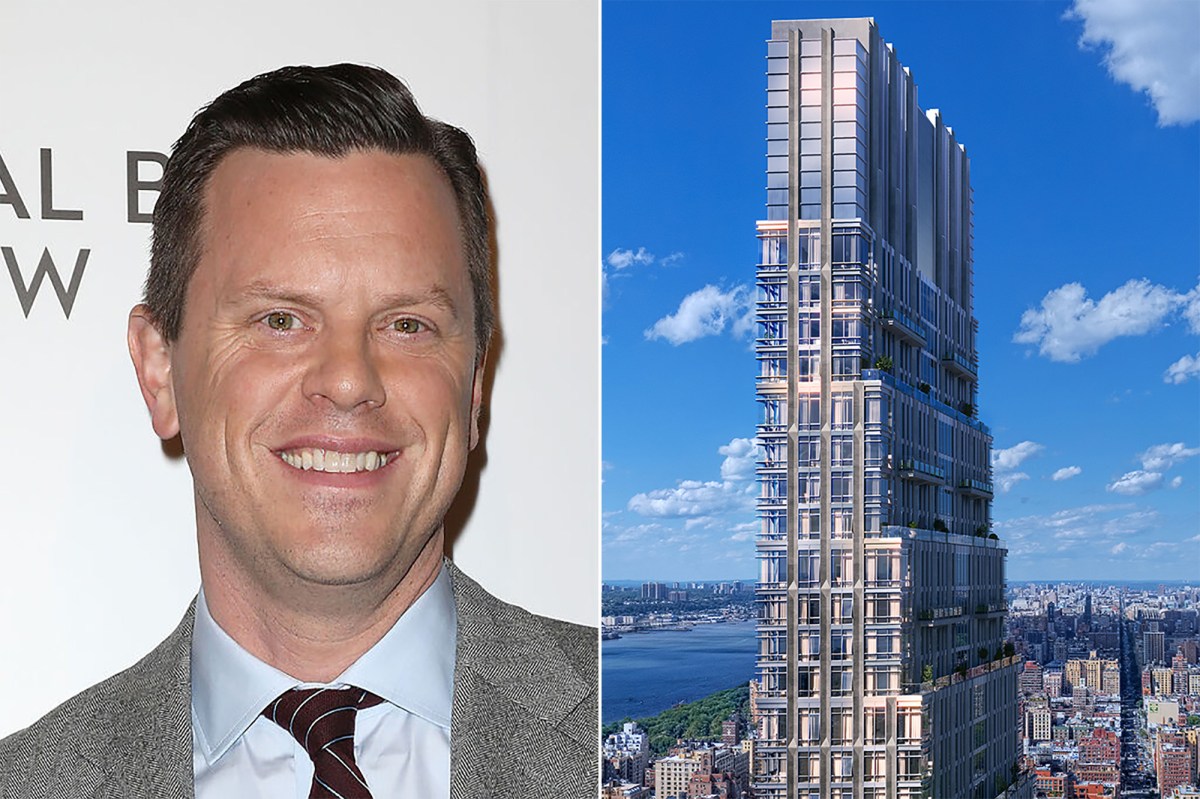 The 688-foot-tall new development tower has had its ups and downs with the city, where activists want to keep supertalls out of human-scaled neighborhoods like the Upper West Side.

At one point, a judge ruled that the 52-story tower was built higher than zoning allowed — and ordered the top 20 floors to be demolished.

But the developers prevailed.

Now two new penthouse duplexes are about to hit the market.

Interiors are designed by CetraRuddy, and based on the Big Apple’s classic pre-war residences.

The lowest-priced unit currently on the market is $3 million for a one-bedroom.

“My wife and I walked around the construction site a couple of years ago out of curiosity as the huge building was going up outside the window of our rental apartment,” Geist told the Post. “We knew that one visit was the closest we’d ever get to living there. I wish them better luck in filling the building. We’ll wave from our rental once people finally start moving in someday.”