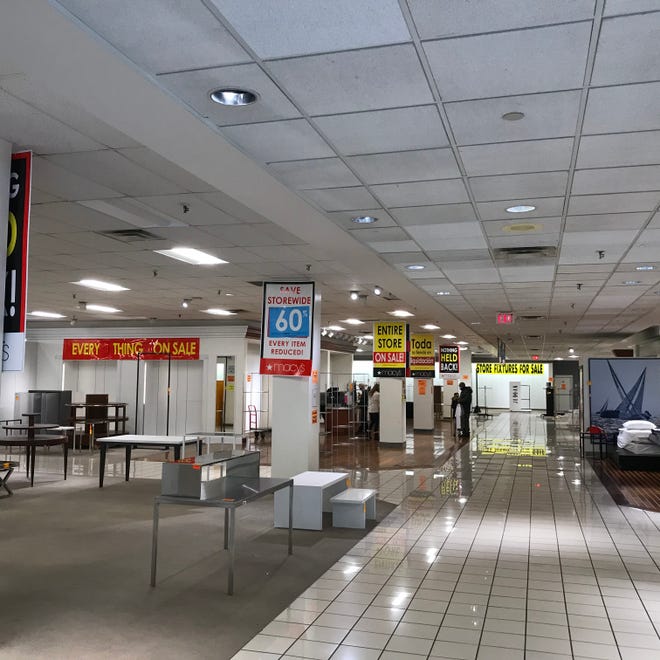 COVID-19 is just the latest blow for many shopping malls struggling to draw customers to their stores when they can more easily shop online.

The pandemic stunted already fading foot traffic and sped up the exodus of mall anchors including Macy’s, J.C. Penney and Dillard’s, leaving cavernous empty spaces in their wake.

In the Cincinnati suburb of Springdale, Tri-County Mall will lose its last anchor tenant when Macy’s shuts its doors in April, following exits by Sears and Dillard’s.

Every major mall in the Cincinnati area has been hit with bankruptcies by smaller tenants too, like J. Crew and Forever 21, so replacing closed stores with new stores may not be the best plan in today’s environment, experts say.

As a result, mall owners in Ohio and across the country are coming up with creative ways to fill the glut of empty space with tenants they hope will revitalize dying malls and produce steady foot traffic.

Taking a cue from the behemoth Mall of America in Minnesota, an increasing number of malls have adopted a “go big or go home” mantra to attract shoppers.

That includes the Mall at Tuttle Crossing in Columbus, Ohio, which in 2019 opened a supersized arcade with games, rides and other amusement park-like attractions in a space formerly occupied by one of its anchor tenants, Macy’s.

But the Columbus site was the company’s first foray into an enclosed shopping mall, which has been a resounding success, she said.

“We bring traffic to the mall, and the mall brings traffic to us,” she said. “We just threw in the go-karts and drop tower, and now we have a really upscale and exquisite entertainment facility. It’s definitely an improvement over moving into a big Kmart.”

And the Southern Park Mall in Boardman Township, Ohio, near Youngstown is yet another mall turning to entertainment and recreation to fill empty anchor spots.

Southern Park recently announced it would open an indoor golf center, the Bunker, in a 36,000-square-foot space formerly occupied by Sears.

Sears announced it was closing at Southern Park in 2018 as part of the nationwide shutdown of more than 70 Sears stores, including stores at Northgate, Tri-County and Florence malls in the Cincinnati area.

The mall’s owner, Columbus-based Washington Prime Group, is planning to spend $30 million to redevelop Southern Park, including the addition of a slate of new nontraditional mall tenants.

When the Bunker opens this year, it will feature a dozen golf simulators, Bogey’s Bar and Grill and an outdoor patio overlooking the new DeBartolo Commons entertainment and event venue under construction.

“Washington Prime Group is committed to delivering on what our guests and communities want while continuing to bring energy and dynamism to the overall experience,” said spokeswoman Kimberly Green.

Automakers have regularly showcased one or two of the fastest and flashiest of their latest models in mall food courts or atriums for decades.

But the concept may be shifting into high gear as some carmakers have opened full-service showrooms and dealerships inside malls.

A couple of years ago, Tesla began selling its electric cars directly to consumers in high-end shopping malls in lieu of free-standing dealerships.

You can’t buy cars there, but Ford puts its cars in mall atriums and other open areas so  “the masses can interact with the brand in casual, dealer-free settings,” according to the company’s website.

Locally, many mall atriums that were once bustling with activity are now basically big empty hallways that could easily accommodate satellite showrooms for local auto dealers.

However, many auto industry analysts remain skeptical about the appeal of mall showrooms and auto dealerships in malls that fewer people visit now.

At Polaris Fashion Place in Columbus, FieldhouseUSA will replace the former Sears department store location between Macy’s and J.C. Penney.

Fieldhouse specializes in sports leagues and offers year-round play and tournaments in team sports such as basketball, volleyball, pickleball and futsal, which is like miniature soccer played on a hard court.

Fieldhouse, which is geared for both recreational and competitive athletes, also offers performance training in cheerleading, martial arts, fitness and other individual sports.

The facilities can be rented out for birthday parties, corporate meetings and other events as well.

The Polaris Fieldhouse will be one of three new mall locations opening this year that could deliver a huge shot in the arm in terms of foot traffic at the malls.

Fieldhouse facilities average more than 1.6 million visitors annually, according to the Texas-based company.

Now some mall operators are beginning to look at the viability of replacing anchor tenants at traditional enclosed shopping malls with groceries.

In 2018, Aldi opened a grocery inside Markland Mall in Kokomo, Indiana. The store opened in a space formerly occupied by Sears, which was demolished in 2017.

Even with the advent of online order and pickup options, grocery stores remain a regular destination for millions of Americans.

Groceries can provide stability for shopping malls by bringing people in on a more consistent and predictable basis, experts say.