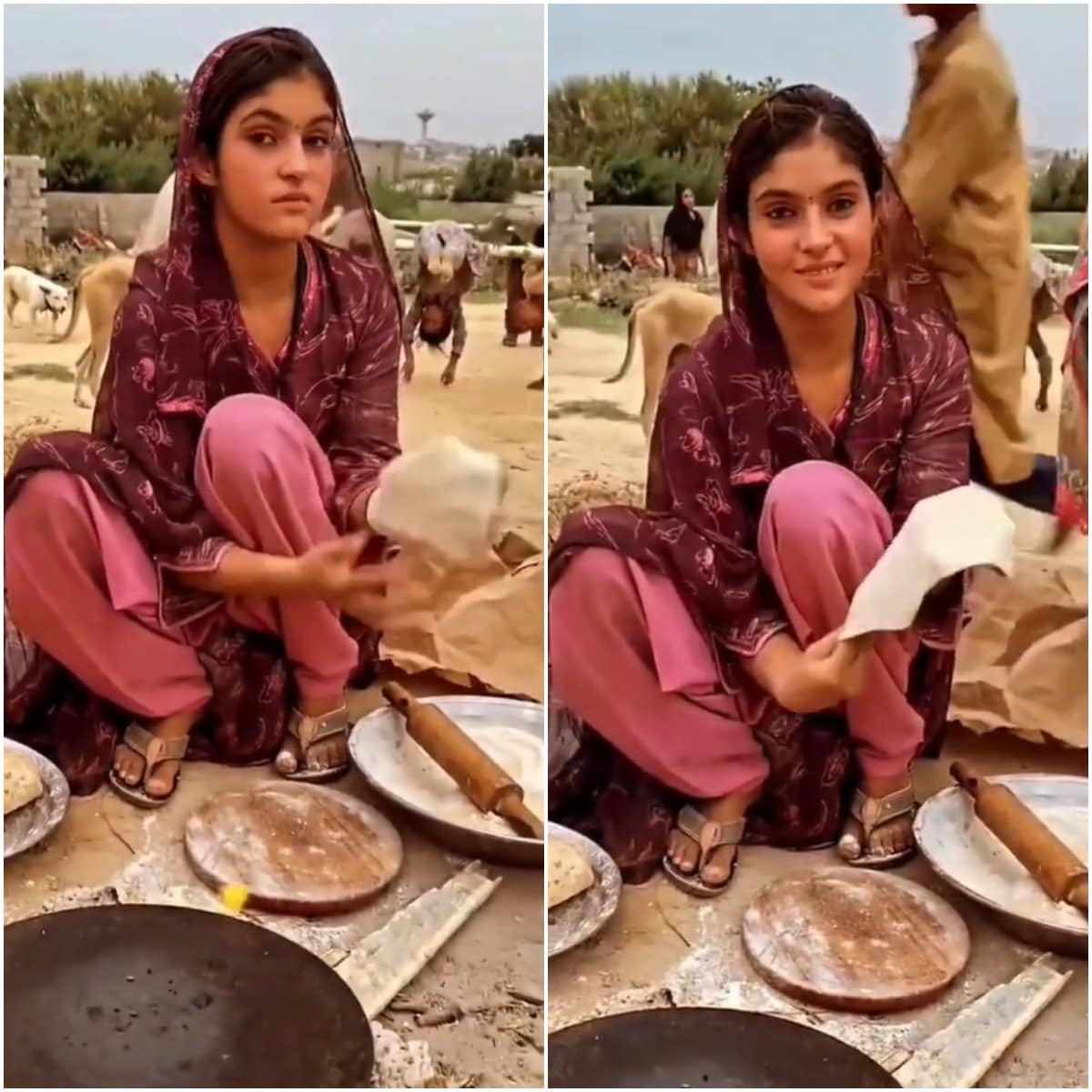 ​The viral video of the girl cooking rotis with a delightful smile has garnered millions of views.

Social media has played the role of a dais for some people who turned out to be overnight sensations. In the latest incident, a video of a girl making Rotis is going viral on the internet. The clip shows a young girl making Rotis in an unidentified location. She flashes a smile after realizing that she was being recorded. We can also spot kids playing in the backdrop.

Instagram user Jasmeen Sainii shared the video on her account which garnered over 2 million views. The viewers commented on the girl’s contagious smile. A comment on the post called the girl a “natural beauty.” One more compliment for the girl read, “I don’t know what it is in this girl, it made me feel very nice.”

Earlier, the world had witnessed Pakistani tea-seller Arshad Khan garner quick fame because of his blue eyes. The photograph clicked by Jiah Ali in 2016 led Arshad to numerous work opportunities further. He is currently the owner of his own roof-top café in Islamabad.

A few days ago, the internet made a star out of an elderly Indian lady who aced the bowling game like a professional. Clad in a yellow saree, she made the flawless strike in the bowling alley. Her grandson Sudarshan Krishnamurthy shared the video on Twitter which went viral like a wildfire. “Hi Twitter, please appreciate my grandma bowling a strike in her saree, and then proceeding to ensure her mask covers her nose. #QueenShit if you ask me,” the caption read.