‘To God be the glory’: NC couple finds missing jewelry in landfill with help of sanitation crew 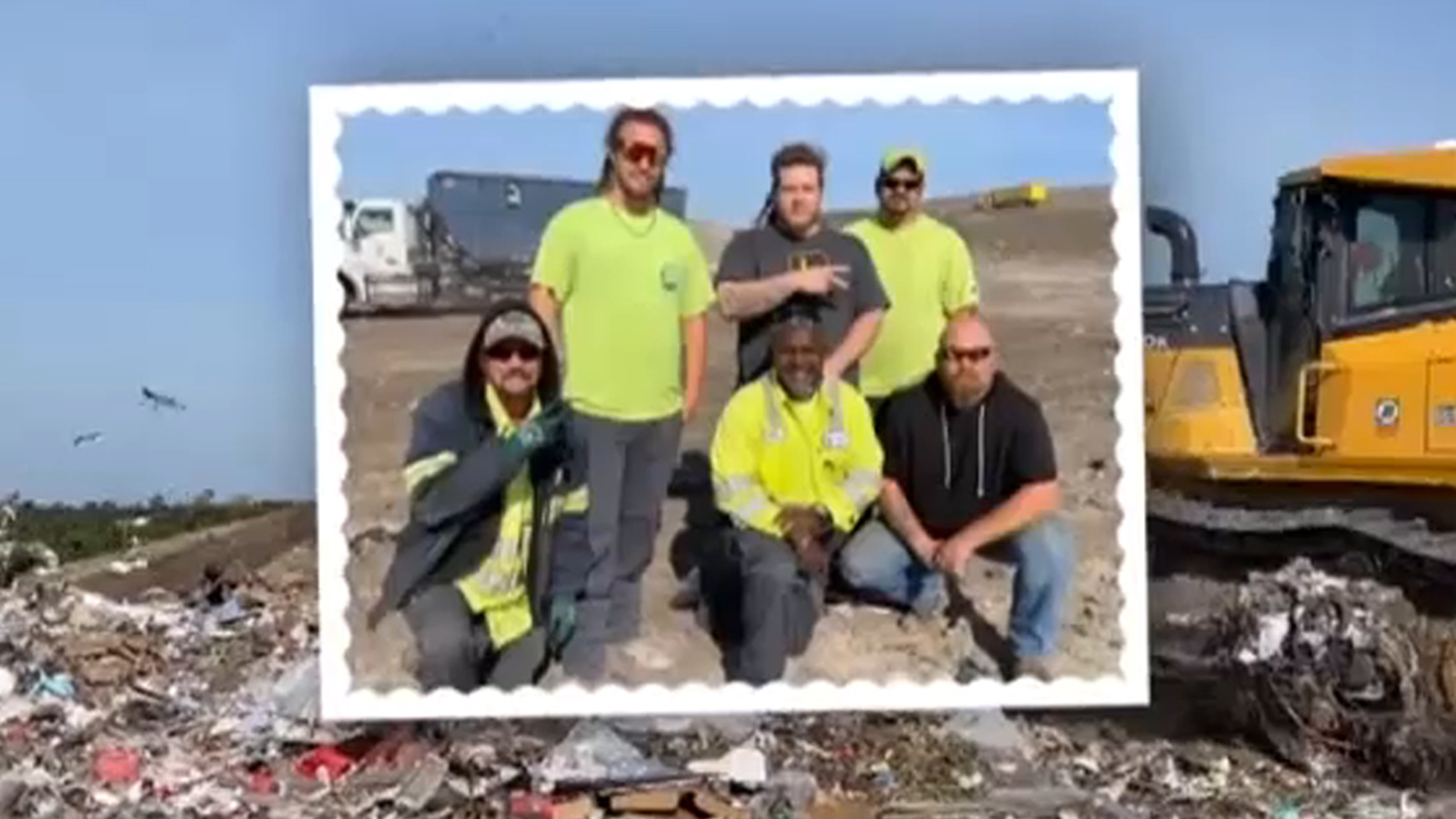 WILMINGTON, N.C. — A North Carolina woman penned a heartfelt thank you letter to her garbage collectors after they went above and beyond to help her find her missing rings.

“To God be the Glory and thank you New Hanover County landfill workers.”

It all started when Pam Smith could not find several pieces of her jewelry.

“I just was frantic that I couldn’t find my rings,” Smith said in an interview with WECT. “But, I knew in my heart I had thrown them, accidentally, in the trash.”

The sanitation crew had picked up the Smiths’ trash not too long ago. So Pam’s husband, Chuck, bolted down the street to flag down the garbage truck.

“By that time, they had done at least 25 more houses,” Chuck said. “I was kind of panicked because that’s a lot of money.”

Elliott Holliday was the man behind the wheel of the Select Recycling Waste Services garbage truck. He saw Chuck in his rear view mirror, sprinting toward the truck.

Holliday knew he couldn’t just dump the truck in the middle of the street and start searching for the rings, so he called ahead to the New Hanover County landfill. He told the crew there what was going on and that he needed a flat piece of land to unload the truck.

About 700 trucks pass through New Hanover County landfill every single day. They dump about 1,500 tons of trash. If the truck was not allowed to dump in a specially designated location, the Smiths’ search for their missing jewelry would be even more of a needle in a haystack.

Fortunately, the landfill made an exception.

“I noticed this lady was standing on front of my bulldozer, and she was praying, so I called my wife and we’re praying with her, we’re praying, we’re praying, Lord, show this woman a favor,” New Hanover County landfill specialist Kedar Brunson said.

More than half a dozen sanitation workers joined in with the Smiths, sifting through–inch by inch–layer after layer of trash.

Minutes before the landfill would have to close for the night, it finally happened.

The Smiths were elated at finding their priceless jewelry and reassured about the good that still exists in humanity.

“I just want people to remember there are a lot of good people on this Earth who are willing to help,” Pam said. “And God is good.”