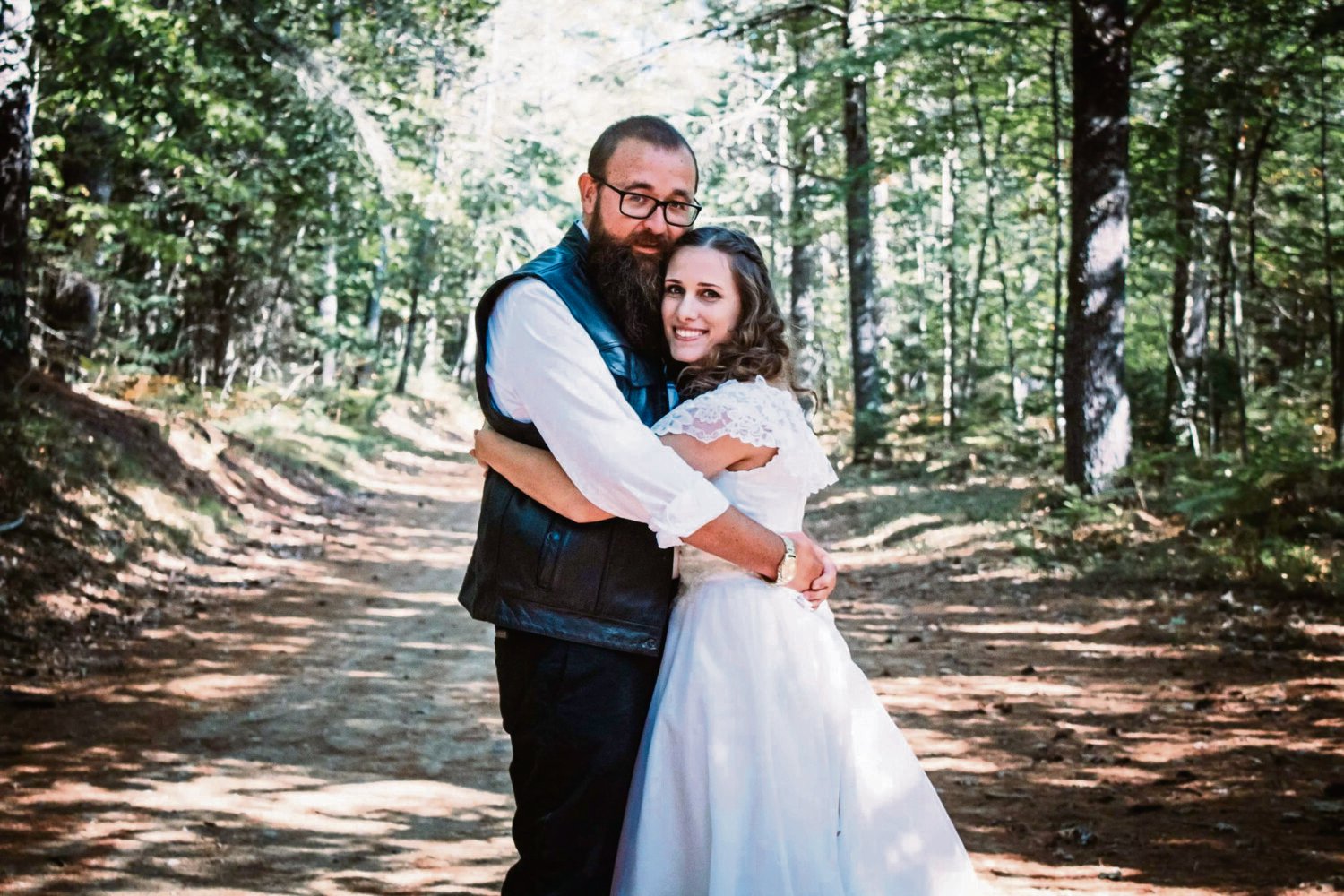 Meagan Thomas and Kyle Golding are announcing their marriage. The bride is the daughter of Lawrence Thomas Sr. and Diane Thomas of Lisbon, and the groom is the son of John Golding II of Freeport.

The couple was married on Sept. 19 at Beaver Park in Lisbon. The ceremony was officiated by the bride’s aunt, Elaine Verrill.

Following the ceremony, a reception was held at the couple’s home in Lisbon Falls. Guests were treated to a variety of food catered by Dave’s Backyard BBQ of Norway and cake and cupcakes made by Crystal Gilks, cousin of the bride. The following week, the couple honeymooned in a cabin in Beaver Cove in the Moosehead Lake region along with their beloved companion, Colt.

The bride, who was escorted down the aisle by her father, wore a formal gown originally worn by her mother in 1988.The gown was sheer and lacy, adorned with simulated pearls with a lace-bordered skirt that extended into a sweeping chapel length train. Repairs and alterations to give it a more modern look were done by Dona at “If You Say Sew” in Durham. Lace flowers were taken from the removed sleeves by the bride and her mother and added to the veil to match the dress.

The couple will reside in Lisbon Falls.