The Future Of Internet Shopping Might Not Be Home Delivery 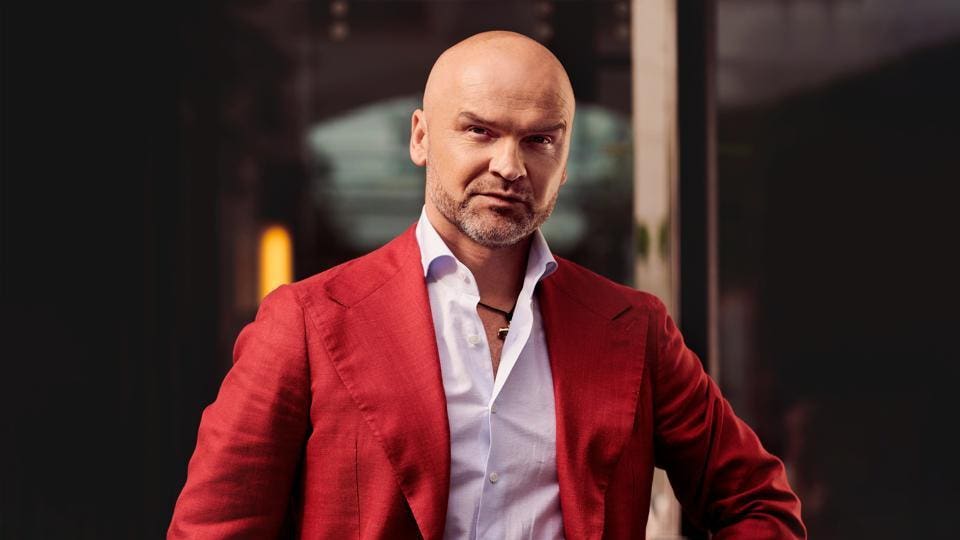 Poland’s parcel king, Rafal Brzoska has gone from near-bankrupt to billionaire by not delivering packages to individual houses.

It was the summer of 2016, and the walls were closing in on Rafał Brzoska. The then-38-year-old Polish entrepreneur had spent nearly two decades transforming InPost, a college dorm-room business that shoved supermarket coupons through letterboxes, into a $120 million–a-year commercial mail business. But competing against the government’s postal service was taking a toll. He had $65 million in debt and was frantically trying to find new investors while staving off the repo man.

“One of my key points with the new investors was, ‘I want to repay all the bonds, all the banks, all the people that have lent us money,’ ” recalls Brzoska, who is now 43. “The investors wondered why, and I told them, ‘I want to live in this country, and you only have one name, one face.’ ”

Those investors weren’t interested in Brzoska’s dying postal business but in the automated e-commerce lockers spinoff he had started in 2010. Amazon and other online retailers ship packages for pickup to these refrigerator-sized street lockers, which cost around $20,000 to install. They are popular because mailmen in Europe will rarely leave a parcel unattended on a stoop. That effectively stops porch piracy (54{2f36692215c92488191f15c49f485bc8da437d4cca01014075d40c79880301cc} of Americans say they’ve had a package swiped), but if you miss the doorbell you’re in for a slog to the post office.

On the brink of bankruptcy, Brzoska moved to shut down the mail business in summer 2016 ahead of talks with his rescuer, Advent International. The Boston-based private equity group took InPost private the following April. The $110 million deal paid off the company’s debts and gave Brzoska a further $125 million to nearly double the size of his parcel locker network to 4,400 in a year.

“There were a lot of reasons to say no to this one, and a lot of people did say no,” says Paul Atefi, a managing director at KKR, which loaned InPost $145 million in 2018 to build new lockers. Brzoska now has 11,734 lockers in Poland and more than 1,100 in the United Kingdom, plus a few hundred in Italy. “But when we started looking at a machine-by-machine basis, it was really compelling. Sometimes the payback was as low as 1.5 years per machine. . . . We love this company.”

The margins are enviable, too. Brzoska charges around $2 per package, and his costs are limited to locker setup, labor and leases for locker space. InPost pocketed $97 million in profit in 2020. “Our automated parcel machines are doubling revenue year-over-year,” he says.

Putting lockers within “slipper distance” of shoppers’ homes and offices transformed the business, says Marek Różycki, a consultant who advised Advent on the InPost deal. “If you have to trek a mile to your nearest locker in the pouring rain, that’s not appealing. But in Poland, my nearest locker is 350 meters away. It’s almost like home delivery—and more convenient.”

InPost learned the “slipper rule” the hard way. Advent rolled back Brzoska’s wild expansion to four continents, which left the company thinly spread and overextended. “This was a classic scenario where you have a charismatic, very entrepreneurial individual managing a business that was growing very fast,” Różycki says. “But he took on too many projects with too few resources.”

InPost went public again in January on Amsterdam’s stock exchange, valuing the business at $9.7 billion; Brzoska’s stake is currently worth $1.1 billion. He has persuaded investors that his lockers are a cheaper, greener alternative to fleets of delivery trucks crisscrossing Europe’s cities. One storage unit can do the work of 24 trucks, Brzoska says: “That’s why lockers are the future.”

While Brzoska was mastering the locker business, his main rivals—Europe’s postal services, plus UPS and Amazon, which have experimented with lockers—took a different tack, boosting home delivery and signing up thousands of corner stores to handle package pickups and returns. It was a quick, cheap way to scale versus lockers, but the pandemic-driven e-commerce boom has left bodegas from Berlin to Bilbao with aisles crowded with packages and long lines for returns. “Convenience stores aren’t that convenient for parcel collection, and particularly not during the pandemic,” Kerstens says.

Brzoska’s plan is to cut those lines—and leap ahead in Europe—with a $675 million deal, announced in March, to buy delivery giant Mondial Relay and drop his lockers at the busiest stores in its France-wide network.

Brzoska’s dramatic results have not gone unnoticed. Alibaba and Allegro—Poland’s e-commerce powerhouse, which accounts for a quarter of InPost’s sales—now have lockers in Poland, while Europe’s postal giants, such as Germany’s Deutsche Post, are also betting on parcel machines.

Brzoska isn’t the underdog this time, and he won’t shy from a fight. He credits his star sign and lucky bead bracelets—incongruous against his tailored suits—for the fact that he survived earlier rounds with postal heavyweights. “I told my team: ‘I am a Scorpio. I will survive, and you will survive with me, because Scorpios are always like this, fighting until the very end.’ ”