The Bride and Groom Met at a Wedding 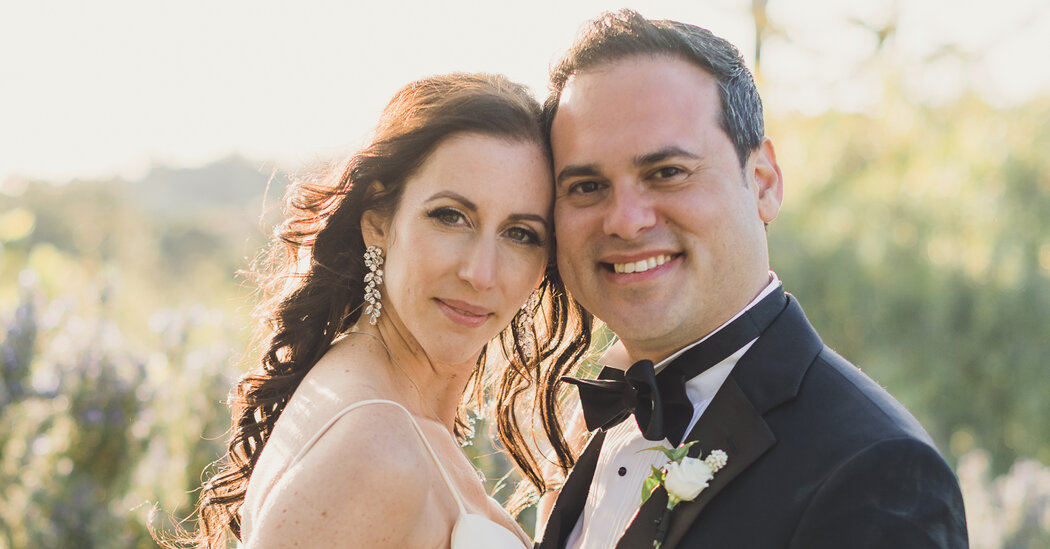 As it turns out, Mr. Ruiz had a litmus test of his own. He spontaneously invited her over one afternoon to his parents’ house to meet them, and then, to several other family gatherings, including a cousin’s football party.

“I have a big, robust, Latino family and I wanted to see how she’d handle it all,” he said.

She did just fine. “Rachel can be quite inspirational,” he said. “She’s so ambitious, and forward looking.”

By 2018, Mr. Ruiz was on the road to conversion, and in June 2019, he proposed over dinner at Scarpetta in Las Vegas, overlooking the Fountains of Bellagio. (After she asked to borrow his jacket to ward off a chill, he quickly had to stash the ring box from the jacket pocket under their table). And though he didn’t plan the timing, when he knelt to propose, the fountains erupted.

Euphoric, they returned to their room. Mr. Ruiz promptly fell asleep, and Cantor Goldman went to the craps tables, where she won $500.

The couple, who live in Hermosa Beach, Calif., had planned to marry on the island of Maui in Hawaii in May 2020, several months after Mr. Ruiz’s conversion to Judaism. But their wedding planning was put on hold because of the coronavirus.

They were married virtually March 18 by David Gonzales, a County of Santa Barbara clerk-recorder. On March 21 they had a Jewish ceremony led by Roslyn Barak, cantor emerita of Congregation Emanu-El in San Francisco, at a private home in Montecito, Calif., with 10 guests, and many more participating virtually. Cantor Goldman will be known as such professionally, but is now Rachel Goldman Ruiz.

“I feel like I’ve gained not just a best friend, but this separate entity,” she said, “the relationship between us, which gives me stability and calm.”