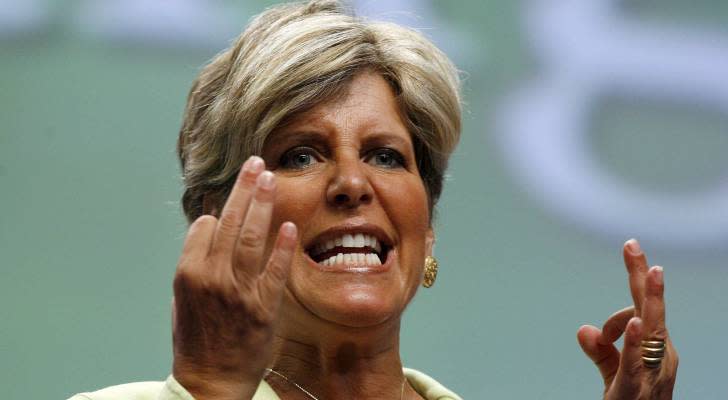 Online shopping has hit astronomical highs this past year as more Americans opted to shop from the comfort and safety of their homes.

More shoppers than ever are also making use of “Buy now, pay later” (BNPL) programs to fund their purchases. Afterpay, one of the leading lenders in this category, reported U.S. monthly sales of $2.1 billion last November — which is more than double compared to the year before.

These programs, which allow you to put down a small amount upfront and pay the rest in installments later, recently prompted personal finance expert Suze Orman to call the plans a “gateway to overspending.”

Here’s more on why Orman feels they’re a slippery slope and what she recommends you do instead.

What worries Orman about these plans

“When you only have to pay $25 immediately for a $100 purchase, your brain starts playing tricks on you, and tells you that this is such a great deal, because it’s only costing you $25,” she writes.

The science of overspending

“What seems like a great deal can actually be a gateway to overspending,” Orman writes.

Studies show that when you don’t have to pay your entire bill at checkout, you’ll keep spending.

What Orman suggests instead

First, Orman suggests assessing whether the purchase is a need or a want. When it’s a want, she encourages you to ask yourself: Can you actually afford it?

“It’s not just a matter of being able to make all the payments on time,” she writes in her blog. “The bigger issue is what you might be able to do with those dollars if you didn’t use them to buy that want.”

Instead, Orman has a few suggestions of which financial goals you should prioritize before caving to wants you can’t realistically afford.

Other options if you need to make a big purchase

If money is tight and you’re planning to make a big, necessary purchase in the near future, you have a few options to make room in your budget.