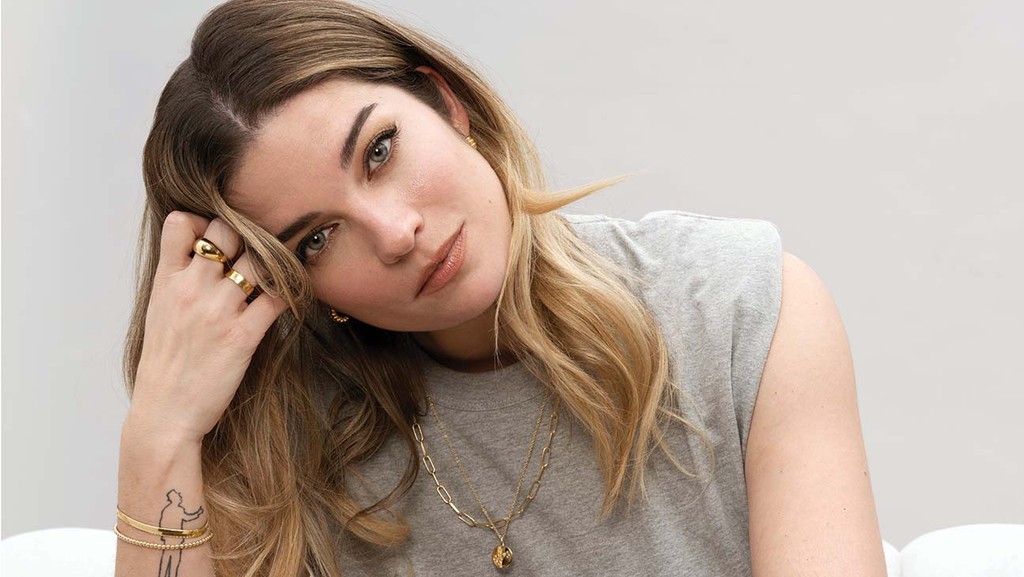 The actress, who wore accessories from the Canadian jeweler when accepting her Emmy in September, appears in the “Golden Together” campaign to help fund $120,000 in scholarship money for Black women and nonbinary people.

When Annie Murphy picked up an Emmy for Schitt’s Creek in September, she did so in accessories by Canadian fine jewelry line Mejuri.

“I love how Annie’s style is authentic and effortless,” says brand CEO Noura Sakkijha. Now Murphy is appearing in the brand’s new ad campaign, coinciding with March 8’s International Women’s Day. Titled “Golden Together,” it’s designed to celebrate the power and commitment of women supporting one another.

To give back, Mejuri is funneling 100 percent of the sales of special soft jersey apparel to its Mejuri Empowerment Fund, which in 2020 pledged $120,000 in scholarship money for Black women and nonbinary people. The campaign also features Stylish With Jenna Lyons star Jenna Lyons, model Grace Mahary, entrepreneur Lindsay Yang and Black Business and Professional Association president Nadine Spencer.

Says Sakkijha of the fund’s mission, “I chose to focus on education for this initiative because I believe it arms women with the optionality to take control over their lives and to have the power to design their futures in a way that fulfills their happiness. Finding ways to give back to my community and live out this message of empowerment is some of the most important work I do as Mejuri continues to grow, and I consider this fund the living embodiment of the Mejuri mission.”

A version of this story first appeared in the Feb. 10 issue of The Hollywood Reporter magazine. Click here to subscribe.