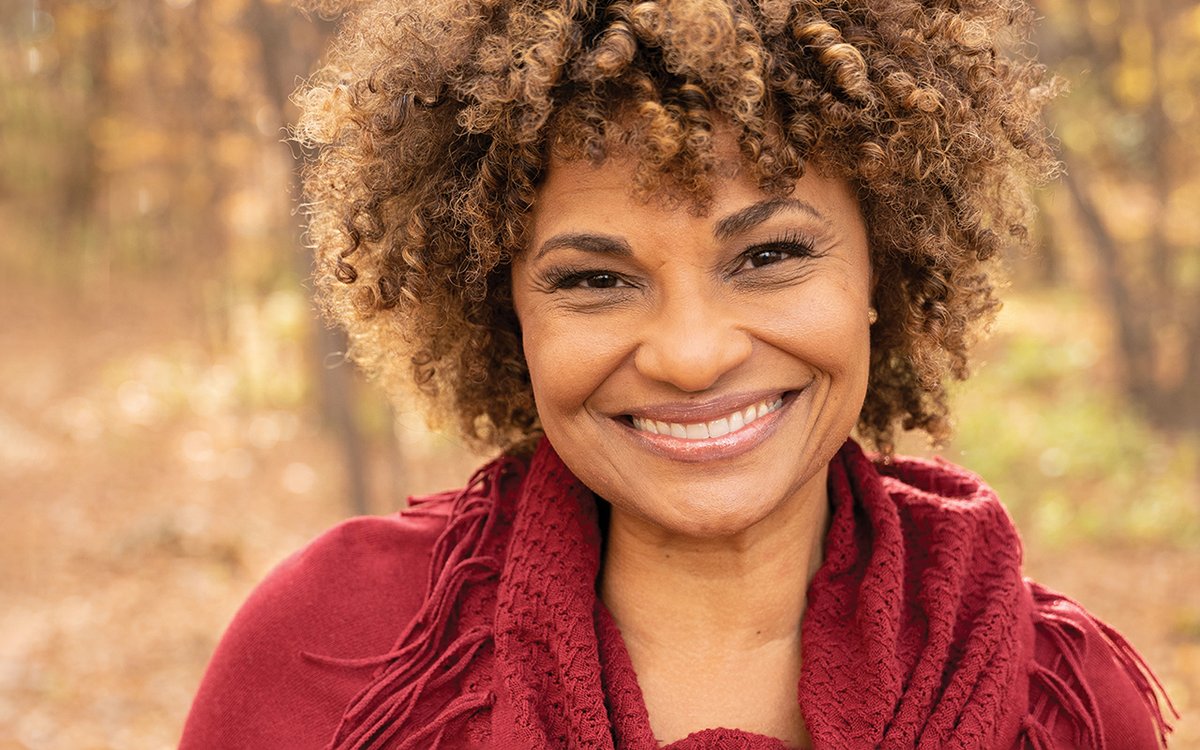 Last month former news anchor Roxane Battle rocked her natural curls at a photo shoot. She’s still surprised when nobody cares—or comments—on how she wants to wear her hair. Battle harks back to the early days of her career dealing with passive-aggressive managers: “It wasn’t even an option to go natural.” She’s even received bottles of “white girl” hair conditioner and shampoo from viewers in the mail. “The fact that how my hair grows out of my head was an issue for so long is just crazy to me,” says Battle, who made the shift to her natural hair nearly two decades ago, eventually enlisting the help of her beloved hair guru, local stylist Brian Graham. “It’s so wonderful that after so many years, I can finally be embraced for who I am authentically.”

“If there’s any space that shouldn’t have segregation, it’s beauty. Everyone should feel embraced and empowered.” — Faatemah Ampey, Local beauty inclusion strategist

Over the last couple of years, we’ve witnessed people of color speak up and stand out against an extremely antiquated definition of “beauty.” (Hello, Minnesota’s Halima Aden, AKA the Muslim model who was the first to wear a hijab and burkini in Sports Illustrated Swimsuit.) And since the homicide of George Floyd and the subsequent global movement to end systemic racism, many beauty companies and media outlets were forced to look in the mirror and take steps to effect sweeping change.

Minneapolis has been an innovator in the beauty business for decades. But now, in 2021, active voices are still bringing about evolution and change by addressing head-on, inclusivity in the beauty and hair industries.

Faatemah Ampey is an Aveda Alumni Hall of Famer and owner of SuiteSpot Salonspa in the LynLake neighborhood. She is also one of our cities’ secret weapons as a beauty inclusion strategist and consultant. With experience working alongside such giants as Target, Walmart, and Bumble and Bumble, Ampey started her inclusion work after feeling marginalized as a woman of color consumer and in the industry. “If there’s any space that shouldn’t have segregation, it’s beauty,” she says. “Everyone should feel embraced and empowered. But I hate that my products are tucked away in a different aisle at beauty stores compared to my daughter’s, whose are front and center.”

Ampey’s services aren’t limited to retail merchandising or diverse styling or texture classes. The harsh reality is most companies engage her after they’ve been sued or landed in hot water. “There’s a cultural dynamic that needs to be addressed and changed,” says Ampey, who believes corporations need to look at inclusion holistically. “Many want to hire me for the quick 90-degree fix, which, really, is just a Band-Aid.” Through her program, Inclusion360, Ampey helps clients explore errors and opportunities at all angles of the business, from front of house (reception) to back of house (stylists and service providers) to top-level leadership.

“People tried putting me in a box, but I didn’t let them.”— Ted Gibson, celebrity hairstylist and former Aveda educator

Currently, Ampey is working with founder of Juut Aveda Salon Spas David Wagner on a robust diversity and inclusion strategy. “We’re rewriting the salon experience,” says Ampey. While neither Ampey nor Wagner is ready to elaborate, Ampey believes the work they are doing could revitalize the industry and pave the way for other beauty service brands.

Shifting gears to the world of fashion editorial, there’s hair god Ted Gibson. A veteran global educator (Gibson worked directly under Horst Rechelbacher in Minneapolis for seven years), TV personality, and owner of famed Starring by Ted Gibson in L.A. (the world’s first Amazon Alexa–powered salon), Gibson is among the most sought-after editorial, runway, and celebrity hairstylists in the biz.

In his early days, Vogue always thought of him as the “Black hairdresser,” Gibson says. “I knew that if I ever wanted to be at a certain level of my career, I had to do white girls, but the white stylists at my level didn’t have to do the Gabrielle Unions or Lupita Nyong’os,” he adds. “People tried putting me in a box, but I didn’t let them.”

Gibson isn’t saying every stylist needs to specialize in every technique. Take braiding, for instance, a specialty that not even he can do. Instead, he believes all hairdressers should be able to deliver general service offerings taught at beauty school—regardless of hair type. “All salons should have both a diverse staff and clientele.” Gibson’s also hopeful about the future. “Who would’ve thought that Lizzo—a plus-sized Black artist—would make the cover of Vogue? Years ago, that would never have happened. Traditionally, it’d select one Black celebrity to throw on a cover to check that box.”

Both Ampey and Gibson are seeing many clients of color, like Battle, wanting to shift away from years of hair relaxers to embrace their natural hair. “It’s an amazing moment and time to be living in—the whole idea of celebrating who we are regardless of what it means is so incredible,” says Gibson. “We also don’t need to be in this place where we think having or not having a relaxer is bad.”

Ampey wants to see us to a point where we aren’t even using the words “white” or “Black” to describe hair but rather textures and types. “Just because someone is Black doesn’t mean they have frizzy, kinky hair,” she says. “That’s putting people in a box. It should be second nature for magazines and companies to feature—and celebrate—people of color, because that’s what beauty is all about.”