Princess Diana had a secret second dress for her wedding 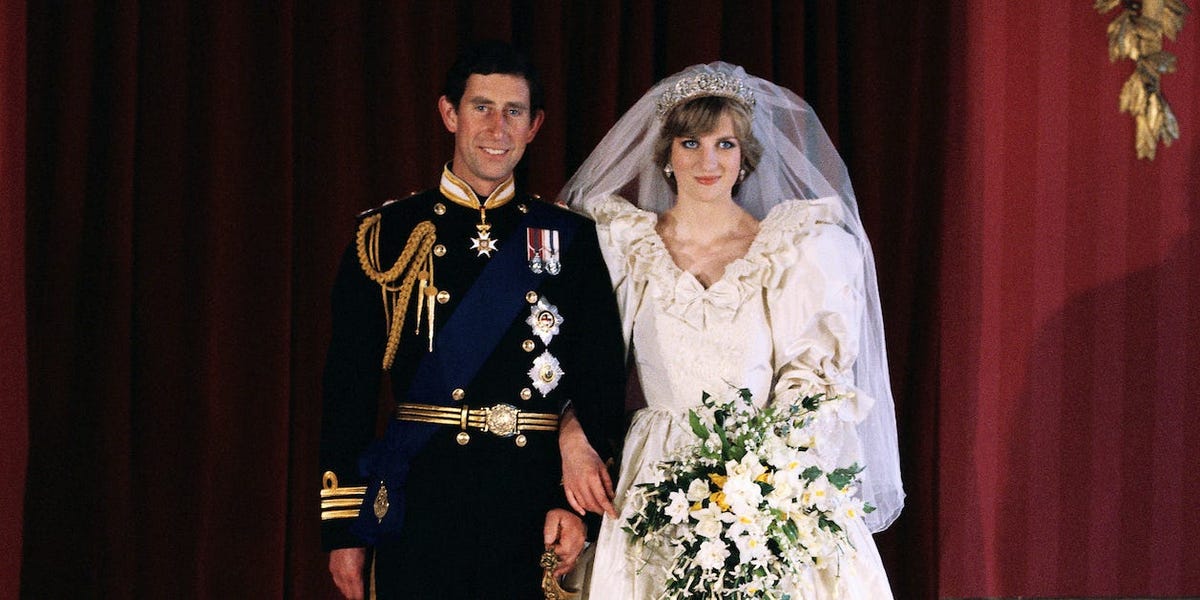 Princess Diana’s iconic wedding gown is undoubtedly one of the most famous of all time, but it wasn’t the only dress that her designers made for the big day.

Elizabeth and David Emanuel also had a second backup dress prepared just in case anything went wrong during Diana and Prince Charles’ wedding in July 1981.

Chloe Savage, who helped design Kate Middleton and Meghan Markle’s wedding gowns, told Insider that it’s likely the duchesses had backup dresses as well, though she didn’t personally see or work on any additional gowns for Middleton or Markle.

“I suspect there always is in case of emergency, in case somebody releases photos early,” she said. “It only takes one person to ruin the surprise. For a day like that, when it’s going to be so big, you really do need an emergency backup in some format.”

The backup dress was similar to the gown Diana wore to St. Paul’s Cathedral in London, but it was never finished. It featured no lace, and the designers didn’t add any embroidery.

“It was only three-quarters finished — we simply didn’t have time to make it in its entirety,” Emanuel told the Daily Mail in 2017.

Diana never even tried the second dress on.

“We never even discussed it,” Emanuel told People in 2011. “We wanted to make sure that we had something there. It was for our own peace of mind, really.”

The Emanuels even made a spare skirt for the ivory taffeta gown, just in case Diana spilled coffee on their original creation.

But Emanuel admitted that she has no idea where the backup dress is now.

“I don’t know if we sold it or put it into storage,” she told the Daily Mail. “It was such a busy time. I’m sure it’ll turn up in a bag one day!”

The designers knew Diana’s wedding gown would be historic

The details of Diana’s wedding dress were so secret, the Emanuels couldn’t even hire extra seamstresses.

Both of the designers’ mothers helped create the gown — which featured 10,000 mother-of-pearl sequins and a 25-foot-long train — as did their studio assistant and her own mother, Emanuel told British Vogue last year.

Read more: The designers of Princess Diana’s iconic wedding dress are fighting over historic sketches of it in court

“It was all about drama and making Diana a fairytale princess,” Emanuel said. “The gown was typical of early ’80s style – overblown, romantic, flouncy – but we had to get it right because we knew it would go down in history.”

“We had no guidelines or instructions, so we came up with this amazing, completely OTT gown that we knew would stand out on the steps of St. Paul’s,” she added.

The dress is also memorable for how wrinkly it got

While the Emanuels tried to think of everything that could go wrong on Diana’s big day, Savage said the dress had one major flaw.

“It was a beautiful dress, but someone should have warned them that it was going to be stuffed in the carriage!” Savage told Insider with a laugh. “It looked like it needed to be pressed.”

“It was a beautiful dress, very ’80s, very her,” she added. “But if you look at it you go, ‘Oh my god, is it that creased?’ It would’ve never occurred to anyone that it would have screwed up that badly.”

Emanuel also admitted in past interviews that she was “horrified” when she saw Diana step out of the carriage.

“We did know it would crease a bit, but when I saw her arrive at St. Paul’s and we saw the creasing I actually felt faint,” she said during an appearance on ITV’s “Invitation to a Royal Wedding” in 2018.

“I was horrified, really, because it was quite a lot of creasing,” she added. “It was a lot more than we thought.”

But Emanuel said she was still stunned watching Diana walk into the cathedral that day.

“It was like watching a butterfly coming out of its chrysalis,” she told British Vogue. “She looked radiant. I think it was a combination of Diana being an amazing person and it being such a happy, remarkable time. It will stay with us forever.”