Postponements, Cancelations Continue At Jewelry, Watch And Art Fairs Due To Covid 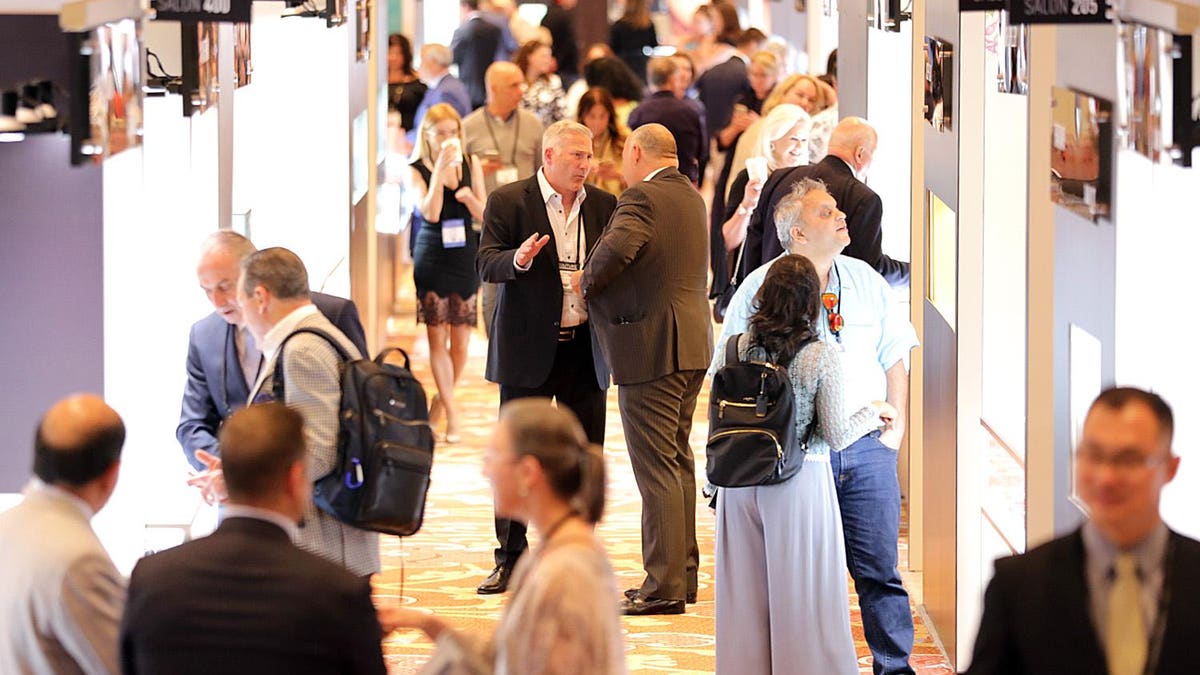 As the coronavirus health crisis continues to alter travel and face-to-face meetings, trade fairs in the jewelry, watch and art industries had to once again postpone and cancel these gatherings. However, unlike 2020 when there were mass cancellations, organizers of these events are working hard to adjust their dates and attract as many participants as possible.

Las Vegas in Late May and early June is a gathering place for a number of jewelry and watch fairs. Last year every show was canceled. This year, the largest shows are working hard to host these events, moving them to August and trying to attract as many participants as possible.

The latest to mark changes to its schedule is the Couture Show, the invitation only luxury jewelry trade fair at the Wynn Las Vegas. The fair will now be held August 24 – 26.

“By pushing the show date back by nearly three months, the Couture community will have the opportunity to gather together in person with a greater sense of comfort and peace of mind,” said Gannon Brousseau, Couture director and EVP of Emerald, which owns and operates the show.

The 2021 show will be held in a new events area at the Wynn that combines indoor and outdoor spaces.

Joining Couture this year are watch brands that normally exhibit at Couturetime, a sister show of Couture normally held at the adjacent Encore Resort at Wynn. Combining these shows is a one-time solution to the scheduling changes, a Couture spokesperson said.

In addition to Couturetime, the new show dates created the opportunity for another Couture sister show, the Las Vegas Antique Jewelry and Watch Show (dedicated to antique and estate jewelry and watch dealers), to host its 2021 event in the Wynn ballrooms formerly occupied by Couture. It will be held on the same dates as Couture. This show is normally held at another location in Las Vegas, most recently the Las Vegas Convention Center. The temporary move to the Wynn allows attendees of both events to access both shows in the same venue.

Couture’s date changes followed the announcement that the JCK Show and Luxury by JCK jewelry trade fairs will be held at the end of August at The Venetian Resort & Sands Expo in Las Vegas.

Two of the largest colored gem associations have yet to commit to exhibiting in Las Vegas. They are AGTA GemFair Las Vegas, operated by the American Gem Trade Association, which was recently associated with Couture; and the International Colored Gemstone Association (ICA), which was recently associated with JCK Las Vegas. Representatives of both shows said they are working toward participating in some way.

Made In Italy Jewelry Trade Fairs

Vicenzaoro, Italy’s largest jewelry trade fair, will be held September 10 – 14 in Vicenza. The fair includes T.Gold, dedicated to jewelry-making machinery and technologies and VOVintage, for the vintage watch and jewelry marketplace.

OroArezzo, the international fair dedicated to the gold jewelry industry in the Tuscany region will be held June 12 – 15 in Arezzo.

On March 23, IEG will introduce “We Are Jewellery,” a digital B2B platform designed to present new jewelry collections remotely to buyers throughout the world.

There is one cancellation to the jewelry schedule. The Original Miami Beach Antique Show (OMBAS), which was set to take place in mid-March at the Miami Convention Center will now be held January 20 – 23 at the same venue. The event is for antique and estate jewelry and watch dealers.

The Swiss watch industry has had to adjust to the pandemic as well. In fact, the Fondation de la Haute Horlogerie (FHH), which operates the Watches & Wonders annual watch fair (formerly known as SIHH), made multiple adjustments to the schedule of its 2021 show.

First FHH canceled the live event in Geneva and moved it to its digital platform, which was first used in 2020. More recently, the organization announced that it will add an accompanying live event in Shanghai.

The live event in Shanghai will be held in late April at the West Bund Art Center (specific dates haven’t been announced). A total of 15 watch brands will be participating. They are: A. Lange & Söhne, Baume & Mercier, Cartier, Chopard, IWC Schaffhausen, Jaeger-LeCoultre, Montblanc, Panerai, Piaget, Roger Dubuis, Rolex, Tudor, Ulysse Nardin and Vacheron Constantin. It will be the second Watches & Wonders live event held in Shanghai. The inaugural event was held in September 2020.

Meanwhile, all is quiet at HourUniverse, the watch and jewelry show that was previously known as Baselworld. The trade fair originally scheduled April 8 – 12 at the Basel Fairgrounds now has a message on its website that says “due to the prevailing COVID-19 pandemic, we are assessing new dates to hold a live HourUniverse show in Basel in 2021.” The show is owned and operated by the Swiss exhibition company, MCH Group. However, there is no mention of HourUniverse on the MCH website.

The world’s largest art fairs have been dealing with the same issues in trying to set 2021 show dates.

The European Fine Art Foundation has set a new schedule for its fairs in Europe and the U.S. Its signature show, TEFAF Maastricht, normally held annually in March in Maastricht, Netherlands, will now take place September 11 – 19, with preview days September 9 – 10.

Along with the live art fair, a digital component, “TEFAF Online,” will be held in September.

TEFAF New York Spring 2021, normally held in May at the Park Avenue Armory, has been postponed till 2022.

The Art Basel 2021 international art fair held annually in Basel, Switzerland, has moved its dates of its show from June to September 23 – 26. The fair is owned and operated by the MCH Group.

These new dates are all set in stone … until it isn’t.