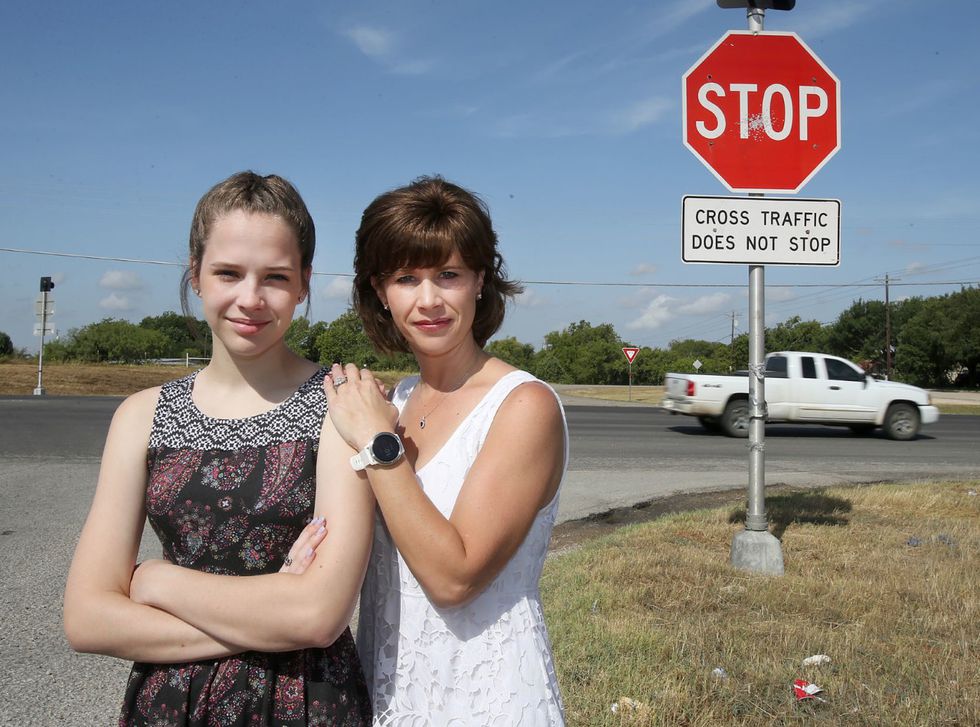 MCLENNAN COUNTY, Texas (KWTX) – A serious crash involving a prominent Waco woman is re-igniting an effort to get a traffic signal installed at an intersection in McLennan County.

“It is just precarious,” said Lorena resident Terri Rohrer. “It literally is an accident waiting to happen.”

Rohrer lives three minutes away from the intersection at Chapel Rd. and Old Lorena Rd. where she says crashes have been getting “worse and worse” as the area continues to experience growth.

“There have just been some terrible, life-altering injuries,” said Rohrer.

It came to a head in June of 2018 when one of the crashes involved her daughter Anna and another local driver.

“It’s his car that flipped, Anna’s went down the road and hit a tree–it really is a miracle that they’re both alive,” said Rohrer.

Since then, Rohrer has been doing research and collecting photos to fight for a traffic signal at the intersection by meeting with lawmakers and TxDOT officials.

A traffic study was done in the Fall of 2018, however, Rohrer says it determined they only qualified for a traffic light during rush-hour.

As a result, a fixed warning light is on the way.

“That’s great, but after the tragic accident this weekend, I just feel like our population growth, the crazy angles and speeds of this intersection, I feel like we still need a traffic signal,” said Rohrer.

The Texas Dept. of Public Safety is actively investigating the crash involving former Miss Waco Jamie Blanek who continues to recover at a hospital in Temple after she was flown from the scene.

Blanek was hit by a car and seriously injured while rendering aid to motorists involved in a crash at the intersection.

“This is just one of those crashes we wish could have been avoided,” said DPS Sgt. Ryan Howard.

Howard praises drivers who stop and help other motorists, but he says they need to take care of their own safety, too.

“If you find somebody that needs assistance on the side of the road, what we encourage you to do is find a safe location where you can actually help,” said Howard. “It’s a good thing to do to help people out and make sure they’re okay, but take a step back and evaluate the whole situation, you want to make sure you help without putting your self in danger.”

On a dark roadway, like it was Saturday night, Howard says it’s important to provide light.

“You want to make sure you have your hazard lights on and park your vehicle out of the roadway in a way where you can use your headlights to provide additional light to the area,” said Howard. “Also if you can get on the shoulder and away from the vehicle, that’s the best thing you can possibly do to prevent from being involved in a crash while assisting another motorist.”

It’s also important to call 911 and notify them of the wreck, Howard says, and try to get someone else out there to assist you in watching for traffic.

“We have seen many crashes occur from people trying to help others, we want to prevent those crashes from occurring, so motorists need to keep an eye out for what is going on, constantly view the area, don’t be on your phone distracted, don’t be trying to change the radio, pay attention to the road, make sure your vehicle conditions are good, that your headlights are working and you can see out of your windshield,” said Howard.

Rohrer says the secondary crash involving Blanek, sadly, could be a game-changer in making the intersection safer in the future.

“A lot of people in our community know this sweet woman that was so terribly injured, and so I think that really hits home for a lot of people,” said Rohrer.

As of Monday night Rohrer’s petition had more than 5,000 signatures: she said 1,000 of them had come within 48 hours.