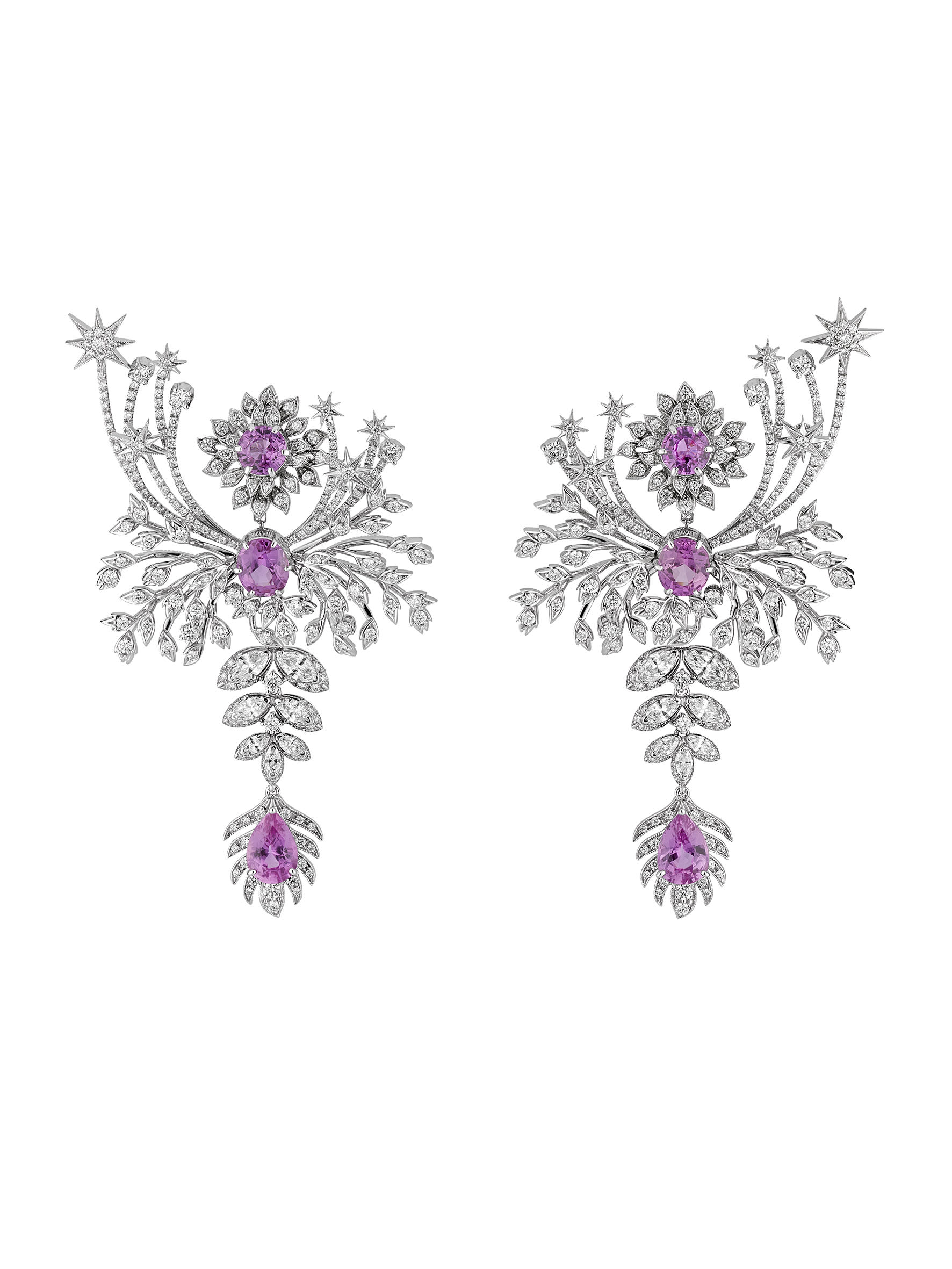 MILAN — Nature continues to be a boundless source of inspiration for Gucci’s creative director Alessandro Michele.

The Florence-based house is presenting its second high jewelry collection, which Michele named Hortus Deliciarum, or “Garden of Delights,” from Latin to English.

The presentation will be staged at the mid-19th-century, neoclassical residence Villa Pallavicino in Stresa, Italy, June 20 to 26.

The collection reflects Michele’s iconography and aesthetics and is inspired by the ever-changing hues of the sky at different times of the day and its constellations.

Michele, as reported, shone the light on Gucci’s high jewelry designs also presenting his most recent collection, called “Aria,” in April. “Everything must return to life, not be closed in vaults. I have a great passion for jewelry, they are our families’ history and are never dead — just like the brand,” Michele told WWD at the time, as usual wearing elaborate rings on every finger.

Hortus Deliciarum comprises more than 130 designs, largely one-of-a-kind, and its motifs are divided into four chapters.

The first chapter is an ode to the beauty of natural landscapes, miniaturizing waterfalls through a cascade of diamonds, for example. Michele worked with fringed and tasseled necklaces and chandelier earrings and violet and plum-colored spinels floating among dangling drops of diamonds, or Paraiba tourmalines used to evoke the bright azure of the ocean.

A sky at sunset is at the center of the second chapter with opals and topazes sitting alongside spessartite garnets and tourmalines on a Georgiana collet-set Rivière necklace with an 8-carat opal set with twilight-hued gemstones. Michele described this construction as “discordant symmetry,” slightly mismatched to channel the concept of sunset.

The third chapter hinges on a romantic rose garden, represented by rococo bows and sautoirs paying homage to the poetic universe of botanicals. Here, gems include a pinkish-orange Padparadscha sapphire, or the deep indigo of the indicolite tourmalines. Some necklaces are designed with detachable pendants to be worn as charms, but there are also several dazzling brooches.

The fourth chapter revisits the staple animals dear to Michele, from the lion to the tiger. Sky-blue tanzanites recur throughout, clasped by roaring lion heads and paired with serpentine opals and verdant tsavorites. In one collier-style necklace, a 16.36-carat opal is surrounded by 22 leonine figures. The designer introduced yellow in the collection through the use of several beryls.

Each animal is also surrounded by flowers, leaves and stars in ornate diamond settings and hidden engravings.

In April, Gucci launched its first high watchmaking collection, made in Switzerland, as reported.

Crucifix watches nod to the Renaissance, embellished with pavé-set dials and star-spangled spinels. A bangle watch is imbued with 275 perpendicular Art Deco diamond baguettes, with a striking concealed turquoise dial.