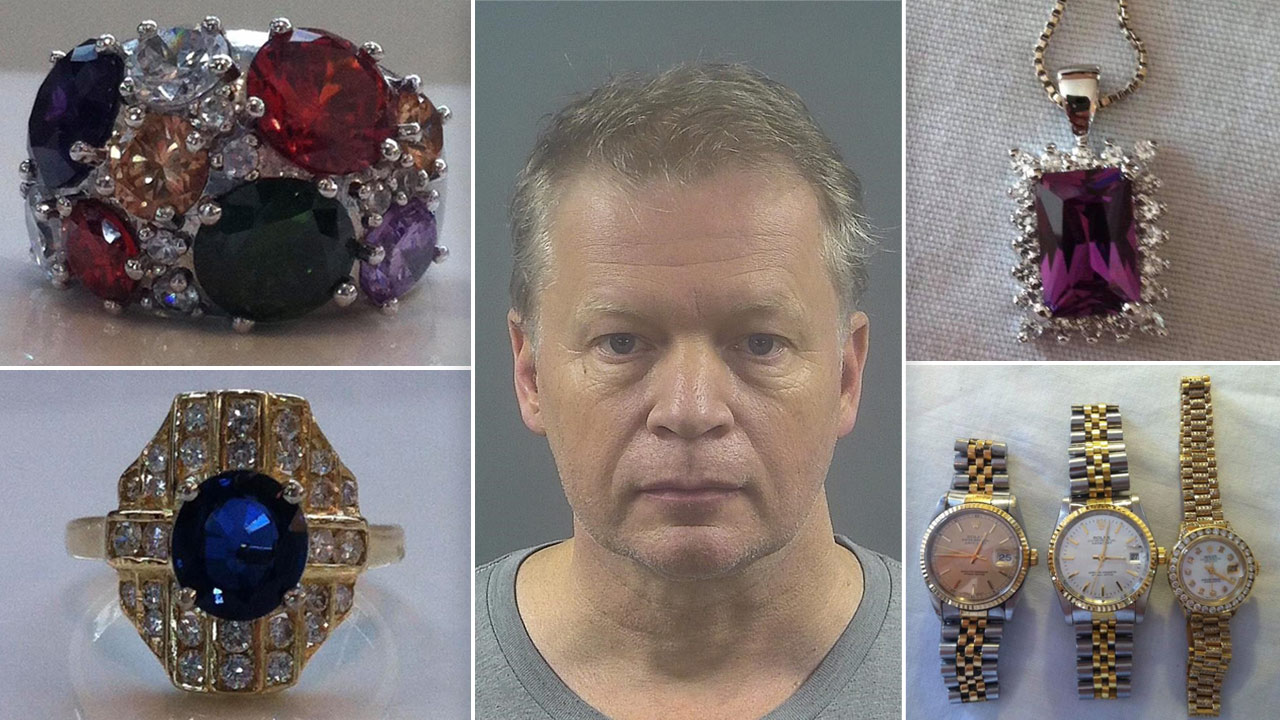 NASHVILLE, Tenn. (WKRN) — A man listed as the co-owner of several Middle Tennessee jewelry stores has been arrested for his alleged involvement in a violent heist of more than one-million dollars in jewelry belonging to the late provost of Western Kentucky University.

An arrest warrant states Bowling Green police responded the morning of July 13, 2020 to a burglary on Smallhouse Road, where three people armed with guns entered the residence and assaulted an employee, who was working in the home office.

The paperwork reveals the female employee was restrained with zip ties while the intruders removed a large safe, containing an estimated 300 to 400 pieces of jewelry valued at approximately one-million dollars.

Throughout the investigation, Bowling Green police and the FBI said they identified multiple people who were at the Smallhouse Road residence at the time of the burglary, as well as additional people who were not physically there, but provided information about the residence, equipment to commit the robbery and took possession of the safe and the stolen jewelry.

The warrant states data from a phone traced back to Belew showed he traveled from Tennessee to Kentucky on the day of the robbery, was in Bowling Green at the time the crime was committed and then returned to Tennessee after it was over. Court documents also allege text messages sent from the phone appear to reference accessing the stolen safe after the heist and that it contained jewelry.

The Bowling Green Daily News reports the home on Smallhouse Road belonged to the late Western Kentucky University provost Barbara Burch and the three intruders disguised themselves as delivery workers to gain access to the residence.

Javier Nunez, 41, and Nicolas Cruz Palacios, 41, both of Old Hickory, Tennessee, were already charged with first-degree robbery, kidnapping and second-degree assault in connection with the incident.

Jeffery and Patricia Weisman had also been charged with complicity to commit robbery, as well as complicity to assault, kidnapping and theft. A police report states they knew the people living in the home, had inside knowledge of the safe’s contents and hired the people who committed the robbery.

During a court hearing for Belew, Bowling Green Detective Tim Buss identified him as one of the owners of American Jewelry, which has locations in Brentwood and Mt. Juliet. The business’ website listed “Sonny” Belew as the “owner/master jeweler,” alongside two other owners, but the website’s staff page was removed Thursday afternoon.

“We continue to be as honest, honorable and caring as we have always been and have not been suspected or accused of anything,” he added. “He’s my son and I love him.”