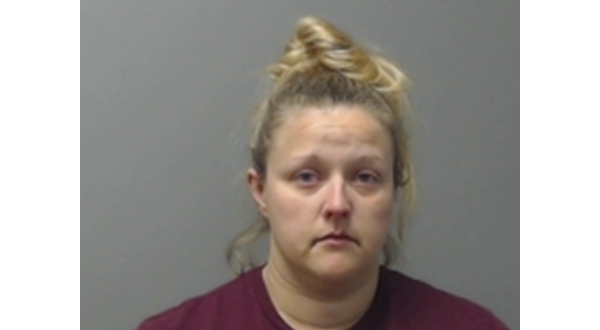 A Mountain Home woman has been arrested for allegedly stealing jewelry from her employer. Charged with a felony count of theft of property is 33-year-old Whitney Lynann Roof.

According to the probable cause affidavit in the case, the Baxter County Sheriff’s Office was contacted by the victim Monday about the theft of jewelry from her home on Old Tracy Road. The victim told investigators she started noticing items missing last summer. This past week she did a complete inventory and discovered more pieces of jewelry missing.

The victim says she has security system with cameras, a coded keypad on the front door and keeps her home locked when she is not there. There have been no attempts at forced entry into the home. Because of this, the victim believed the thefts may have been done by two women who do house cleaning and have access to her home.

Investigators discovered Roof, had pawned jewelry at two local pawn shops which matched the missing jewelry. The value of the stolen jewelry was in excess of $9,800.

During an interview with investigators, Roof took full responsibility for the theft, stating her coworker had no involvement or knowledge of the theft.

Roof was arrested and charged with theft of property, a Class C felony. According to online records, she was booked into the Baxter County Detention Center at 1:27 Tuesday afternoon and released on a $5,000 bond about an hour later.