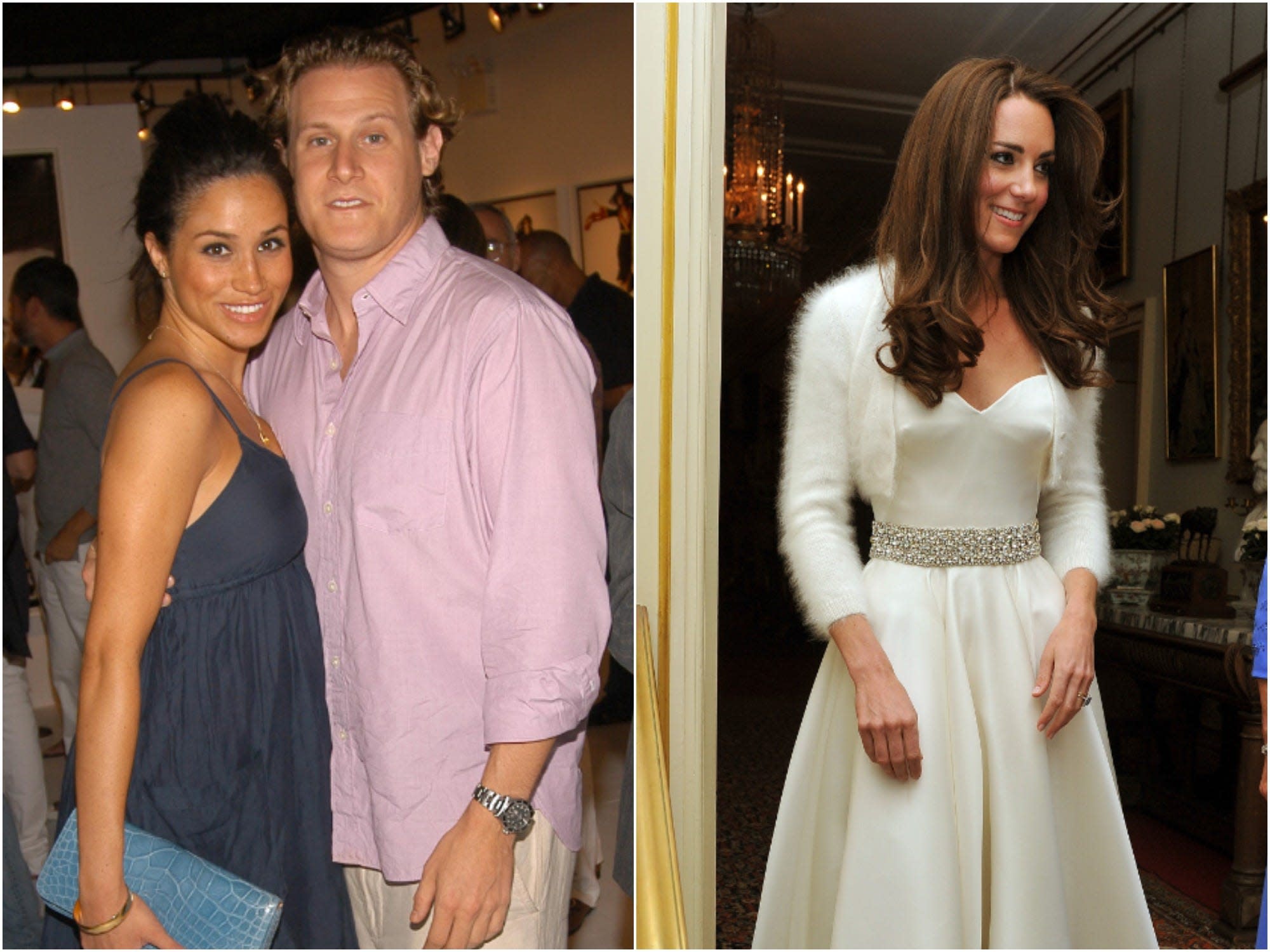 Before she married Prince Harry in 2018, the Duchess of Sussex was married to Hollywood producer Trevor Engelson from 2011 until 2013.

Markle and Engelson tied the knot at the Jamaica Inn in Ocho Rios, Jamaica during a four-day celebration with family and friends in September 2011, Insider previously reported.

The former actress wore a strapless white gown with a silver jeweled belt, as shown in photos posted to Instagram that were recently re-shared by Hello! Magazine.

The dress resembles the Alexander McQueen gown worn by the Duchess of Cambridge to her wedding reception at Buckingham Palace in April 2011 – just five months before Markle’s nuptials.

While it’s not known whether Markle was inspired by her future sister-in-law’s dress, it’s true that she was a fan of Middleton’s before they met.

The Duchess of Sussex referenced “Princess Kate’s” royal wedding in a blog post for her former lifestyle website, The Tig, in 2014.

“Little girls dream of being princesses. I, for one, was all about She-Ra, Princess of Power,” she wrote. “And grown women seem to retain this childhood fantasy. Just look at the pomp and circumstance surrounding the royal wedding and endless conversation about Princess Kate.”

Markle’s wedding dress for her 2018 nuptials to Prince Harry was a complete departure from the gown she wore to her first wedding.

The dress, designed by Givenchy’s Clare Waight Keller, featured a bateau neckline and a 16-foot long veil, which was embroidered with the national flowers of each of the 53 Commonwealth countries.

Markle even helped design the dress. The duchess and Waight Keller worked “closely together on the design, which epitomizes a timeless minimal elegance referencing the codes of the iconic House of Givenchy,” Kensington Palace previously wrote in an Instagram post.