Is any woman as synonymous with another creature as Mariah Carey is with a butterfly?

This week, the singer celebrated the 30th anniversary of the release of her groundbreaking album Butterfly, and now she celebrates the arrival of her collaboration with the jeweler Chopard, which launches in stores and online today, September 16. The pieces, a mix of butterflies rendered in diamonds on rings, bracelets, earrings, and a breathtaking statement necklace, commemorate Carey’s longtime affinity for the creature who helped her conceptualize her life as an independent artist at the top of a male-dominated music industry. She describes the process of seeing and wearing the pieces, while simultaneously celebrating “my favorite album that I’ve done,” as an emotional experience. “It’s a major moment, and it’s a full circle moment,” she says. Here she tells us about conceptualizing the collection, her daily jewelry wardrobe, and how she will wear the pieces.

Harper’s Bazaar: I want to start by talking about this incredible butterfly necklace.

The enduring symbol of the butterfly—I mean, we can go on and on about different people’s interpretations and feelings. My own personal feelings are so very specific to my album Butterfly and that period of my life, which we are celebrating the anniversary of this year, [coincidentally] at the same time that this is all happening, right? Because we’ve been working on this [with Chopard] for two years together, and it happened by accident [that] we’re re-releasing the Butterfly album, which is my favorite album that I’ve done.

And yes, I have a very specific relationship with the butterfly and just the whole metamorphosis of it. The way that I had to come through a very difficult time in my life and, you know, like they say, you’ve gotta go through something to get something.

I had to get to that place where I felt empowered enough to metaphorically fly and be free from that place where I was. I started out in this industry as such a young girl in a really difficult world, dominated by men. I wrote this song as I was leaving this mansion that I had paid for half of, and [where] I had sort of created my own little prison, not really deliberately, but it ended up feeling that way. And I was leaving and I wrote the lyrics and the melody to [the song “Butterfly”]: Spread your wings and prepare to fly / for you have become a butterfly.

And so that’s always stuck with me.

I’ve made many albums since then, but it’s just very specific to me. So to see this magnificent butterfly necklace, and the ring—I mean, it was so much to even be able to say, I collaborated on this. To be able to admire the craft—I don’t want to say “craftsmanship.” Please give me another word.

HB: The creation, the artistry?

The artistry! That’s what it is. Just to be able to collaborate with Chopard and doing this collection is a humongous honor. I’m just here, ready to put some diamonds on and hang out. Whatever! 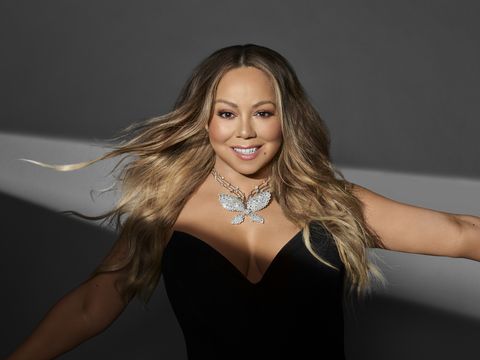 HB: What is your daily jewelry wardrobe? Are we wearing the butterfly ring every day and the necklace for special occasions? Or is there a different routine here?

I am not really one for routines of any sort. I’m not a dancer. I don’t really like to follow rules. So I would wear any piece on any occasion. But right now i’m wearing a bracelet that my daughter made for me that says “Lamily” on it, which is an homage to my fans made of little beads and elastic, with some diamond bracelets.

I would wear any piece from the collection in a casual moment, or more specifically the Happy Butterfly collection, which I love so much. I think they’re gonna look gorgeous stacked with even just a T-shirt and jeans, leggings, a simple dress. There’s just really great pieces that are attainable, as well as those gorgeous—I don’t find them over the top, some might say they are; they’re major—pieces that I live for.

They are really major. And they feel so you. I can see you wearing this incredible butterfly necklace with a T-shirt, or these enormous leaf earrings.

I would do that! I’m so ready to wear those. When Caroline [Scheufele, the president of Chopard] was evolving and creating them, she was explaining them to me and I knew exactly what she meant, but when I saw them, I was losing it. I mean, they’re just sick. It’s beyond. They’re so good. [Laughs.]

I feel like Caroline probably has incredible chemistry with anyone cuz she’s so fun and carefree. I love that about her. She’s also an artist and a businesswoman, and to work with her to make this collection together, [it feels] even more extra special because it was my idea and I was able to watch it happen. 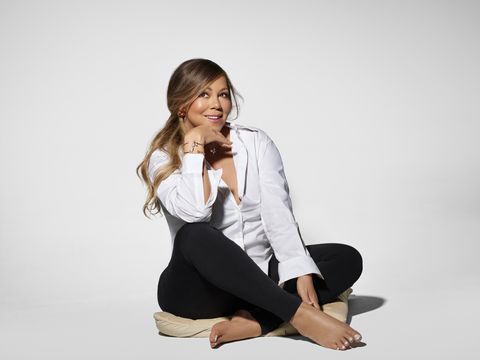 Would you say it’s true that diamonds are a girl’s best friend?

Well, considering the people I know, for sure. Maybe the exception of one or two. You know, at the end of the day, they’re not going to steer you wrong!

Do you feel like jewelry plays an important part in your life spiritually? It can be armor, but it also reflects the essential feminine aspects of who you are.

That’s interesting. I’ve never thought of it that way. There were little things, little pieces that I’ve had throughout my life, where they did have their own—I wouldn’t say spiritual, but they had a sort of special significance to me where I would keep them on no matter what. Swimming, whatever I was doing, I would keep them on. Because they were that special to me. And at one point I lost a piece of jewelry that I loved so much, and it wasn’t even that it was a major thing. It just meant something to me. But with this collection, everything means so much to me that I’m just excited to share it with the world. 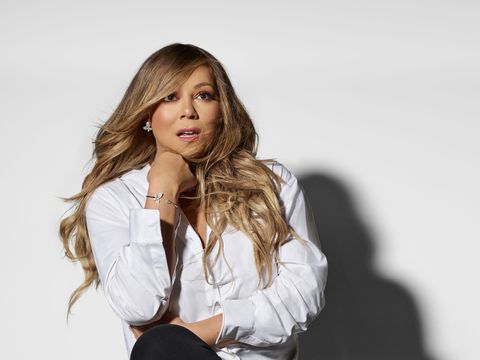 Rachel Tashjian is the Fashion News Director at Harper’s Bazaar, working across print and digital platforms. Previously, she was GQ’s first fashion critic, and worked as deputy editor of GARAGE and as a writer at Vanity Fair. She has written for publications including Bookforum and Artforum, and is the creator of the invitation-only newsletter Opulent Tips.