Man sought for questioning in connection with theft of $71K in jewelry from store at S.I. Mall 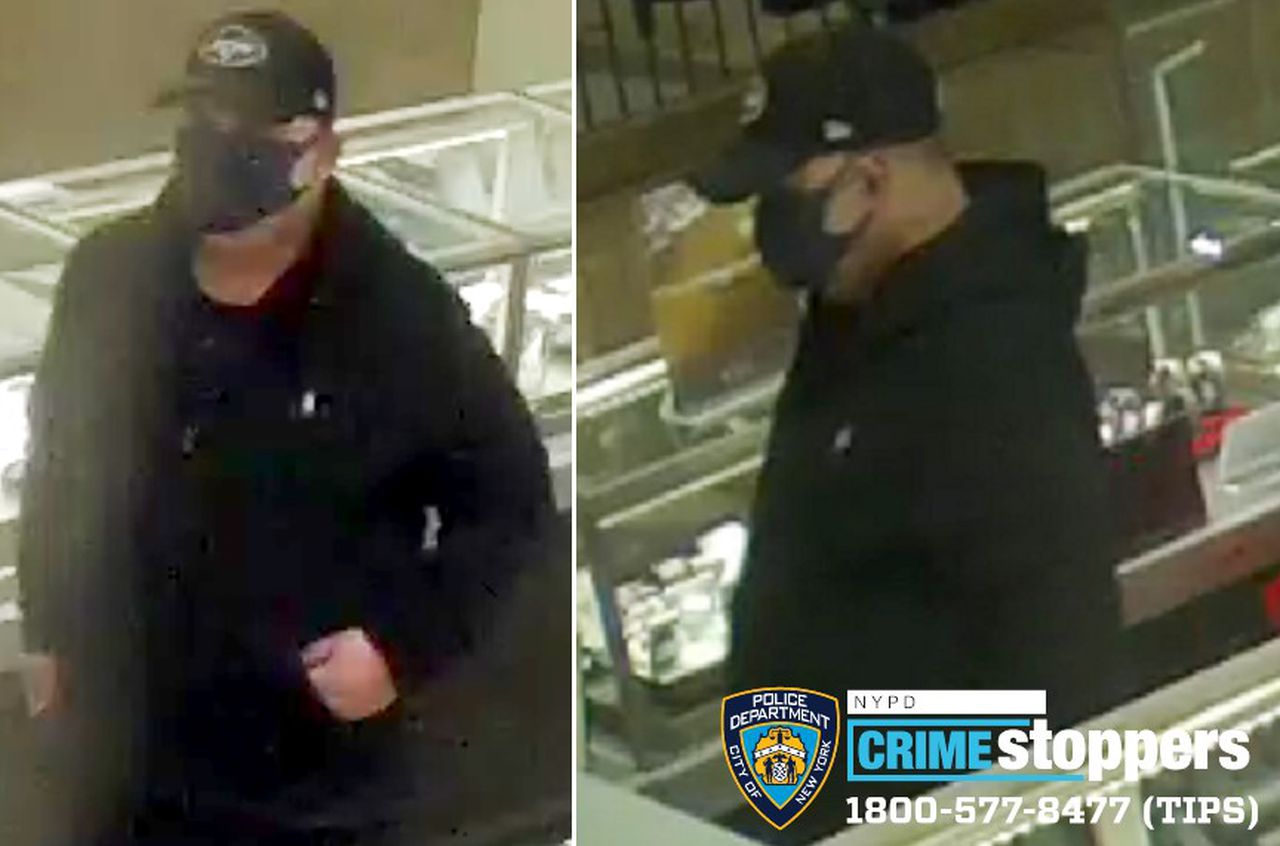 STATEN ISLAND, N.Y. — Police are asking the public’s help in identifying a man sought for questioning in connection with the theft of $71,000 worth of jewelry from a store at the Staten Island Mall early in December.

On Dec. 7 at around 5:35 p.m., a man posed as a customer at Kay Jewelers and asked to view jewelry for purchase, according to a statement from NYPD’s Deputy Commissioner of Public Information.

As soon as the 21-year-old employee opened the jewelry display case, the man grabbed eight necklaces and fled the store on foot, the police statement said.

The necklaces are worth about $71,000, according to police.

The NYPD released a photo of a man sought for questioning in the incident, taken from cameras at the store.

The man is described as white, between 30 and 40 years old, who was seen wearing a black baseball cap, a black facemask and clothing and blue sneakers, police said.

Anyone with information in regard to this incident is asked to call the NYPD’s Crime Stoppers Hotline at 1-800-577-TIPS (8477) or for Spanish, 1-888-57-PISTA (74782). The public can also submit their tips by logging onto the CrimeStoppers website at WWW.NYPDCRIMESTOPPERS.COM or on Twitter @NYPDTips. All calls are strictly confidential.