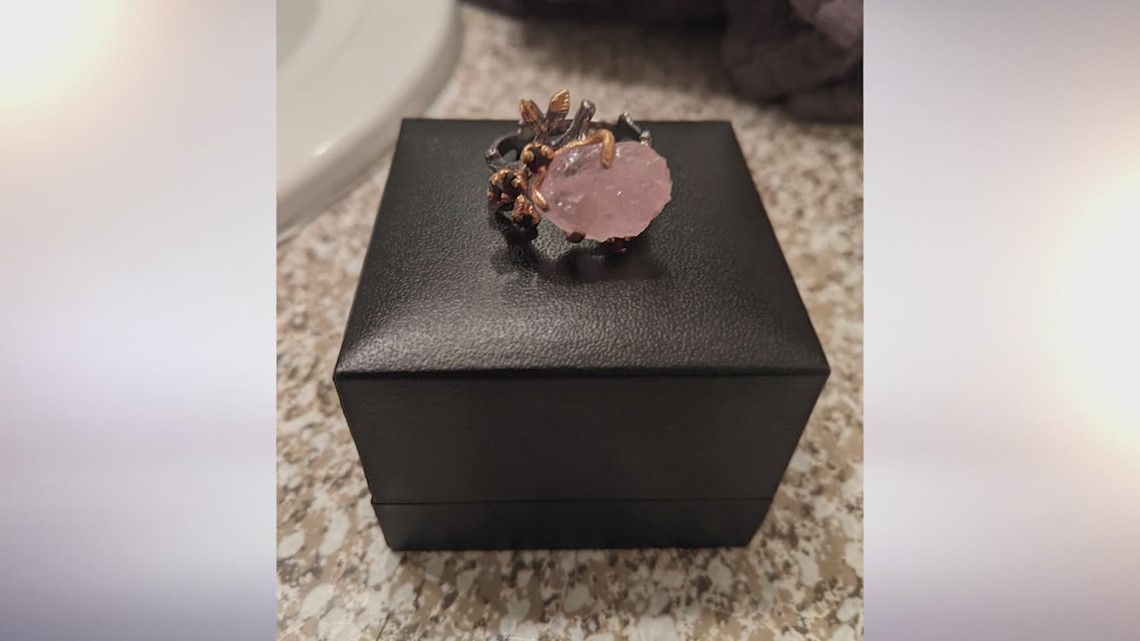 “It wasn’t just anything that you could go to the nearest jewelry store and pick out,” Becca Bryant said.

HOUSTON — To Becca Bryant, it was the perfect ring.

“It’s so unique and it just felt really like me,” Bryant said.

Rough cut and one-of-a-kind, it was made for her.

“It wasn’t just anything that you could go to the nearest jewelry store and pick out,” Bryant said.

The proposal during a game of Dungeons and Dragons was even better.

“He made the ring a loot item in a chest in a room that we found,” Bryant said.

She’s not a jewelry person, but this was one piece Becca never planned to take off. But she did on Wednesday when she washed her hands at a Kingwood gas station on the corner of Northpark Drive and W. Lake Houston Parkway.

But when she was done washing her hands, she accidentally left the ring behind.

“I didn’t realize that until I got home,” Bryant said.

She went straight back to the gas station, but in the hour she was gone, so was the ring. No one turned it in.

“I checked one more time. Made sure it didn’t fall under the sink or in the trash can or something like that,” Bryant said.

Her perfect ring was gone.

“I ended up just sitting in my car behind the wheel, and I just starting sobbing for like 10 minutes,” Bryant said.

The worst part of all is it happened just two days before she walks down the aisle.

The wedding will be in her grandparents’ backyard. The stage is set. The flowers are cut. The ring is the only thing missing.

“I’m trying really hard to not let this make it any less special because I’m still, I’m marrying the most important person in my life,” Bryant said.

She’s posted the plea to Facebook and has been scouring social media, but now, this bride is begging anyone and everyone to help her find it.

“Most people spend thousands of dollars on rings. This one was like $200, but it’s more important to me than the money is,” Bryant said.

If you’ve seen the ring or would like to help, please email Bryant at [email protected]