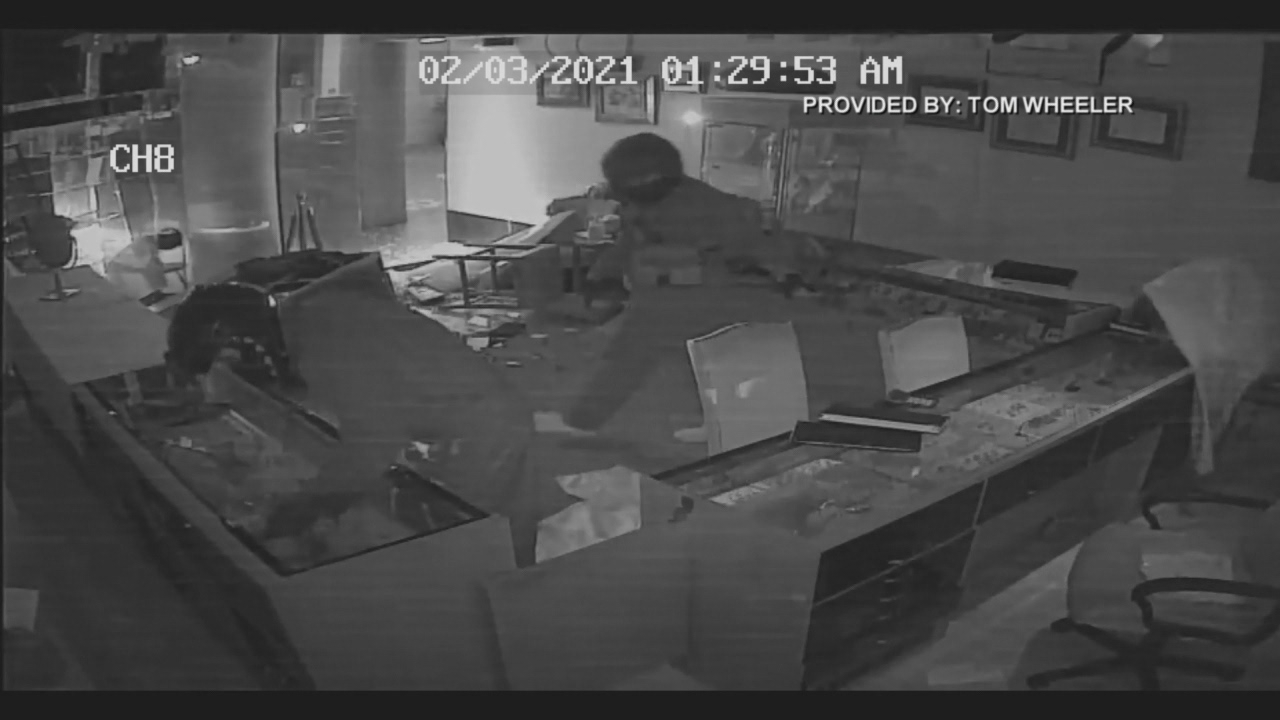 HONOLULU (KHON2) — A business owner describes Wednesday’s robbery of his jewelry store in Restaurant Row as violent, brazen and gut-wrenching. He says the thieves took several thousand dollars in goods and even more damage was done to the store.

The thieves were in and out of the store in less than two minutes and the owner says he was shocked by the amount of damage done in that short of a time. The theft happened around 1:40 a.m. at the Opal Fields jewelry store. Surveillance video shows two suspects wearing motorcycle helmets breaking in.

“They smash the glass, break in, come in, smash that case, smash the front case. Those are big glass plate windows,” said store owner Tom Wheeler.

He says the thieves smashed all the glass showcases and left an ankle-deep pile of glass. He says there were actually three of them who rode up in motorcycles when a security guard approached them.

He is still cleaning up the mess and will not be able to reopen the business for a few more days. He says fixing the damage will cost him about $30,000.

The pandemic has already hurt the business and forced him to lay off his workers. He adds that he is a member of the Hawaii Jewelry Association and there is the fear that the industry has become a prime target.

“During the pandemic, at night, it’s just very quiet and nobody’s around, and it allows these criminals to do their thing and get away with it,” said Wheeler.

The Honolulu Police Department says there has been no arrests. Wheeler is hoping that happens soon because it is likely the thieves will strike again.