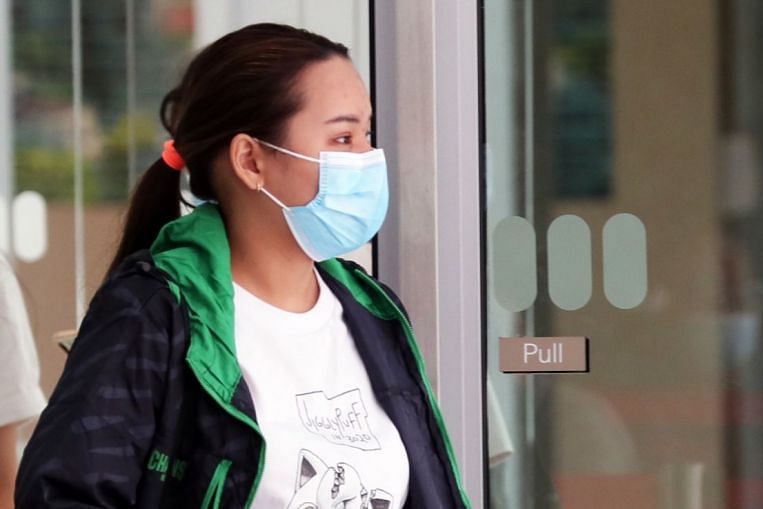 SINGAPORE – A non-medical practitioner who performed beauty treatments, including a nose threadlift, on her customers was given 10 weeks’ jail and a fine of $5,500 on Friday (May 28).

Tan Shu Min, 26, will spend an additional 22 days behind bars if she is unable to pay the fine.

She had earlier pleaded guilty to one count of acting as a medical practitioner even though she was not registered to do so and did not have a valid practising certificate.

The Malaysian had also admitted to three counts of importing health products into Singapore without a licence and one charge of illegally importing a poison.

Ten other charges were considered during sentencing.

The court heard that Tan had decided to provide beauty treatments in Singapore to boost her income.

She started advertising beauty services, such as Botox treatments and nose threadlift procedures, on social media platform Instagram in January 2019.

She would search the Internet for photos depicting people before and after they had gone for beauty treatments. She then posted the images on an Instagram account.

A customer later contacted her, and they agreed to meet at Genting Hotel Jurong. Tan checked into the hotel on Jan 24, 2019, and took the woman to a room there three days later.

She then performed a nose threadlift procedure, which included inserting threads into the bridge of the nose. Following the procedure, Tan gave the woman some oral medication, which she claimed contained antibiotics.

Tan later returned to Singapore and rented a room at a unit in Admiralty, where she received two customers on May 27, 2019.

The court heard that she injected gel into a customer’s face and applied facial cream on the other. She was arrested later that day.

A search uncovered various health products and two syringes containing lignocaine – an anaesthetic that is listed as a poison.

Tan’s bail was set at $5,000 on Friday, and she will surrender herself at the State Courts on June 4 to begin serving her sentence.

For unlawfully acting as a medical practitioner, an offender can be jailed for up to a year and fined up to $100,000.