I Unintentionally Ruined My Daughter’s Wedding 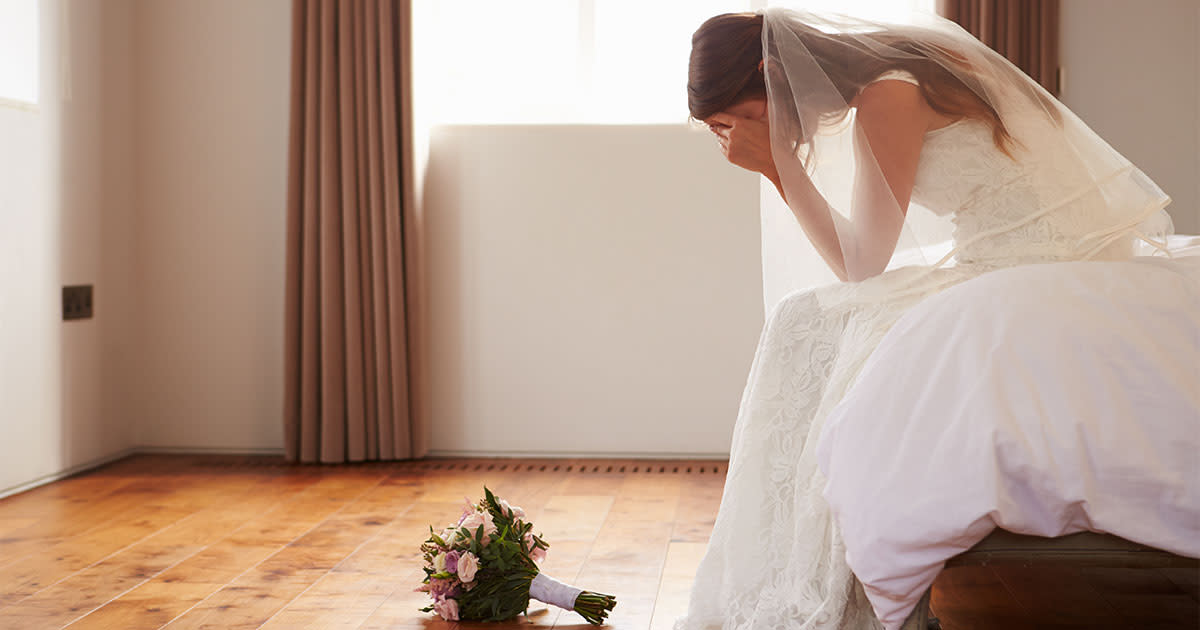 When a woman feels like she is not enough, especially when it comes to her parenting, she is likely to try to make up for that perceived lack by overcompensating. This can look like a lot of different things, but I will give you an example from my own life.

When my older daughter was getting married, it brought up all kinds of feelings in me, but the dominant thought was this: “I need to make her wedding the most amazing day ever.” I was operating from a place of feeling like a failure as a mother, since her sister, my younger daughter, had estranged herself from me years before. I was trying to make up for my belief that I am a terrible mother by pulling out all the stops for the daughter I still had in my life.

In essence, I was trying to earn my “good mother” badge back.

When she let me know this, I felt like I had been kicked in the stomach. It was a devastating blow to my attempt to convince myself that I really am a good mother. It also broke my heart that she was disappointed, because I had wanted to make her happy. You don’t get a do-over of your wedding day. Where had I gone wrong?

Related: Top 5 requests that bridezillas had for their weddings

It took months for me to recover from the grief of my failure — the grief of hurting her when I had wanted her to be thrilled with her day. I spent a lot of time wishing I could undo it. I was so heartbroken that I couldn’t even look at her wedding pictures without feeling so much shame. I love her with all my heart and never meant to hurt her.

Of course, what went wrong is that I used her wedding to serve my need to feel better about myself as a mother. I imposed my own need over her day. I was hoping to redeem myself — to be able to look in the mirror and say, “You aren’t a terrible mother, after all.” Instead, what I did was behave exactly like a terrible mother.

Fortunately, my daughter has forgiven me. But only because I did a lot of work, owning my motives, my behavior and my selfishness.

If you had asked me if I was being selfish in the midst of the planning and work of pulling off a practically perfect day, I would have been offended. I was working my ass off for my daughter. I was being selfless, not selfish. I could not have seen my motives if they were dressed in wedding finery and joined me on the dance floor. I was blind to my own pain that was driving me to make her wedding my redemption.

It has taken me several years to forgive myself for ruining her day for her. Any mother knows that that is a huge failure, and not what I set out to do. Don’t get me wrong — to the guests and onlookers, this was a fabulously successful wedding. But that isn’t what matters in the end. What mattered was for my daughter to have a day that felt right to her.

Once I did the work to realize that my own pain was driving the train, I have been able to see other times when I was overcompensating to the detriment of my children. Always, my overcompensating was because I wanted my children to be happy, but it was also in the service of my need to be believe I am wonderful mother. To have my children do as the Bible says, and “rise up and call me blessed.”

How many mothers get caught in this same trap? I would be willing to bet a lot of us have. It is partly because of the expectations society has about how we should perform as mothers. Those expectations are so unrealistic as to be ludicrous, but, by god, we bust our tail trying to meet them. When we fail, we get caught in the trap of self-loathing that rises up as overcompensating. “I may have failed that test, but I am going to get this one so right no one can ever say I am not a good mother.”

When we try to do more for our children than they need or want us to do, when we unknowingly require them to make us feel better about ourselves as a mother, when we impose our ideas and perfectionistic tendencies on them, we are negating our attempts to be good mothers. This is where it gets sticky for so many of us. Admitting we have messed up just confirms our worst fears: we really are a miserable failure as a mother.

It is hard for a mother to look at her own behavior and admit she is to blame. When the result of our behavior does not match our intent, it causes a kind of cognitive dissonance that can be nearly impossible to overcome. “But I tried so hard to be a good mother! How could she think I am a bad mother? After all I have done for her and all the sacrifices I made?”

This is the worst feeling in the world for a mother who sincerely wants to be a good mother, and needs to believe she is. To face ourselves and see that we have been our own worst enemy is excruciatingly painful. Even more painful is the realization that our intentions to be “the best mother ever” actually caused harm to our child. It seems more than any mother can bear. I have been there.

How you handle this realization will make or break your relationship with yourself and your children. If you allow yourself to get mired in self-pity or self-loathing, suffice it to say you will not be of any use to yourself or your child. Or you might go into denial, refusing to see where you messed up. Neither of these responses will make you a better mother.

If instead, you can look at your mistakes, understand what motivated you to make them and own them as part of being a flawed, imperfect human, then you are on track to heal yourself and your relationship with your child.

It is in looking at the bald truth without turning away that we can begin to recognize when we are going off course in the future. When you know that what motivates you is the need to be seen as a good mother, you can begin embracing yourself as an imperfect mother. My daughter said to me, after we worked through all the charged emotions of the wedding day failure, that it was the moments in my life I was imperfectly human that helped her the most. It gave her a template for how to be a competent, albeit flawed human being herself.

One of the biggest problems mothers who overcompensate have is the inability to allow themselves to be human and to offer compassion and forgiveness to themselves for being so. When we can learn that it is okay not to be whatever our version of a “perfect” mother is, then we can relax into meeting our kids on an even plane of imperfect human to imperfect human. When we can admit to our kids that we screwed up, and own the fact that we hurt them in the process, we can begin to really earn our good mother chops.

If you recognize yourself in any of this, please don’t be hard on yourself. Self-awareness if the first step to freedom. Learning to be less than perfect opens us to allowing our children to tell us what they need instead of us imposing on them what we need them to have to make us feel better about ourselves. Remember, the desire to be a good mother is not a bad thing. Not recognizing that we already are is when we get ourselves into trouble.

See the original article on ScaryMommy.com