Gem of an LIRR conductor returns $107,000 in lost jewelry 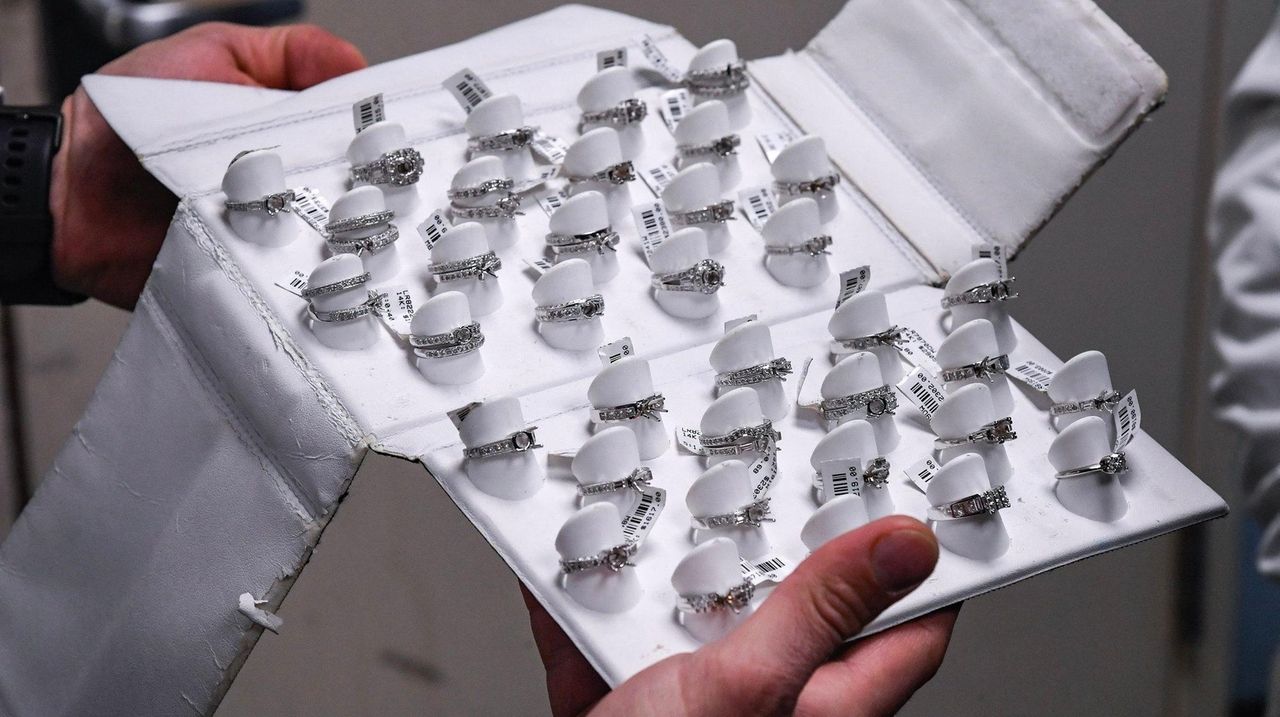 A Long Island Rail Road commuter was reunited Friday with $107,000 worth of jewelry that he accidentally left on a Port Washington train, and with the LIRR conductor who found it.

Ed Eleasian, of Roslyn, said he was returning home from working in Manhattan Thursday night with a bag containing several engagement ring settings that he planned to show to a prospective customer. Distracted by a phone call, Eleasian got off the train at Plandome station without his package.

Just after the doors closed and the trained pulled away from the station, LIRR conductor Jonathan Yellowday, a brakeman on the train, “noticed in the five-seater, there was a plastic bag.”

“I inspected it and it wound up being 36 rings,” said Yellowday, 38, who has worked for the LIRR for eight years. He said protocol required him only to leave the package at the nearest lost and found — in this case, at Port Washington.

“I decided, ‘That’s not good enough. This needs to get back to the owner as soon as possible,” Yellowday, of Murray Hill, Queens, said.

Yellowday rode the train back to Penn Station and brought the package to MTA Police, who went about trying to contact its owner.

It wasn’t until Friday morning that Eleasian, of Manhattan jewelry business Elie International, realized the jewelry had gone missing. Uninsured for the items, Eleasian said not finding them would have been ruinous.

The best of Newsday every day in your inbox.

“He really did go out of his way to do the right thing,” Eleasian said of Yellowday, with whom he had lunch Friday. “I’m so grateful that he did that. He could have easily just dropped it off at the lost and found and said, ‘It’s someone else’s problem. Let them fix it.’”

LIRR president Phillip Eng on Friday presented Yellowday with a plaque and commended him for his “heroic actions and saving the day for 36 future couples.”

Eleasian intends on giving Yellowday his own token of appreciation.

Alfonso Castillo has been reporting for Newsday since 1999 and covering the transportation beat since 2008. He grew up in the Bronx and Queens and now lives in Valley Stream with his wife and two sons.