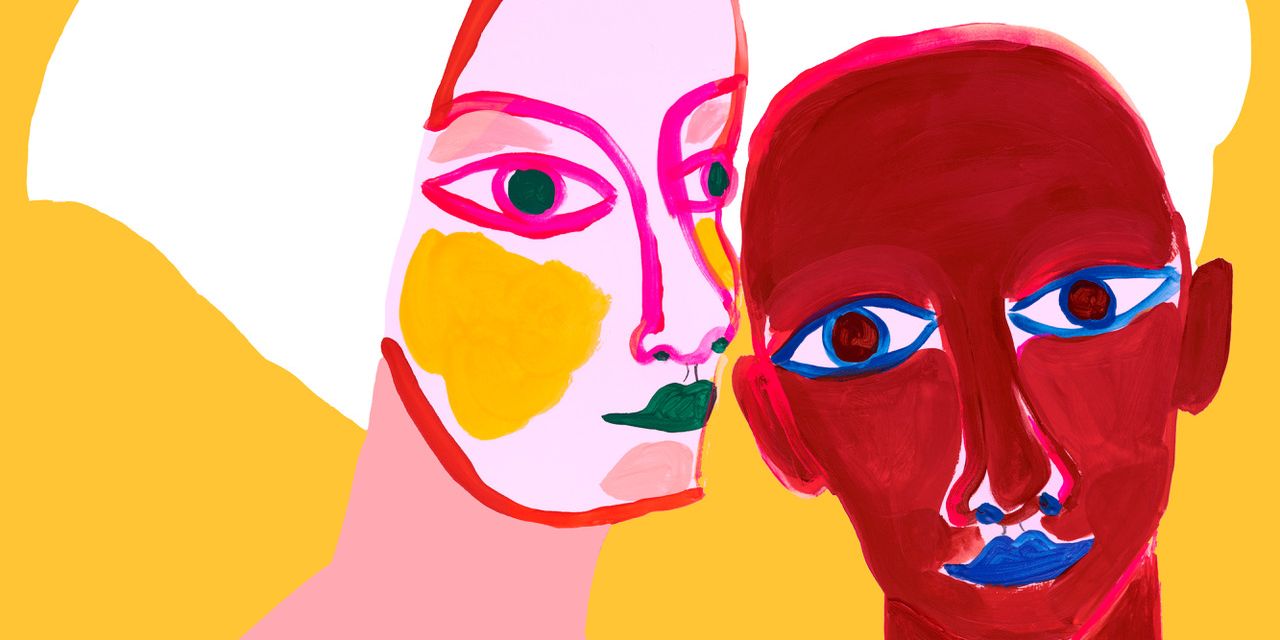 In early December a tweet by writer Emily Nunn about Mank, the Netflix movie about Citizen Kane co-writer Herman J. Mankiewicz, went viral. The tweet read: “Herman J. Mankiewicz’s wife, Sara, was born in 1897, the same year as her husband. In the David Fincher movie Mank, she is played by a 33-year-old actress [Tuppence Middleton]. Gary Oldman, who plays Mankiewicz, is 62. We don’t feel invisible. You erase us.” The experience that women of a certain age have of being erased from public view is not limited to representation in Hollywood; the beauty and fashion industries have long been just as guilty, often prioritizing youth and the appearance of it. In one famous example, Isabella Rossellini was not renewed as the face of Lancôme once she reached her 40s.

But in 2018, more than 20 years later, Lancôme made Rossellini, then 63, the face of its Rénergie Multi-Glow, a moisturizer targeted to the needs of women in her age bracket. “The product is not about hiding your age, but rather investing in your skin health,” says Verane de Marffy, senior vice president of marketing at Lancôme USA, via email. “In a beauty market that focuses so heavily on ‘anti-aging,’ it’s a more inclusive message.” This came a year after Allure magazine resolved to stop using the term anti-aging in its articles. It could be argued that it’s all a question of semantics: Even when products aren’t labeled anti-aging, if they are sold with claims of addressing wrinkles and sagging skin, what’s the difference? But approach matters, as does visibility, particularly for the many consumers who fall into the over-50 category. “The 50-plus demographic makes up the largest percent of the population with the highest amount of spend,” explains Maude Brunschwig, senior vice president of marketing at L’Oréal Paris. The beauty behemoth’s Age Perfect skin-care line, geared specifically toward women over 50, turns 20 this year, and the brand added an accompanying makeup collection in 2020. Brunschwig says that employing spokeswomen of the target age—Viola Davis was signed at 54 in 2020, Helen Mirren at 69 in 2014, and Diane Keaton at 60 in 2006, and Andie MacDowell, now 62, has been with the brand for 35 years—has helped attract customers. “Beauty is so personal, and this type of recognition can forge a connection,” she adds. Sasha Plavsic, founder of the popular indie brand Ilia, agrees. “All the beauty industry needs to do to improve on how they address the needs of women over 50 is to simply start speaking to them with people that look like them,” she says. Ilia uses a broad range of models—all ages, all skin tones—in its ads and makeup videos on Instagram. The same goes for upstart makeup brands Kosas and Jones Road, the new venture by pioneering artist Bobbi Brown; on their social feeds, there’s a diverse range of faces, many of which have fine lines and wrinkles that haven’t been filtered or Photoshopped away. “Making something relatable and real is what people want,” Plavsic says.

Another significant shift has been the recent inclusion of menopause in the skin-care conversation. “For too long this stage of life was overlooked and minimized,” says Elizabeth Tanzi, M.D., a Washington D.C.–area dermatologist. It’s a sector that, according to venture capital firm Female Founders Fund, is ripe for investment: Its 2020 report found that, with more than one billion women worldwide expected to be postmenopausal by 2025, there’s a $600 billion spending opportunity in the form of medications, self-care products and doctor visits. And it’s a market that’s been largely untapped, despite the fact that menopause can last many years and women often feel unequipped for it. Only 36 percent of women in that same Female Founders Fund survey said they felt prepared for menopause. New menopause-specific beauty and wellness brands, like Pause, Caire and Womaness (which launches in March), have jumped on the opportunity. “There are profound changes in the skin and hair that take place during the years leading up to and following menopause,” says Tanzi. Cascading estrogen levels are to blame for many of the issues women experience. Manuela Maria Vazquez, OB-GYN and founder of LaMaria, a new women’s-wellness brand, explains, “Depletion in estrogen accelerates many skin changes, including dryness, thinning, fine lines and wrinkles, and poor wound healing.” Rochelle Weitzner, founder of Pause, notes that during menopause, as women’s estrogen decreases, the activity of their fibroblasts, the cells that produce collagen, slows down markedly. “Without new collagen and, ultimately, the loss of collagen, skin can start to sag, become loose and crepey,” says Weitzner.

Besides collagen loss, and increased dryness due to a decrease in oil production, skin also becomes thinner and more sensitive than ever. “The skin of a perimenopausal or postmenopausal woman is far more likely to react to sun exposure, dietary changes and lack of sleep than those women who are younger,” says Julius Few, M.D., a Chicago-based plastic surgeon and founder of The Few Institute and Aforé. The advice that L.A.-based aesthetician Joomee Song gives her clients who are over 50 is a mix of both product and lifestyle tips. Working up a sweat regularly is key. “Healthy perspiration and the oil production it creates is the best lubricant for our skin,” she says. Also important is consuming warm food to keep the blood flow active. “Change your foaming cleanser to a creamy one, light moisturizer to heavier, cleanse only once a day instead of twice and wear sunscreen with a hat when you’re in the sun,” Song notes.

Dermatologists and plastic surgeons who are used to being asked to turn back the proverbial clock say that the priorities of their 50-something patients have evolved. “Their goals are to look great for their age,” says Tanzi, who relies heavily on lasers and light sources as the foundation for her treatments. She uses injectables only in a supportive, constructive way. “The goal isn’t to make a 50-year-old look like a 25-year-old,” she says. The credo of skin-care providers has shifted too. “Whereas 10 years ago, the fixation for many providers was on eliminating all lines and wrinkles on the face and neck, now the emphasis is on reducing excessive facial movement that can prematurely make the face look older than the true age,” says Few.