Florida woman, 20, who used her phone to shop on Amazon while driving is arrested for hit-and-run 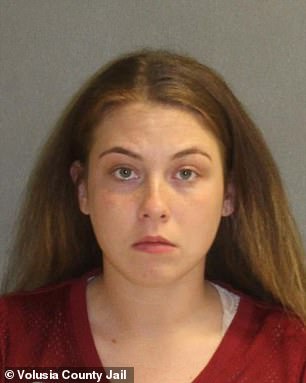 Paige Berman, 20, was reportedly using her phone to shop on Amazon when she was involved in a hit-and-run in Port Orange on Thursday

A Florida woman has allegedly admitted that she was using her phone to shop on Amazon while driving when she ran into a sheriff who was out on a bike ride.

Paige Bergman, 20, is accused of crashing into the cop while behind the wheel of her Hyundai Sonata in Port Orange on Thursday.

She was later arrested and charged with leaving the scene of a crash that caused serious bodily harm.

Chitwood uploaded a video to social media from his hospital bed on Thursday evening, stating: ‘She [Bergman] says she was shopping on Amazon on her phone when she hit me.

‘Please let this be a warning to put your phones down while you’re driving before you kill someone’.

‘I know she had no intention of running me down,’ Chitwood  also tweeted.

‘That’s what a lot of distracted drivers say after they cause a tragedy.’ 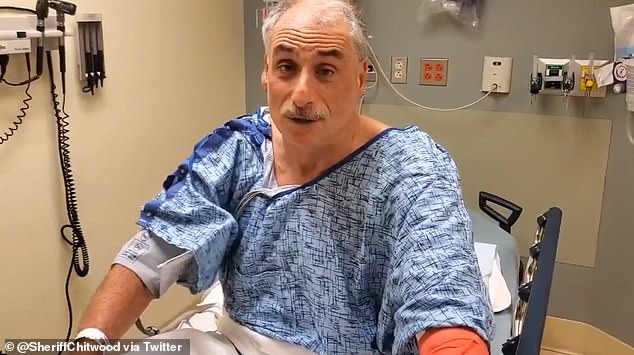 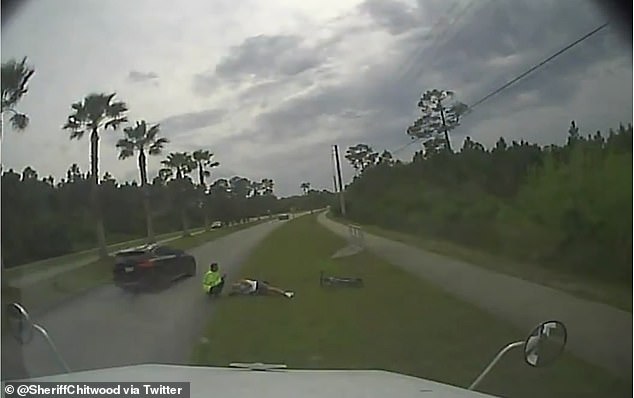 The collision was recorded on video by a Waste Pro truck whose driver, Allen Ramos, stopped to help the sheriff

THANK YOU ALL for your well wishes, and thank you to everyone who rushed over here to help. Here’s an update from the ER where they’re taking GREAT care of me. To the hit and run driver- just come forward! pic.twitter.com/oXo1fej7f6

Click Orlando filmed footage of police and paramedics arriving on the scene to assist the injured sheriff.

The collision was recorded on video by a Waste Pro truck whose driver, Allen Ramos, who was the first person to stop and administer aid to Chitwood.

His dashcam video helped detectives track down Bergman at her home later that evening.

Her arrest was captured on police bodycam. Vision shows Bergman claiming she didn’t stop her car at the time of the crash because she though she had hit a mailbox. 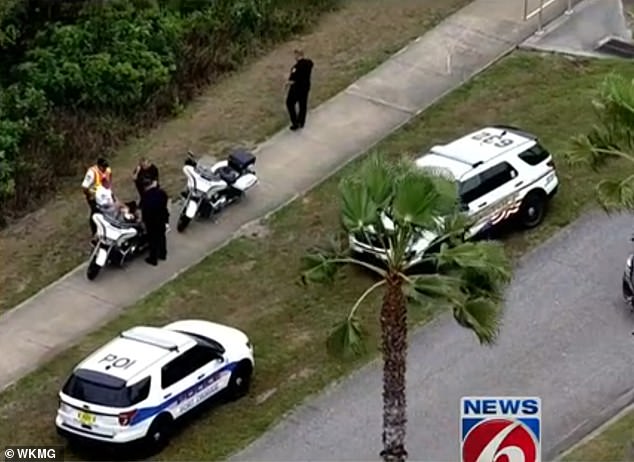 The arresting deputy then tells Bergman’s family: ‘She did not hit a mailbox. Do you want to know what she hit? Mike Chitwood, the sheriff.’

Bergman has since been released from custody.

Chitwood is also out of the hospital.

‘Just imagine if that had been a child or an elderly person on that bike, or if the car drifted a couple more inches to the right,’ he stated in his video.

‘I consider myself lucky to be back on my feet today,’ he said. 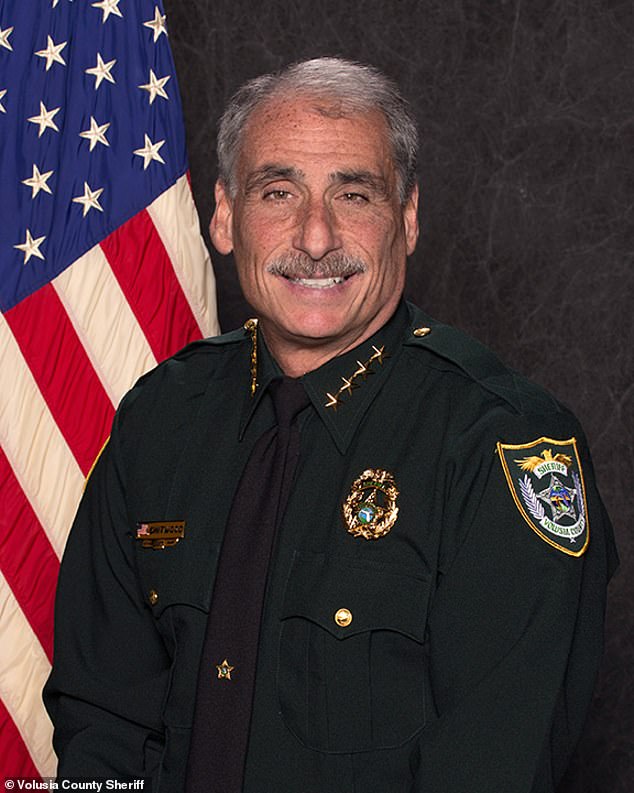