Covid Sent Rent The Runway To The Brink. Now The Fashion Business Is Ready For The Reopening Boom 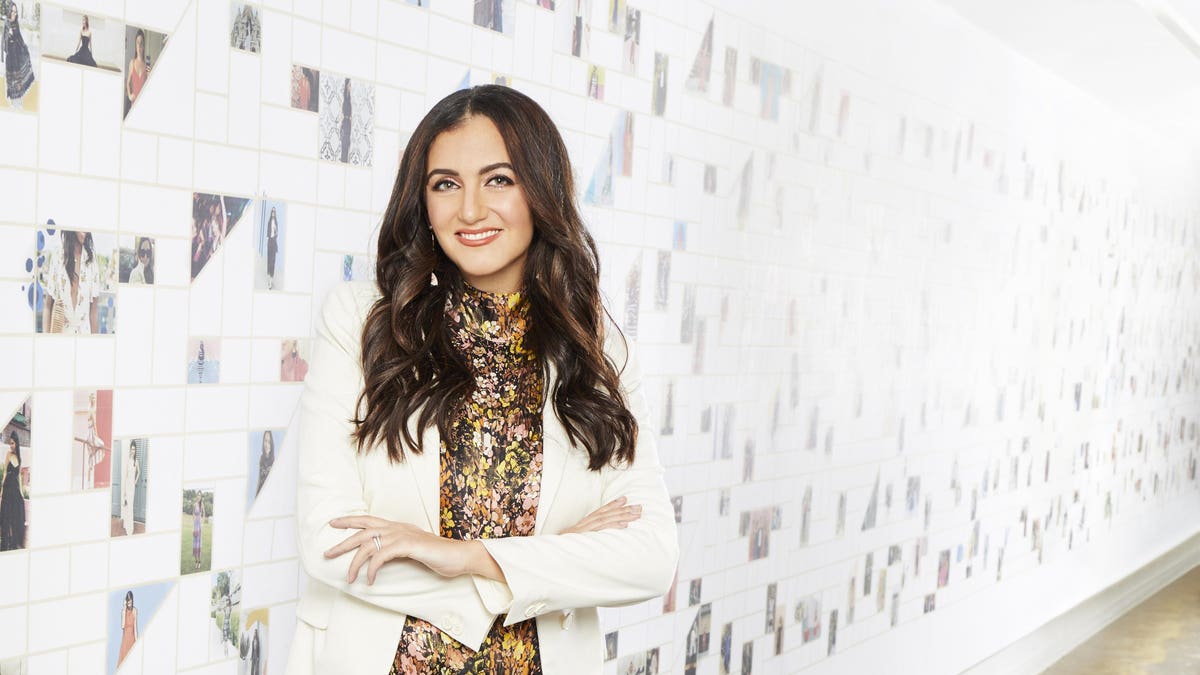 In early February 2020, Jennifer Hyman, the cofounder and CEO of Rent the Runway, was in build mode.

Her fashion subscription business, which for $159 a month let customers borrow hundreds of thousands of designer items like Hugo Boss blazers, Marc Jacobs mini-bags and Saint Laurent sunglasses, was growing faster than 100{2f36692215c92488191f15c49f485bc8da437d4cca01014075d40c79880301cc} per year. To stoke growth, Hyman was busy sealing deals with designers to deliver more rent-friendly looks and clothing categories to her style-hungry clientele.

Meanwhile, on the grittier and more complex side of the business, she was contemplating the construction of an expensive third distribution facility to take pressure off her two massive hubs in Dallas, Texas, and Secaucus, New Jersey, that received, cleaned and mended an endless parade of worn clothes (Rent the Runway operates the largest dry cleaner in the world) before swiftly packing and shipping them out again.

At the same time, she was also putting the final touches on a new, loft-chic headquarters in Brooklyn’s hip Dumbo neighborhood, due to open in the spring. “We were solely focused on growth,” says Hyman, 40. “Growing our subscribers, growing our selection of clothes and accelerating ways we worked with brands who see us as their most important acquisition and data partner.”

Covid was on her radar, too—but only as a possible inventory headache rather than a world-shaking pandemic. As March approached, a slowdown in new customers gave her concern. Then, on March 8, the U.S. began to shut down. Overnight, Americans found themselves all dressed up with nowhere to go.

Her business in tatters, Hyman cut costs (layoffs, furloughs, salary decreases), raised capital, negotiated revenue share deals with brands, revamped pricing models and further automated her facilities. “It was important to ground the team in the reality of the situation, but also inspire them with a larger vision,” says Hyman. “We weren’t going to let 2020 go to waste. The pandemic was terrible, but also a time for creation and creativity.”

We weren’t going to let 2020 go to waste. The pandemic was terrible, but also a time for creation and creativity.

New subscribers are now joining at the same rate as they did before the pandemic. And they are coming from new regions like Iowa, Ohio and southern states, including Tennessee, Arkansas and the Carolinas. “We have a much more diverse set of people signing up,” Hyman says, adding that Rent the Runway has paused all paid advertising since 2020. “And they have a diverse set of use cases and a diverse set of reasons for why they are coming.”

The company routinely asks users to fill out surveys and sees that customers, who previously used the service for work events and milestone celebrations, are renting for birthday parties, picnics and brunches at twice the rate of 2019. Rentals for vacations increased three times the pre-Covid level. “Ninety percent of our growth has been organic—it’s based on word of mouth,” says Hyman. “It’s growth we’re not paying for.”

With business stabilized, Hyman is back in the growth mindset. In May, she added A-list actor and Goop founder Gwyneth Paltrow to her board. “Watching Jenn build this idea into a game-changing business, even through the challenges of Covid, has further solidified my admiration for her vision and execution,” Paltrow said via email. “I’m thrilled to join the board at such a dynamic time for the business and help Jenn usher RTR into its next phase.” The company is currently recruiting to fill about 70 new jobs. There is also speculation that Rent the Runway could go public toward the end of 2021.

While much uncertainty and many challenges lie ahead, Rent the Runway’s roller-coaster year offers crucial lessons about the power of swift, painful decisions, the importance of nimble strategic changes—and the fickle, unpredictable nature of customer psychology. “Customers want to live their lives in a more free and mobile way,” says Hyman. “They are dressing in clothing that is optimistic, joyful and celebratory of everyday life.”

The recovery is happening much earlier and is much steeper than we ever imagined. . . . Nobody wants to wear anything they wore in 2020.

Data drives Rent the Runway as much as fashion trends. In early March, the numbers were showing that Covid was drastically sapping customer demand. To avoid paying upfront cash for inventory likely to sit unused in warehouses, Hyman moved fast to move to a consignment model with many of her 700-plus brands. Designers would get cash every time their items were rented. “We anticipated that other big buyers would be canceling orders. We thought let’s be true partners and go through this together and share in the success,” says Hyman. “We said, ‘We don’t know what will happen in the coming months, but if we’re partners on this, we can monetize inventory to 2021 or 2022.’”

Hyman had to ensure that Rent the Runway would outlast the pandemic shutdown—no matter how long it went. Since launching in 2009, the company had raised some $340 million in venture backing from Bain Capital, Franklin Templeton, Fidelity and Temasek. After months of pitching, Hyman raised a reported $100 million in equity and debt led by Ares Management at a value of $750 million. It was a 25{2f36692215c92488191f15c49f485bc8da437d4cca01014075d40c79880301cc} discount from the company’s $1 billion valuation. Still, Hyman found the terms favorable, and more important, it provided the needed cash cushion to weather the downturn.

As the old saying goes, necessity is the mother of invention. Covid threatened the life of Rent the Runway but also created a unique pause in operations that let the company make tech upgrades and strategic shifts that would have been impossible under the demands of business as usual. Says Hyman: “Looking at things through a positive lens, we would have never had the opportunity to make the kind of process changes in our operation in a period of continued rocket-ship growth.”

In March, Hyman changed her subscription model. Gone was the unlimited plan, which let customers swap as many items as they liked for $159 a month. In its place were plans starting at $89 that give you the option to rent between 4 and 16 products a month. The cheaper rates have unlocked a new segment of customers. “The programs have a broader diversity of price point, and we’re attracting a higher-diversity household income into Rent the Runway,” says Hyman. “We’re seeing more diversity of customers and seeing higher loyalty of our subscribers than we were if you compare to 2019.”

In another margin-boasting move, Hyman used the halt in demand to update and further automate her existing fulfillment centers in New Jersey and Texas. While most e-commerce companies dread returns—Rent the Runway, the boomerang of retail, relies on them. Like any rental business, Rent the Runway’s success hinges on maximizing the number of times it can loan out a dress, jacket or pair of jeans.

Over the last decade, the company has used big data and trial and error to create some 50 separate cleaning programs to clean specific types of fabrics and stains. Over the 2020 slowdown, Hyman invested in AI, radio ID tags and robots to more efficiently sort, clean, and ship her wears. Thanks to the upgrades, Rent the Runway can avoid opening the third hub while allowing for future growth. “Based on the process changes, our two current facilities can handle quadruple what our max subscriber count was in 2019,” Hyman says. “This enables the business to scale tremendously, and we upped our fulfillment margin by nearly twenty percentage points.”

The facility upgrade also allows for Rent the Runway to jump into the growing market of secondhand goods. Used clothing sites surged over the last year as Covid made many customers more conscious about spending and sustainability. In February 2021, Poshmark, a digital consignment shop, went public and currently has a valuation near $4 billion. Rival Thread Up went public in May and has a market cap topping $2 billion.

Rent the Runway has always let subscribers buy used clothes, but it opened up the program to everyone in June. It’s a strategy aimed at both upping revenue and attracting future high-value subscribers. “Coming out of Covid, the secondhand economy is mainstream—people want to rent, buy or subscribe to secondhand clothing,” says Hyman. “Selling designer items brings in a more casual customer to Rent the Runway. Then it’s our job to educate them on how transformative having a subscription to fashion can be.”