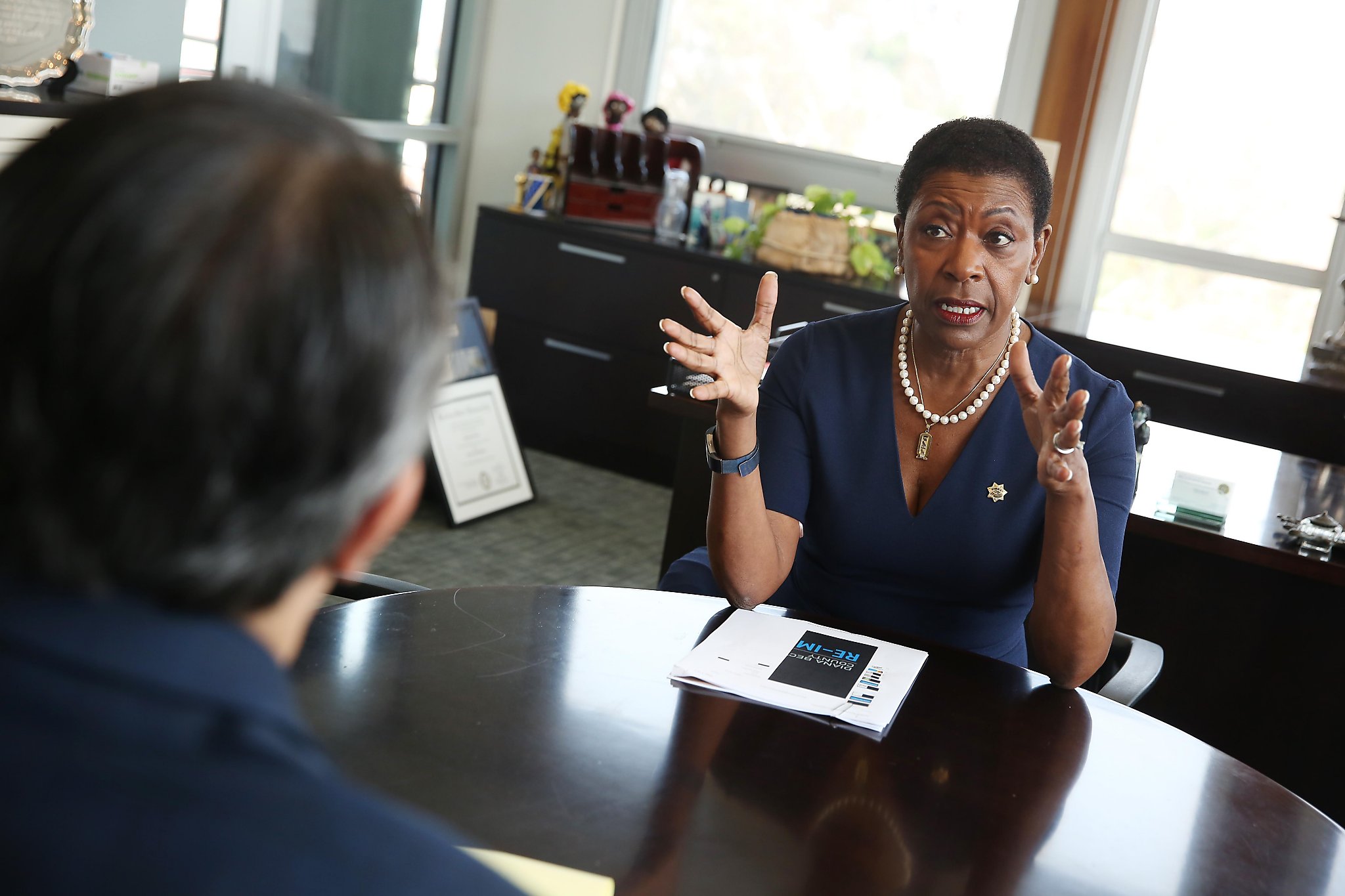 SACRAMENTO — Contra Costa County District Attorney Diana Becton hosted a wedding party at her home over the summer that included dozens of people, a possible violation of coronavirus restrictions as the Bay Area fought back a surge in cases.

Becton, who is considered a contender to be appointed California’s attorney general, said she hosted the party in the backyard of her El Sobrante home on Aug. 1 to celebrate her marriage to her new husband.

She left a note on neighbors’ doors warning that “probably 20 to 30 additional cars” would be parked on the street that day.

Becton told The Chronicle that the event was a small, outdoor wedding and adhered to state and county restrictions, which allowed for outdoor religious and cultural events including weddings, but not receptions or after-parties. Parties that bring together people from numerous households were banned then and still are, according to the state Department of Public Health.

Becton’s wedding was followed by “music, yes, but I did not have a big party,” she said. She said she served a meal and wine to her guests.

Guests wore masks and maintained social distancing, Becton said, an account that one neighbor confirmed. Medical experts caution, however, that people are prone to let their guard down at such gatherings and remove their masks while celebrating or eating and drinking.

“I had a wedding in my yard that was really based upon the love that we shared,” Becton said. “I hope that I did not do anything that was in violation of any rules. If I did, it certainly was not my intent.”

Before holding the event, Becton said, she called Contra Costa County Health Services’ coronavirus hotline to “to consult them on having an outdoor ceremony.” She said she and the person she spoke with came “to the conclusion that there didn’t seem to be anything that would prohibit the event.”

“I think the most important thing for people to know is that I did everything that I knew possible to obtain the best information,” Becton added.

Becton said the event included about 25 to 30 family members and close friends “in attendance from 3 to 7 p.m.” However, two neighbors said they heard a celebration that included music into the night.

Guests had their temperatures taken upon entrance, wore masks and were socially distanced by the families they came with, Becton said.

Becton resisted calling the event a reception. After the ceremony, she said, guests ate a meal that was served to them. She said she and her husband danced, but that no guests did.

“In my tradition we don’t just have a wedding,” Becton said. “We have a wedding and then there’s usually something that accompanies that.”

She also said she did not find anything on the state’s website explicitly banning receptions at the time, saying it was an “evolving situation in terms of the rules.”

Becton has been Contra Costa County’s top prosecutor since 2017. She has been mentioned as a possible replacement for Attorney General Xavier Becerra, President Biden’s nominee for health and human services secretary. Gov. Gavin Newsom would appoint a new attorney general if Becerra is confirmed.

Becton, who previously worked as a county judge for 22 years, has been endorsed for attorney general by elected officials and groups including the state Legislative Black Caucus.

Four neighbors on Becton’s street interviewed by The Chronicle recalled receiving her note about the wedding party. Among them was Karyl Toms, a retiree who said she was “aghast that somebody would do that” amid tight pandemic restrictions.

She said she doesn’t know Becton and didn’t realize her neighbor was the district attorney until she Googled her name that night.

“That’s when I got really upset,” Toms said. “No surprise here, the poor suckers are locked down and people who have power get to do what they want. What, rules pertain to me?”

She said the episode reminds her of other California politicians who have ventured out during the pandemic. Newsom and San Francisco Mayor London Breed were criticized after they attended separate dinner parties at the French Laundry restaurant in Napa County in November.

Grace Lee, who lives a few doors from Becton, said she could see the party over her backyard fence. Lee said the loud music and revelry continued until about 9 or 10 p.m.

“I do remember that wedding, and it was quite elaborate,” Lee said. “We did notice that there was a lot more traffic, a lot more cars.”

But Lee, who doesn’t know Becton, said she wasn’t angry. She said she and her family enjoyed hearing the festivities after months of stay-at-home orders, and felt like they were joining in from afar as they roasted marshmallows in their backyard.

“It was kind of nice to have that refreshing music,” Lee said. “You know, you can’t stop love in a sense.”

Becton said she’s confident that her event ended earlier in the evening. She said guests and the musicians started to pack up around 6:30 p.m., but that it’s possible she played more music on her patio speakers as she cleaned up.

Dr. Charles Chiu, a virologist and professor of laboratory medicine at UCSF, said an outdoor wedding ceremony lends itself more easily to social distancing than other events because attendees can be seated the recommended 6 feet apart and typically don’t speak much.

However, Chiu said, the risk increases exponentially for receptions, where people are more inclined to have conversations, yell or sing, move around, drink alcohol or otherwise let down their guard.

“Basically, that would be a higher-risk situation,” he said. “You really only need like one person in the gathering who is infected. (They) potentially could transmit it to many other people.”

UC Berkeley infectious disease expert John Swartzberg agreed that an hours-long party could be risky because people are likely to remove their masks to eat and drink.

Becton hosted the celebration as Contra Costa County was on the state’s “monitoring list” for widespread coronavirus transmission following a surge in cases over the summer. A few weeks later, the state shifted to a color-coded system for counties, and Contra Costa was placed in the purple or most-restrictive tier.

Contra Costa has been among the counties hit hardest by the pandemic in the Bay Area. On Aug. 1, the day of Becton’s wedding, the county of 1.15 million people was averaging about 203 new infections daily.

“I don’t know what the surge was at that time. Nobody in our event got COVID-19,” Becton said. “I really thought I was in that arena of a cultural ceremony, so those were the guidelines that I was following.”