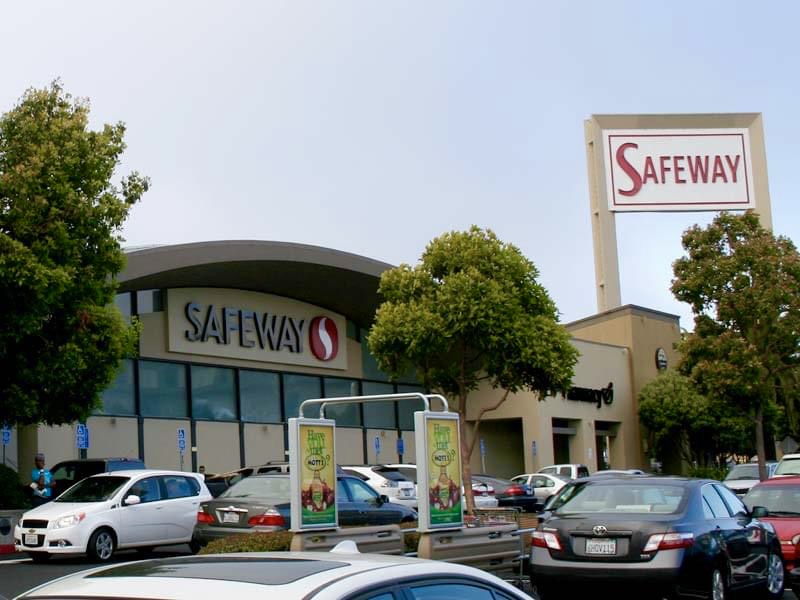 The Church and Market Safeway (2200 Market St.) has moved all its shopping carts inside the store after 160 carts were stolen in recent weeks.

Multiple Safeway shoppers have recently reported that all the shopping carts had disappeared and that they were required to use hand baskets.

“Unbelievable, there were no shopping carts when I went to the Market/Church Safeway,” wrote Upper Market resident Scott S. in a Duboce Triangle Neighborhood Facebook group. “I asked for one and I was told all of the carts had been stolen.”

“They had a shipment of 160 carts last week and all of them have been taken,” added Scott S. “What good is having security if they can’t stop someone walking off the property with a shopping cart.” 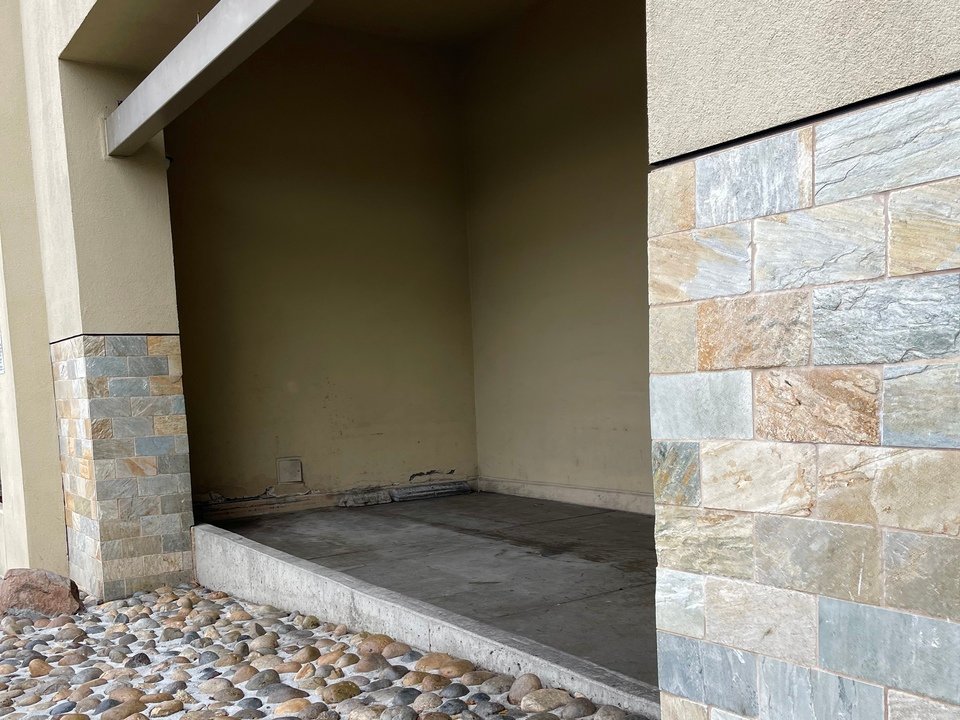 Shopping carts are no longer available outside the Castro Safeway. | Photo: Christopher V./Hoodline

“For the past number of weeks there haven’t been any shopping carts and rarely any carry baskets,” wrote George C. on Nextdoor. “I asked about this a few weeks ago and was told by staff that between 1 a.m. and 2 a.m. shoplifters just take them.”

Scott S. tells Hoodline that as a disabled person he is unable to carry groceries. “Not having carts available might be a violation of the American With Disabilities Act (ADA).”

On a recent visit to the store, Scott S. said a Safeway employee was able to find one stray cart for him but all other customers had to use hand baskets to carry their groceries. “As I pushed the cart around the store, I could swear I got looks from people wondering, ‘How did you get a cart?'” said Scott S.

“The service desk person told me that with the COVID situation improving all the homeless have been thrown out of the hotels they were in,” Scott S. explained. “Now they need some way to move their belongings.”

Safeway spokesperson Wendy Gutshall confirmed that the shopping carts had been stolen. 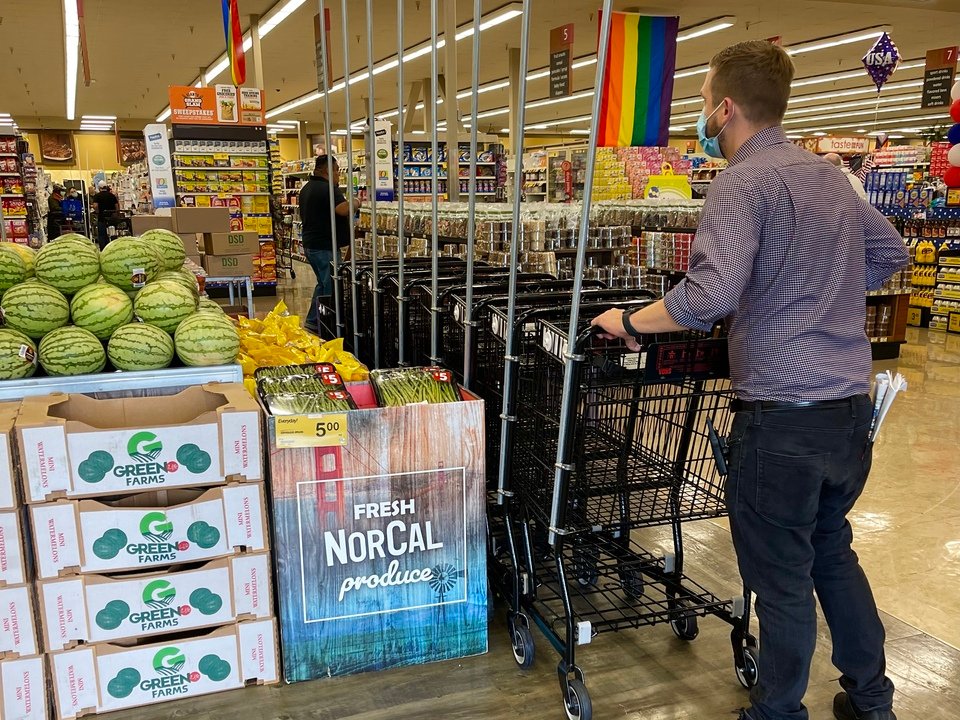 Shopping carts, with poles attached, are now only available inside the store. | Photo: Christopher V./Hoodline

“Like other retailers, the disappearance of shopping carts is an ongoing challenge,” said Gutshall. “We continue to explore solutions to address and send additional shopping carts to the Castro Safeway store.”

Hoodline tipster Christopher V. tells Hoodline that on a visit to the grocery store today that carts were now only available inside the store. “They have someone monitoring them and they can’t leave the store,” he said.

Gutshall confirmed that shopping carts are now only inside the store. “We recently started to experiment using carts with poles to keep the carts inside the store,” said Gutshall. “Customers may ask for assistance at the check stand to have an associate help take groceries to their car.”

Hoodline readers will recall this isn’t the first time Safeway has changed store policy. In 2017 the Church and Market Safeway stopped operating 24-hours, but six months later the store returned to 24-hour service.

‘That guy deserves a raise for his timing’

Shoe, backpack shortages could be possible for back-to-school shopping