Canton’s Black women have made significant contributions to the city 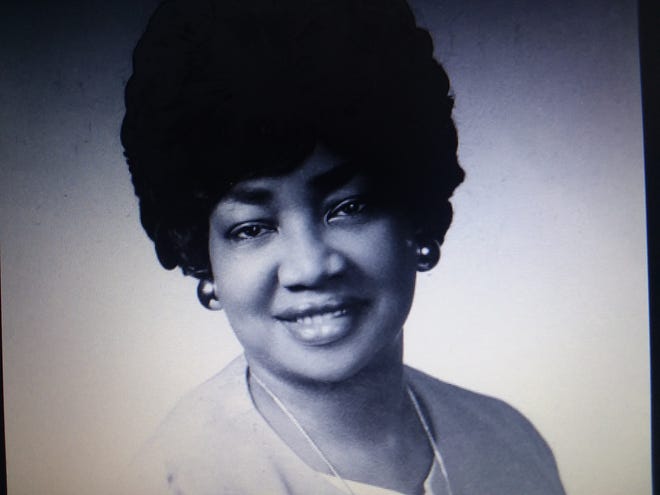 CANTON For every Martin Luther King Jr., there’s been an Amelia Boyington — a woman few have heard of, but one who was instrumental but unheralded.

Too often, the annals of history have been “his” story. It’s no different with Black History Month. Locally, Canton has benefitted from the work and sacrifices of Black women whose contributions aren’t always known. Here are a few:

ESTHER ARCHER  Made Ohio history in 1947 by becoming the first Black woman to be elected to a city council anywhere in the state. Born in Alabama in 1907, Archer also was one of the first Black women to work for the former Timken Roller Bearing Co., where she was forced to use a segregated restroom. In 1989, Archer was inducted into the Stark County NAACP Black History Hall of Fame. She died in 1996.

ELIZABETH CARMICHAEL  Elizabeth Carmichael was a beautician by profession, but her numerous civic and social activities ensured that she was more than a business owner. Born in 1914 in Donora, Pennsylvania, Carmichael came to Canton in 1929, and attended McKinley High School. She later made history by opening the city’s first Black-owned beauty salon. In 1948, Carmichael led a successful boycott of Stark Dry Goods, which refused to seat Black customers in its restaurant. In 1963, Carmichael was assigned to the State Cosmetology Board. She also organized Black Girl Scout troops and served on the Canton Urban League Board of Directors. Carmichael retired from the Canton Income Tax Department in 1982.

PARALEE WATKINS COMPTON  One of the most influential Black educators in Canton’s history, Compton was the district’s first Black administrator. Compton graduated from Timken High School in 1949, Kent State University in 1966, and the University of Akron in 1970, where she earned a master’s in education. Compton began working for Canton City Schools as a secretary in 1957, and became a teacher in 1960. In 1969, she became principal of the former Martin School and later became the district’s director of human relations. Lathrop School was renamed in Compton’s honor and now serves as an alternative school for teens. Compton died in 2020.

KIMBERLE WILLIAMS CRENSHAW  One of the nation’s foremost most experts on constitutional law, race theory and gender issues, Crenshaw is credited with developing the theory of intersectionality. A graduate of McKinley High School, Harvard University, University of Wisconsin and Cornell University, Crenshaw is an award-winning professor at the UCLA and Columbia University schools of law. She is co-founder and executive director of the African American Policy Forum, and founder of Columbia’s Center for Intersectionality and Social Policy Studies.

MARIAN WILLIAMS CRENSHAW  Devoted 46 years of her life as a Canton Schools Schools music teacher. Crenshaw was the first Black student to play in the marching band and orchestra at McKinley High School. A graduate of Howard University, she earned a master’s degree in music from the Columbia University Teachers College. After retiring from Canton City Schools, she briefly taught music education at Walsh University. The mother of Kimberle Crenshaw and a lifelong civil rights activist, Crenshaw was just 5 when she helped to desegregate a public pool and, later, Arboretum Park. She died in 2008.

IDA ROSS-FREEMAN  The community activist who grew up in New York has served on the Canton Board of Education and continues to advocate for others as the founding director of SCUMADOP, a drug and alcohol-recovery agency. Known as “Miss Ida,” Ross-Freeman has also been instrumental in organizing local Juneteenth celebrations, which have increased awareness of the holiday.

MACY GRAY  The neo-soul music phenom’s self-written debut album, “On How Life Is,” went multi-platinum in 1999. Since then, the Grammy-nominated Gray — born Natalie McIntyre — continues to compose and perform music as well as act in numerous films.

VIRGINIA JEFFRIES  In 1999, the Canton-born teacher became the first Black woman to serve as a member and later president of the Canton Board of Education. A Spelman College alumnus who speaks five languages, Jeffries traveled to the Soviet Union as one of 12 cultural ambassadors with then-Vice President Richard Nixon in the 1950s. She also served as program coordinator for Ohio State University’s Young Scholars program. She marched with the Rev. Martin Luther King Jr. and Rosa Parks in Cleveland. In 1968, she attended KIng’s funeral in Atlanta.

NORMA MARCERE  Discrimination forced devoted educator Norma Marcere to make her first mark outside of Canton, but, upon retirement, she returned to serve generations of students through her PAX Saturday school, with the goal of preparing Black children for higher education. After graduating from Kent State University, Canton School Superintendent Jesse Mason blatantly refused to hire Marcere because she was Black. Marcere, who earned a doctorate from Kent State, became the first Black child psychologist in  Akron City Schools. She was later conferred an honorary doctorate by Walsh University. Her memoirs, “‘Round the Dining Room Table” and “The Fences Between” offer a compelling look at life for Black Cantonians during the early 20th century. Both books were later produced as stage plays by Lois DiGiacomo Jacobson. Marcere died in 2004.

NADINE McILWAIN MASSEY  A retired Canton City Schools educator and former member of City Council, Massey is a recipient of the Milken Foundation’s National Educator Award. McIlwain-Massey also served on the Board of Education for 12 years and was the first president of the Lelia Green Black Educators Association. In 2014, the district renamed its administration building in her honor. McIlwain also has written several books, including co-authorship of “African Americans of Canton, Ohio: Treasures of Black History.”

OWEIDA CONN MOORE  First Black teacher at J.J. Burns Elementary School, Moore was a graduate of the famed Tuskeegee Institute and Kent State University. She was inducted to the Stark County NAACP Wall of Fame as its first lifetime member.

STEPHANIE RUSHIN PATRICK  An educator and co-founder of the Greater Canton Martin Luther King Jr. Holiday Commission and the Lelia Green Alliance of Black School Educators, Patrick was honored in 2020 when the former Allen School was renamed in her honor. Patrick is a graduate of Central State University, earning a master’s degree in counseling from Kent State University. She was a language arts teacher, guidance counselor, and principal at Allen, Lathrop and Hartford schools. Patrick also is an advocate for Black youth and Black teachers and administrators. A member of the National Alliance of Black Educators, she was inducted into the Stark County Women’s Education Hall of Fame in 2003.

DIANE STEVENS ROBINSON  Interim president of the Stark County Urban League, Robinson has served on the National Urban League Board of Directors. A retired Hoover Co. executive, the Waynesburg native is a graduate of Howard University. She has served on numerous civic boards, including chair of the trustee board at Stark State College. She also chaired the Pro Football Hall of Queen Pageant and the Fashion Show and has volunteered with the Canton Symphony Orchestra and the Canton Regional Chamber of Commerce. She’s also a Canton YWCA Women’s Hall of Fame inductee.

GERALDINE “GERRI” RADCLIFFE  A longtime nurse and health educator, the Massillon native is a graduate of the Massillon Hospital School of Nursing and the University of Akron, with a master’s in community health from Kent State University. Radcliffe is retired as nursing director at the North Canton Medical Foundation. A nurse-educator with the American Heart Association, she also serves as an adjunct professor at Malone University. Radcliffe also serves on numerous boards and civic committees including Sisters of Charity, Massillon Public Library, the Stark, Ohio, and American Nurses Associations. Radcliffe is also an amateur historian. In 2019, she coauthored “African Americans of Canton: Treasures of Black History.”

MARIE JEFFERSON SLAUGHTER  Born in 1910 in Staunton, Virginia, Slaughter, who claimed kinship to President Thomas Jefferson, was a teacher and founding member of the Stark and Summit County alumnae chapters of Delta Sigma Theta Sorority. A recipient of the sorority’s National Great Teacher Award, she was a member of St. Paul AME Church. Its library is named in her honor.

CHRISTINE SMITH  The city’s longest-serving Black woman council member, the Montgomery, Alabama, native has served Canton’s Fourth Ward since 2008. In 2018, Smith made history as Canton City Council’s first woman Majority Leader and has made her mark as an advocate for youth programs and southeast Canton’s residents. She is credited for the development of a splash park in Southeast Canton. Smith has owned and operated her own beauty salon, Chris’ Talk of the Town, for more than 40 years.