Caldwell woman emphasizing the true meaning of beauty as she competes for Ms. Wheelchair USA title 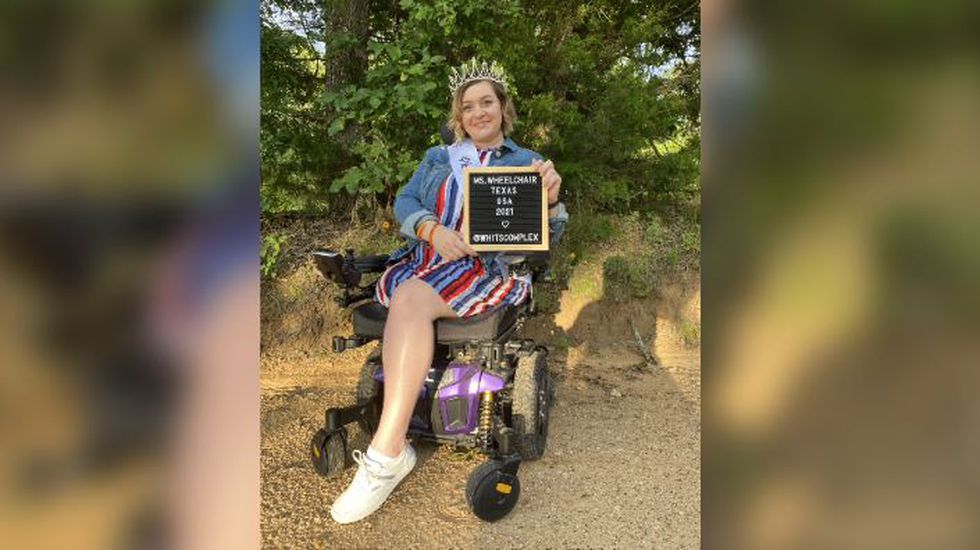 CALDWELL, Texas (KBTX) – The last three and a half years for Whitney Lavender are described by the Caldwell woman as a whirlwind.

Lavender says she was walking down the stairs and fell, leading to her initial diagnoses of Complex Regional Pain Syndrome (CRPS). CRPS is a rare disease that causes severe nerve pain. Over the last few years, Lavender has been diagnosed with Multiple Sclerosis, multiple lesions on her brain, and Ehlers-Danlos syndrome.

The pain from CRPS was so great in her right leg that Lavender began relying on a wheelchair. This became a nearly fulltime thing after getting her leg amputated in an attempt to help mitigate the intense pain she was always in.

Lavender says she remains in immense pain and is undergoing multiple surgeries to correct her amputation.

In the midst of the pain and fear, Lavender has been a vocal advocate for attention to rare diseases like her own. A part of that advocacy was taking what she calls a leap of faith and applying to be Ms. Wheelchair Texas USA.

“It’s not over yet, but we hope that soon things will die down a little,” said Lavender. “So doing something like this it’s just like a silver lining amidst all of the yuck that our family has been through in the past three-and-a-half years.”

Lavender got the call in January 2021 that she was crowned.

“It was shocking when I got the news that I was chosen as Ms. Wheelchair Texas USA because I really did not think that I would,” said Lavender.

She is preparing by trying on pageant dresses and making plans to head to Ohio in July for the competition. But Lavender says this competition is more than just a beauty pageant.

The pageant is put on by Ms. Wheelchair USA and the Dane Foundation.

Her platform is one that means a lot to her, especially as she has gone through so many unexpected physical changes in the last few years.

“My platform is different is beautiful, rare is strong, your voice is powerful, and a tool for change,” said Lavender. “I think it just kind of encompasses everything that I have been through and all of the growth in finding beauty in myself for the first time ever in my life through all of this craziness. Like, who would’ve ever thought that it would allow me to look in the mirror and go, ‘you’re beautiful and you’re strong.’”

As she makes her way to Ohio, the 10-day competition will feature tables explaining more about the contestants, multiple interviews, and the two-day pageant on July 16 and 17.

She says she hopes to represent her hometown state well, inspire young girls and women everywhere, and bring home the crown.

“It’s so incredibly awesome to have an opportunity to represent Texas, to represent the Brazos Valley area, and to represent not just a disabled people in the state, but everyone,” said Lavender.

The contestants have to financially support themselves to get to the competition. To help Lavender in that, you can click this link here.