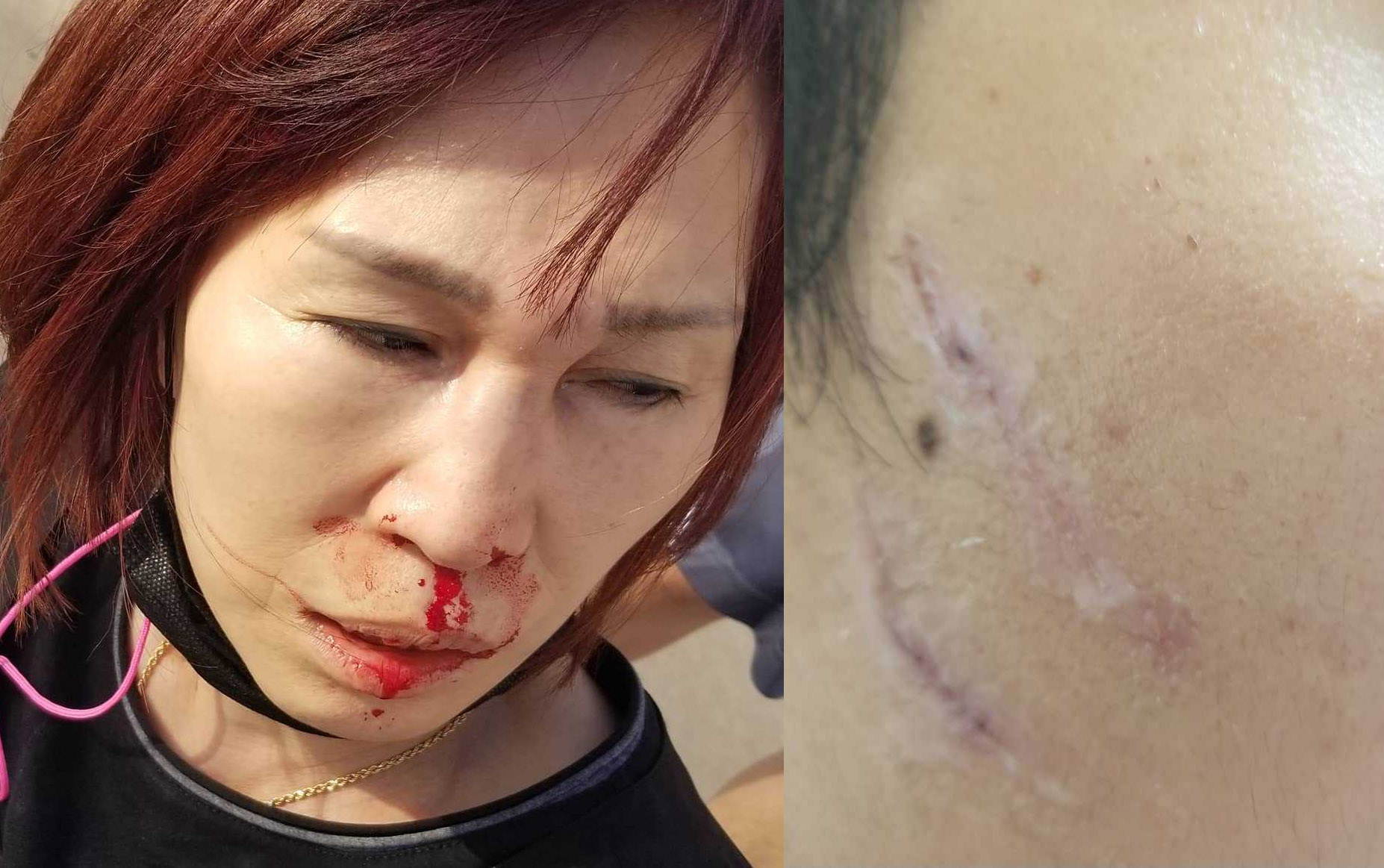 Jung Kim went to pick up wigs that customers knocked to the ground at her family’s north Houston beauty supply shop. Her son, Sungjun Lee, said his mother told the women, “Don’t worry about it. I’ll fix it.”

But the women cursed at the Korean business owner, Lee said, saying that Asian people should not be selling wigs to Black people and accusing the business of stealing their money.

Kim asked the group to leave, but the encounter escalated when two women physically assaulted the owners of Uptown Beauty Salon. Houston police are now investigating the March 17 incident as a possible hate crime in light of a national surge in violence targeting the Asian American community.

Seconds after leaving, the customers returned and knocked over more displays. One woman hit Kim several times, breaking her nose. She scratched Lee in the face when he and his brother intervened to protect their mother. As the attackers fled, the driver attempted to plow into several members of the owner’s family with her car before peeling out of the parking lot.

A week later, the family still feels traumatized and unsafe in their store following what they believe was a racially-motivated attack, Lee said.

“I’m pretty sure they came to the store with a purpose,” the 29-year-old said Wednesday.

The Harris County District Attorney’s Office charged Keaundra Young, 24, with aggravated assault with a deadly weapon in connection with the attempt to hit the store owners with her car, court records show. Young was released from jail on $40,000 bail and is scheduled to appear in court in June.

A second woman, 22-year-old Daquiesha Rachel Williams, was charged with assault, accusing of striking one of the family member’s with her hand, court records show. She also made bond and is no longer in custody.

“Our work continues, as prosecutors review all the evidence; Texas law provides for heftier sentencing for hate crimes, which unleash fear in an entire community,” Harris County District Attorney Kim Ogg said in a statement.

At first, the case was not being investigated as a hate crime, she said. Patrol officers did not make note of any racial slurs used during the attack in their offense report, which Silva acknowledged “may have been an oversight.”

Lee said he told the responding police officers about the attackers’ racial language during an interview.

The family said they believe the assault was racially motivated because of the words and actions of the assailants, Lee said. They think the attackers targeted Kim because she is older, small in stature and Asian, Lee said.

“Whenever the one girl beat up my mom, she said ‘You little young Asian girl,’” Lee said. “They say a lot of racial words like, ‘F—ing Asians, f—ing b— Asians’ to my mom and to us.”

Hate incidents and crimes targeting the Asian American population have surged during the COVID-19 pandemic, but local authorities said last week that Harris County and Houston have recorded no uptick. The day before Lee’s family was assaulted in their store, a gunman walked into three salons in the Atlanta area and opened fire, killing eight people — six of them Asian women.

The Korean family opened the store two years ago after more than a decade in the beauty supply business. The attack was surprising because they have a good relationship with customers, Lee said. He was touched when regulars reached out and visited the store to check on the family following the assault. Most of their clientele and employees are black, he said.

“We never thought this (would) happen to us,” Lee said.

The family members sought treatment at a hospital following the attack and a doctor said Kim will require surgery. Lee’s face still hurts from the scratches, he said.

Kim was traumatized by the attack and did not return to the store until Tuesday, Lee said. The other family members returned to work the day after the assault because they cannot afford to close the shop. The attack was so frightening that they hired a security guard to protect the store during business hours.