This week, Amazon founder Jeff Bezos — whose mantra-like “Jeff-isms” on relentless invention, customer-centrism and long-term thinking anchored the company’s strategy — said he would step down as chief executive of the $1.7 trillion internet goliath after 27 years in the role, passing the baton to top lieutenant Andy Jassy, currently head of Amazon Web Services.

What does this changing of the guard mean for Amazon’s fashion strategy?

Bezos first set his sights on the fashion industry more than a decade ago. According to journalist Brad Stone’s The Everything Store, Bezos told employees back in 2007 that “in order to be a $200 billion company, we’ve got to learn how to sell clothes and food.”

Fourteen years later, Amazon generates over $300 billion in annual revenue and is a major force in fashion, having surpassed Macy’s and Walmart to become the largest apparel retailer in the US on the strength of its relationships with millions of consumers, a vast database of transactions, unparalleled logistics and a data-driven, iterative approach to its private labels.

Amazon has long tried to become a credible destination for upmarket fashion, too, spending countless hours attempting to convince designer labels to sell their products via its site, sponsoring everything from the Met Gala to Tokyo Fashion Week and launching a personal shopping service. Last spring, the company premiered “Making the Cut,” a fashion competition hosted by Heidi Klum and Tim Gunn that offers contestants the opportunity to get in front of millions of viewers and sell their clothes on Amazon, not to mention a shot at a $1 million prize.

But Amazon’s search-driven, utilitarian design is antithetical to the kind of brand storytelling required to sell luxury goods and most of the fashion items it carries remain affordable basics. Its latest effort to move upmarket, Amazon Luxury Stores, modelled on the successful template set by Alibaba’s Tmall Luxury Pavilion, where brands control their own inventory, pricing and the look and feel of their digital storefronts, has failed to gain much traction.

It’s possible that Jassy will do little to change Amazon’s stalled luxury fashion strategy. After all, Jassy has been studying the Bezos Way for decades and his appointment is a study in continuity. Then again, the spectacular success of the Amazon Web Services business Jassy founded could provide a powerful lens for reimagining the company’s approach to the luxury market.

Amazon Web Services, which sells data storage and processing to companies, governments and schools which don’t want the burden of managing their own IT infrastructure, is Amazon’s most profitable division. In 2020, it generated over $13.5 billion in operating profit — an impressive 63 percent of Amazon’s total operating profit for the year — on revenue of $45.3 billion. But the service that now owns 30 percent of the world’s cloud computing market began as an internal system to support the rapid growth of Amazon’s own e-commerce business.

According to Amazon lore, an executive retreat at Bezos’ house in 2003 provided the realisation that eventually led the company to turn its own infrastructure into a service it could offer to other businesses. “If we can get to the moon, we can do a shuttle service for other people and charge them lots of money,” said retail guru Doug Stephens, summarising the thinking.

In a similar move, Amazon recently started selling the technology that powers its automated Amazon Go stores as a business-to-business service. Same with its Amazon Delivery Service. Jassy’s appointment to the company’s top job suggests just how important such services may become to Amazon’s overall business strategy. Could the approach work for fashion?

Amazon may never be the next Gucci or the next Net-a-Porter. It doesn’t understand brand image nearly well enough and its internal culture suggests this never will be a priority. But if image is what fashion companies do best, they are typically far weaker on practically everything else along the industry value chain, especially when it comes to solving technical problems, from demand forecasting to supply chain inefficiencies to global shipping, areas where Amazon excels. It’s this technical prowess that has driven the success of its private-label apparel brands.

Could Jassy turn Amazon’s real strengths into a new fashion strategy — Amazon Fashion Services — by providing the infrastructure, not the front-end experience, for luxury fashion?

Amazon may never be a credible destination for luxury fashion, but it could be the platform that solves fashion’s many back-end inefficiencies. “If they can solve the really deep problems in the fashion industry, that becomes a marketable product,” said retail consultant Robert Burke.

For fashion’s long tail of highly creative but technically unsophisticated smaller labels, this could be a genuine game-changer. For Amazon, there is surely more upside in providing the platform that powers a large chunk of the luxury industry than in being the next Net-a-Porter.

THE NEWS IN BRIEF

FASHION, BUSINESS AND THE ECONOMY 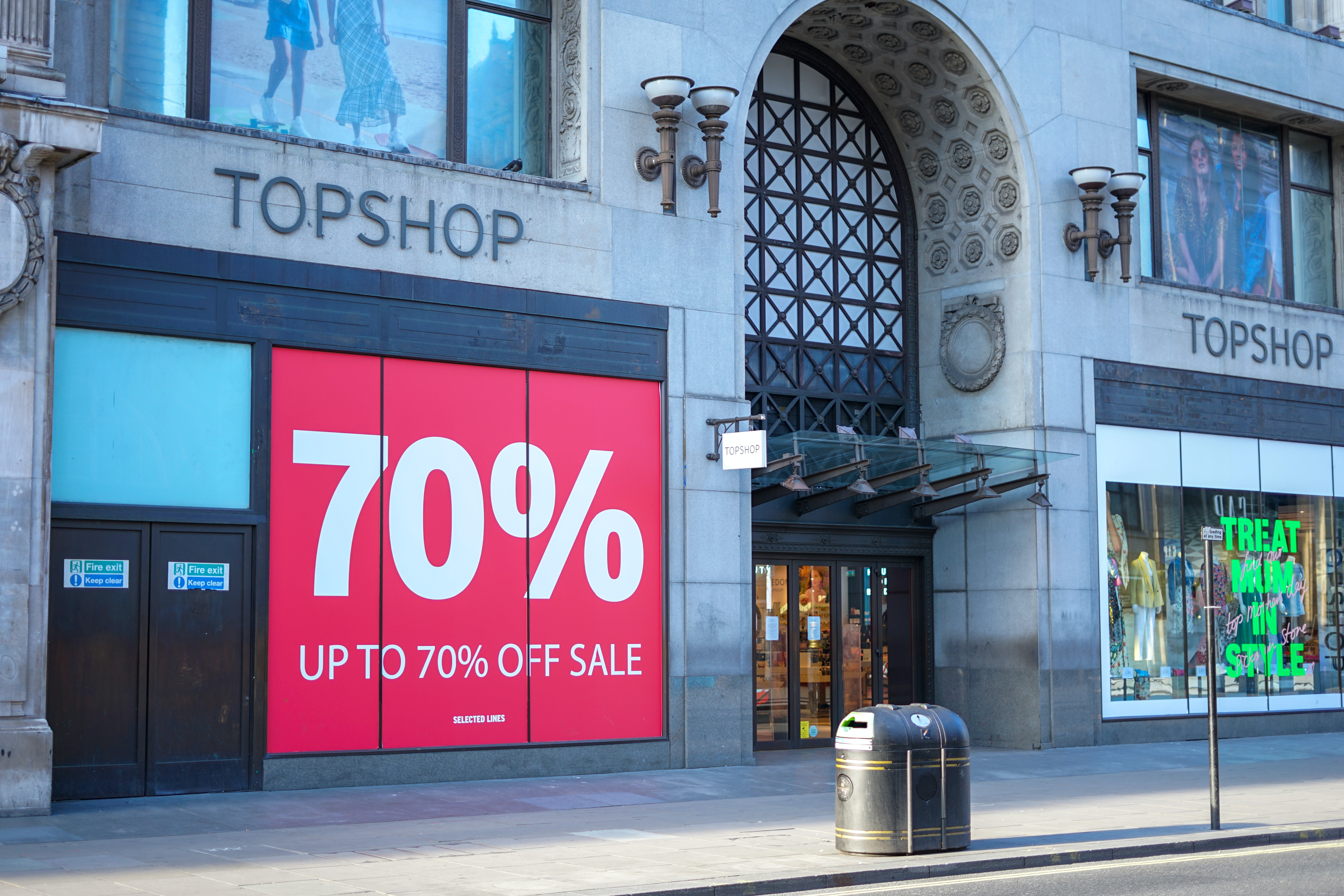 Ralph Lauren forecasts worse-than-expected fourth quarter sales. The company said it expects revenues to fall by mid-to-high single digits as a result of new lockdowns in its major markets of Europe and Japan. Earnings in its third quarter ending December 26 fell more than 42 percent.

Capri beats profit estimates. The luxury fashion house boosted its margins by selling more products at full price and cutting manufacturing costs. But the Michael Kors and Versace owner is expecting a tougher start to 2021, forecasting a surprise loss for the current quarter due to virus-driven store closures in Europe.

Canada Goose revenue beats estimates. The luxury parka maker’s sales were boosted by a surge in online shopping and strong demand from China. It is doubling down on the Asian market, opening new stores and collaborating with Chinese designer Angel Chen for a new collection.

Britain’s JD Sports targets more deals after raising £464 million. Britain’s biggest sportswear retailer will use the funds raised through a share placement to finance expansion and capitalise on further acquisition opportunities. Earlier in the week, it announced a conditional agreement to acquire the American retailer DTLR Villa for a cash consideration of $495 million.

Luxury e-commerce marketplace 1stDibs taps banks for IPO. The company is seeking a valuation of at least $1 billion, according to a Bloomberg report that cited people with knowledge of the matter.

UK fashion leaders speak out against Brexit trade deal. In an open letter to Prime Minister Boris Johnson, more than 400 executives and creatives said that the current agreement with the European Union will “decimate” the country’s £35 billion (roughly $48 billion) fashion and textile industry, with new taxes and tariffs, as well as travel restrictions, making it increasingly difficult to conduct business.

Marble Ridge capital founder admits to Neiman Marcus fraud. Daniel Kaminsky pleaded guilty to the financial crime five months after he was charged with abusing his position on a Neiman Marcus bankruptcy committee to purchase assets at an artificially low price. He faces as long as five years in prison.

Gap is latest to join 15 percent pledge. The initiative, which began last year as an attempt to give products from Black-owned businesses 15 percent of shelf space at retailers, has adapted to accommodate new companies that don’t sell outside brands. Gap is now promising to start new programmes and expand existing ones to develop Black talent in order to increase representation in its workforce.

THE BUSINESS OF BEAUTY 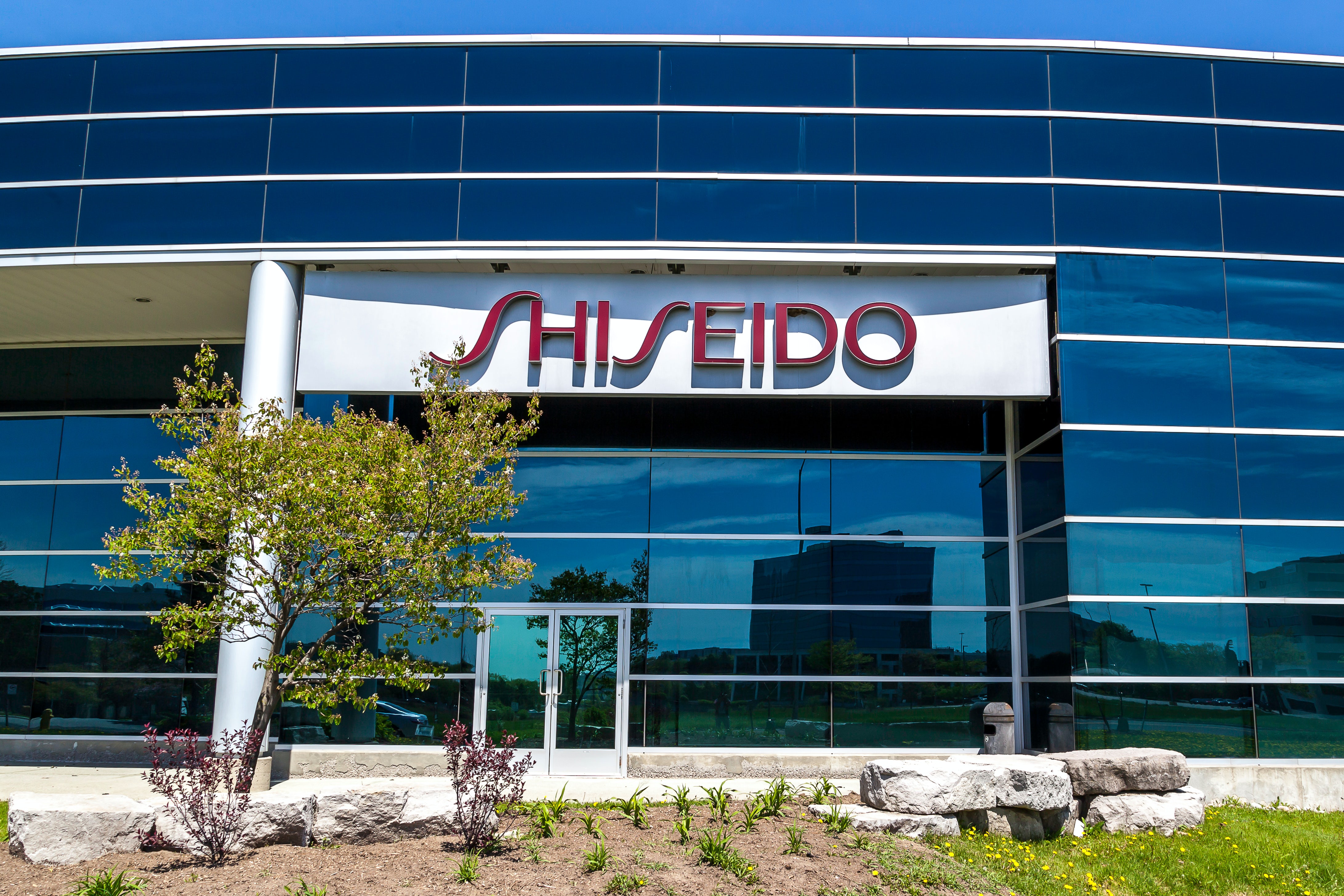 Jessica Alba’s Honest Co. considers IPO. The Los Angeles-based company, backed by L Catterton, could file confidentially with the US Securities and Exchange Commission as soon as Friday, according to Bloomberg. It could seek a valuation of about $2 billion in an IPO.

Unilever picks Credit Suisse for beauty brands sale. The company is planning to sell off a portfolio of non-core beauty assets in the US and Europe with combined annual sales of around $600 million, according to Bloomberg. No final decisions have been made on the size or timing of any sale.

Ulta to boost anti-bias training and sell more Black-owned brands. The beauty giant said it will spend $2 million on staff training this year and double the number of Black-owned beauty labels on its shelves to about five percent of its store offerings by the end of 2021. 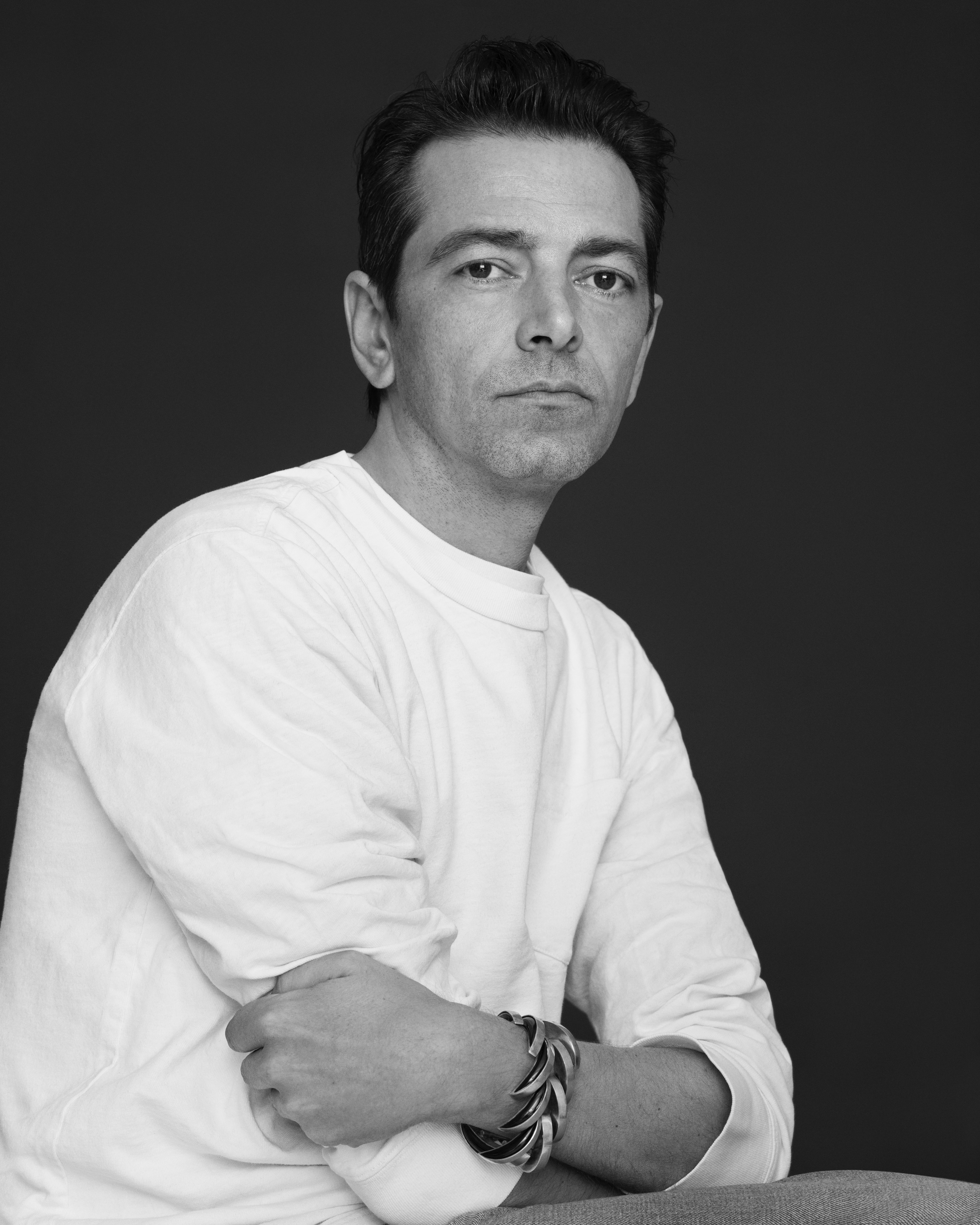 Richemont’s Alaïa Names Pieter Mulier Creative Director. His first collection will be for the Spring-Summer 2022 season, Paris-based Alaïa said in a statement. Mulier trained as an architect before spending more than 15 years working in senior roles at Simons’ namesake label, as well as alongside the star designer during his tenures at Jil Sander, Christian Dior and Calvin Klein.

L Brands Names New CEO at Victoria’s Secret. Martin Waters, who currently leads the brand’s lingerie division, has been promoted to CEO of the business as a whole, effective immediately. He will take over from interim CEO and L Brand chief financial officer Stuart Burgdoerfer, who is retiring. Burgdoerfer will remain in his position as CFO until August.

Stuart Haselden named CEO of Arc’teryx. Haselden was previously chief executive of luggage brand Away. Before that, he served as COO and CFO at Lululemon; CFO, treasurer, and senior vice president at J.Crew, and took on a number of roles, including vice president of strategic planning at Saks.

Former Vogue Editor Angelica Cheung joins Sequoia Capital China. The Vogue China founding editor announced her new role as a venture partner at the investment firm on social media, after saying she would leave the publication in November. Cheung said her focus will remain on fashion, lifestyle, and entertainment, “but with a much wider scope.” Her replacement at Vogue China has yet to be named. 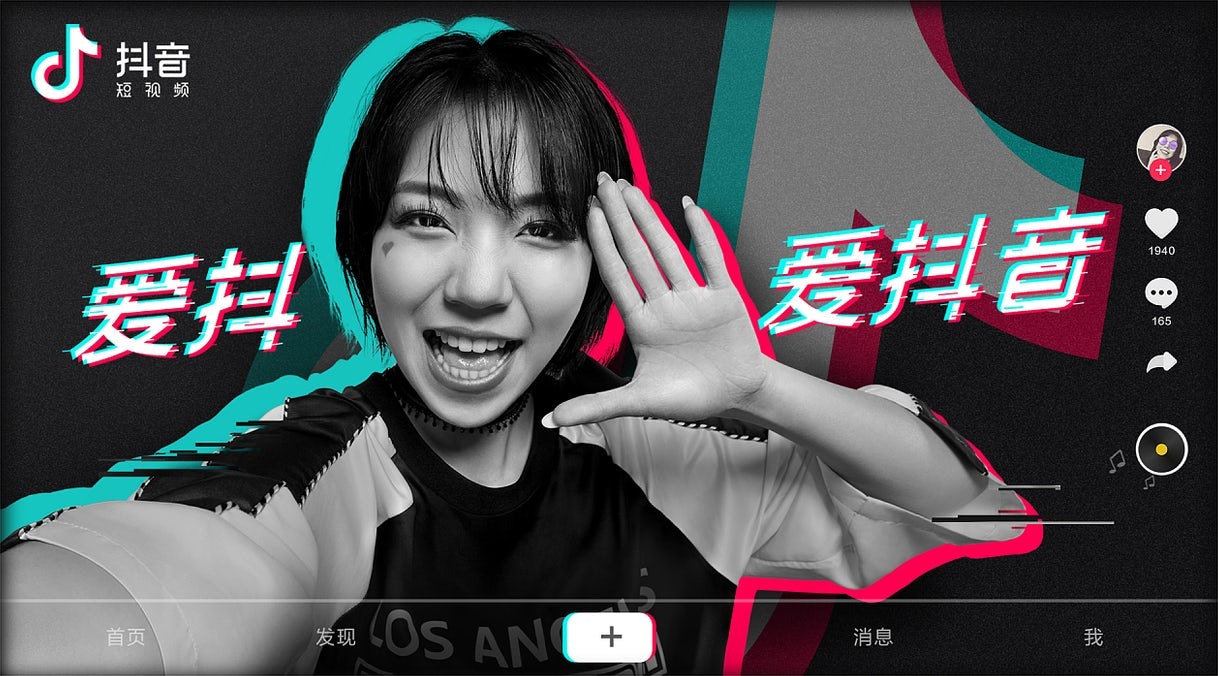 Alibaba beats quarterly revenue estimates. Sales rose 37 percent in the three months to the end of December, buoyed by the shift to online shopping triggered by the pandemic. Core commerce revenue hit a record high of 196 billion yuan (roughly $30 billion) in the quarter. But the company is facing pressure elsewhere as China clamps down on founder Jack Ma’s sprawling business empire.

eBay earnings beat expectations. The company is benefitting from a surge in online shopping during the pandemic and expects to emerge from the global health crisis in a stronger position.

Facebook and Instagram launch #BuyBlack Initiative. In honour of Black History Month, Facebook, Inc., is spotlighting Black-owned brands on its platforms, a follow-up to its #BuyBlack Friday live show last year, which drew more than 15 million viewers on Facebook.com.