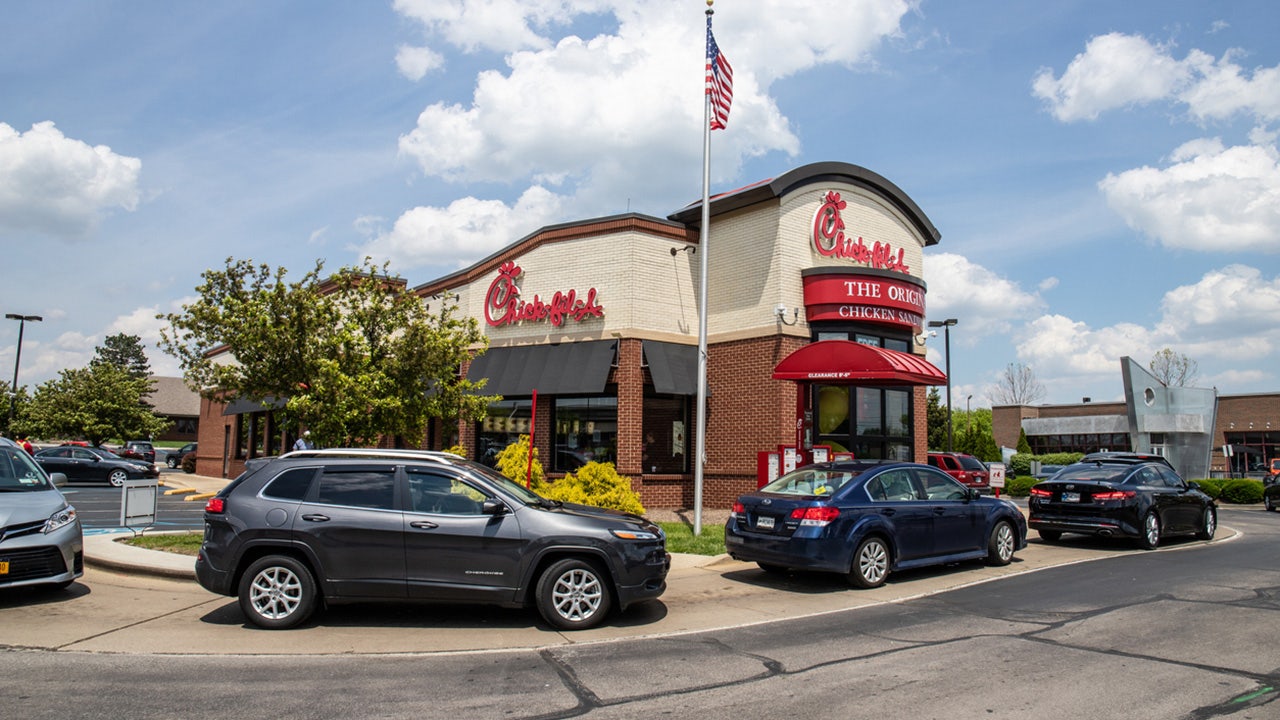 A Chick-fil-A in Alabama has found itself in the midst of a battle — for the best sign.

Jeff Dennis Jewelers in Gardendale, Alabama, has started a “sign war” with a nearby Chick-fil-A that has turned into a hilarious back and forth between the two establishments.

The jewelry store threw down the gauntlet last week when it posted a picture of its digital sign advertising its new drive-thru window on Facebook.

“Our drive thru is faster than Chick-fil-A’s,” the sign said, according to the picture.

It didn’t take long for the Chick-fil-A to respond.

A few days after the jewelry store’s sign went up, the Chick-fil-A had changed its own sign to say: “Overflow parking located at Jeff Dennis Jewelers!”

The fast food location posted a picture of its own sign on Facebook with the caption: “5, 6, 7, 8…… it’s time to retaliate!”

But the battle didn’t stop there.

However, Chick-fil-A appears to have already made its move, because the grass in front of the jewelry store had already been decorated with paper cows and the words: “Eat Mor Chikin!,” Chick-fil-A’s tagline, the pictures showed.

In a following post, Jeff Dennis Jewelers announced the two stores had signed a “temporary cease fire treaty” for the weekend, since the jewelry store and Chick-fil-A are both closed on Sundays.

A Chick-fil-A and jewelry store in Alabama are battling it out for the best sign in a hilarious fake feud.
(iStock)

As expected, the ceasefire was truly only temporary. On Monday, Jeff Dennis posted a picture of the grass in front of the Chick-fil-A, which had been decorated with a sign that said: “Buy Mor Diamonds” with an arrow pointing towards the jewelry store.

The store captioned the photo: “Chick Fil A, your lawn has never looked better. Yard of the week! It’s My Pleasure!” another nod to one of the fast food chain’s common phrases.

The sign war got so much local attention that even the mayor of Gardendale participated.

“We wanted to present Mike Holmes [the owner of the Gardendale Chick-fil-A] an official award for how great his new landscaping looks here with all the diamonds in front,” Hogeland told CBS 42. “We just wanted to do that just for Mike.”

According to the station, Mike Holmes and Jeff Dennis, the owner of the jewelry store, are longtime friends. The Gardendale mayor told CBS 42 that the two friends’ feud has had a good impact on the community.

“It draws a lot of attention, a lot of positive attention to our community and business owners and it’s really a lot of fun,” Hogeland said.