After the Beirut Blast, Elie Saab Talks Rebuilding and Fashion 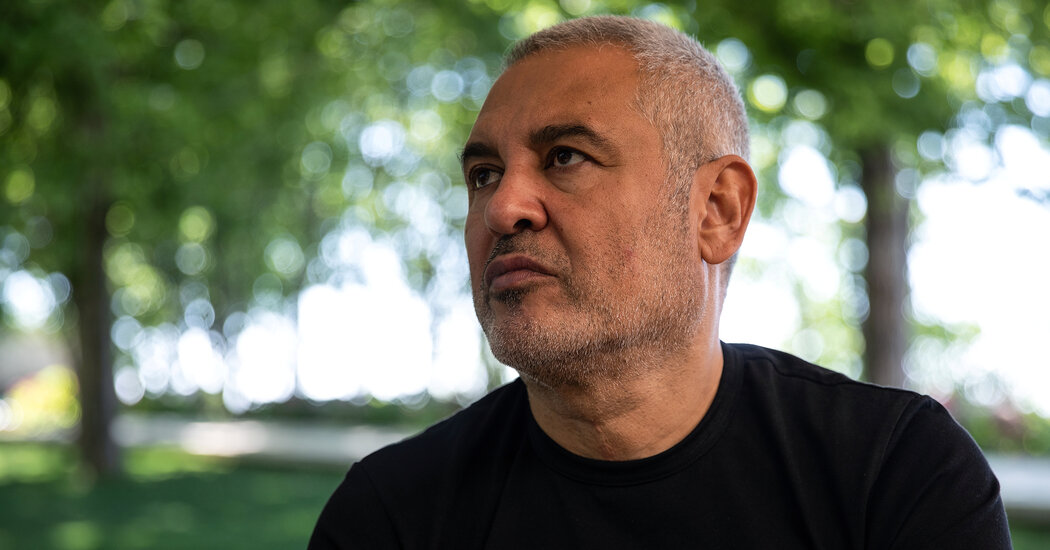 The Lebanese designer Elie Saab is no stranger to devastation. He began his namesake business in Beirut in 1982 at the height of the Lebanese civil war, later becoming a Hollywood favorite thanks to his fairy-tale red carpet gowns.

The last year, however, has brought fresh strains for both Mr. Saab and his country. A financial crisis sent the Lebanese economy into free fall and fueled large street protests even before the coronavirus pandemic began. Then, on Aug. 4, a catastrophic explosion in the main Beirut port killed hundreds of people and caused billions of dollars’ worth of damage.

This week, Mr. Saab and his son, Elie Saab Jr., the chief executive of the family company, spoke to The New York Times about the future of the city and what may come next for its fashion scene. The interview has been edited and condensed.

Elie Saab Jr.: This is a city known for its vibrant culture and lifestyle, its hospitality and its joie de vivre. But the events of the last year have damaged Beirut, and the situation is getting worse by the day. People are on the streets, and they are furious.

Elie Saab: This is such a difficult period for our city, and it is getting increasingly hard for people to stay here and make a life for themselves. It is so very sad and not the image of Lebanon we want people to see.

Where were you when the explosion happened?

ES: I was in the office with my team working on the next collection. At first, the blast was so strong that I didn’t know what was going on. It took me a minute in the dust and glass to realize where I was. Every single door and window in the building had been blown out, and there was debris everywhere.

My main concern was to make sure everyone who was in the building with me was safe, as well as my parents, family and friends. I found out that my home had been completely gutted — and all our local neighborhoods. It was such a tragic day. But to be honest, in those early hours, I just thanked God that I had lost only material things.

ES Jr: I was also in the office but on a different floor from my father. I was having a business meeting when the blast took place. Lots of us were cut by the glass. We were convinced, because of the density of the damage, that it must have come from right beneath us. Then my uncle called from the other side of the city saying his building had also been destroyed, so we thought perhaps we had been bombed by air.

There was so much uncertainty, so much panic for others and those you love, and for some time we had no communication with the outside world. We couldn’t reach people. It was so dreadful, the damage and the loss of life. I pray that no one has to witness something like that again.

The explosion happened in August, yet weeks later you produced a collection. Why was that so important?

ES Jr: Lebanese people are known for being very resilient. We don’t look back or give up — we move on. It took us 10 days to reopen the atelier and for work to start again. And we did it because we had a lot to do, providing work to our staff and honoring commitments to clients. It wasn’t easy, but we needed to be like Beirut — every time dusting itself off and returning to the way it was. This time, though, it has almost been too much for our city.

And that was why we made the September collection a homage to Beirut, and to give hope to a future of possibilities.

Elie Saab is known largely for fashion that’s meant for life’s great celebrations. But in the last year few weddings, red carpet events and galas have taken place. What has this meant for your business?

ES Jr: A lot had to be put on hold due to security measures to avoid the spread of infection. But we tried not to see it as an obstacle and instead to re-evaluate how we were operating. We still launched five collections during this tough period. We also launched furniture and homewares lines and kid’s wear. I truly believe that, as vaccines are rolled out and the end gradually comes into sight, people will want to go out and live and celebrate together and throw all the events that were postponed, making for a strong 2022.

How is the fashion scene in Beirut rebuilding itself?

ES Jr: Despite the current situation, we have a new showroom and flagship store opening in Beirut. We still believe in this country and want to be present here in a meaningful way. When it comes to crafts and culture, the Lebanese have great talent and, if supported, will continue to offer us a competitive advantage.

ES: The world loves Lebanese designers. We, the established ones, are so grateful for that support. But I worry about new and emerging designers here. It is so tough for them right now, and there is so much global competition. They know there is a lot to do, and I think social media helps them get their message and designs out internationally. I have faith in them.

And advice: You have to constantly compete and bring something new. Don’t give up. You can never give up. Especially in a city like Beirut.