A Florida couple tried to host their wedding at a $5.7 million mansion that wasn’t theirs. Then the owner showed up. 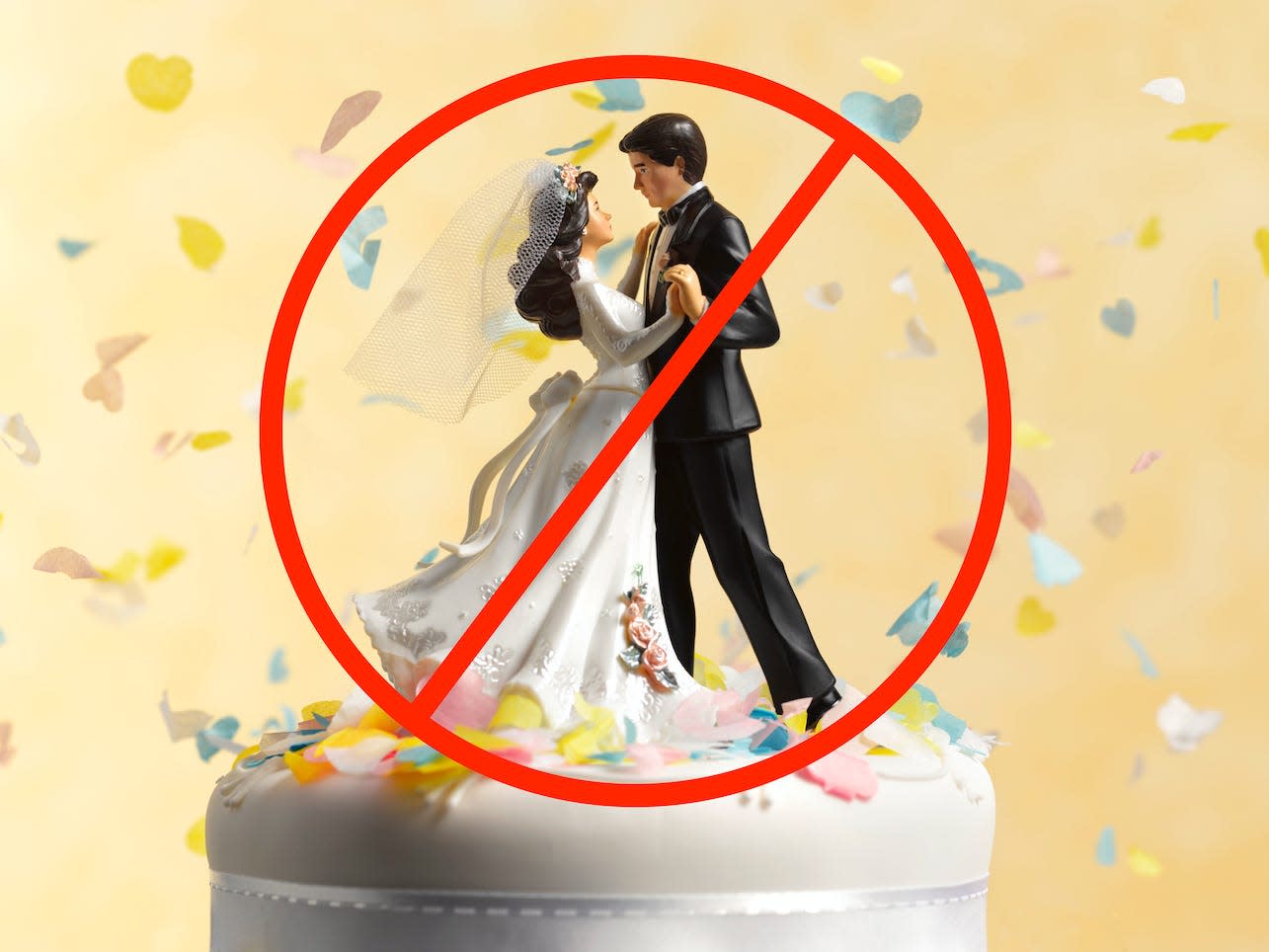 Courtney Wilson and Shenita Jones’ wedding invitation reportedly read, “it is our honor to welcome you into our dream home and estate.”

The only problem – it wasn’t their property.

The couple had planned their April wedding at a $5.7 million mansion in Southwest Ranches, Florida. But the couple didn’t have permission to use the property, according to the South Florida Sun Sentinel.

The morning of their wedding day, the property’s owner, Nathan Finkel, showed up, called the cops, and the couple’s event was put to a halt, the South Florida Sun Sentinel reports.

Keith Poliakoff, an attorney for the Southwest Ranches suburb who has previously spoken on Finkel’s behalf, did not immediately respond to Insider’s request for comment.

Insider could not immediately reach the couple; the groom declined to comment when reached by the South Florida Sun Sentinel.

Wilson had previously posed as a potential buyer

According to the South Florida Sun Sentinel, Wilson had previously toured the 16,313-square-foot property as a buyer and viewed the home’s nine bedrooms, 15 bathrooms, swimming pool, bowling alley, and gazebo.

After touring the property, Wilson asked if he could use the 7.5-acre estate for his wedding, but Finkel said no, per the South Florida Sun Sentinel.

Still, the couple was set on hosting their big day at the mansion and sent out invitations for April 17, the South Florida Sun Sentinel reports. According to Good Morning America, the estate had been listed for two years, so the couple thought it would be vacant on their wedding day.

The wedding and reception hosted were scheduled to last from 3:30 p.m. until 2:30 a.m, per the invitation, which was obtained by The US Sun.

The event would entail a “wonderful evening of celebration, exquisite feast, and dancing at our royal extravaganza,” according to the invitation. Additionally, a brunch would be hosted the next morning on the property.

On the morning of April 17, Wilson and another person arrived at the property to start setting up for the wedding, according to the South Florida Sun Sentinel.

What Wilson didn’t know was that Finkel, who is the son of the IHOP franchisee Abe Finkel, lived in another house on the property. When Finkel saw the trespassers, he called the cops, per the South Florida Sun Sentinel.

“They keep harassing me, calling me, and they say they’re having a wedding here and it’s God’s message,” Finkel says in the 911 call obtained by Good Morning America.

“I don’t know what’s going on. All I want is it to stop,” he continued, per Good Morning America.

According to the South Florida Sun Sentinel, officers arrived and told Wilson he would have to leave. Wilson left, and no charges were filed.

“The guy figured it was a vacant house and didn’t realize Nathan lived on the property in a different home,” Keith Poliakoff, the attorney for the Southwest Ranches suburb, told the South Florida Sun Sentinel. “This guy had no idea he lived there. You know the shock that must have been on his face when he showed up at the gate and the owner was home?”