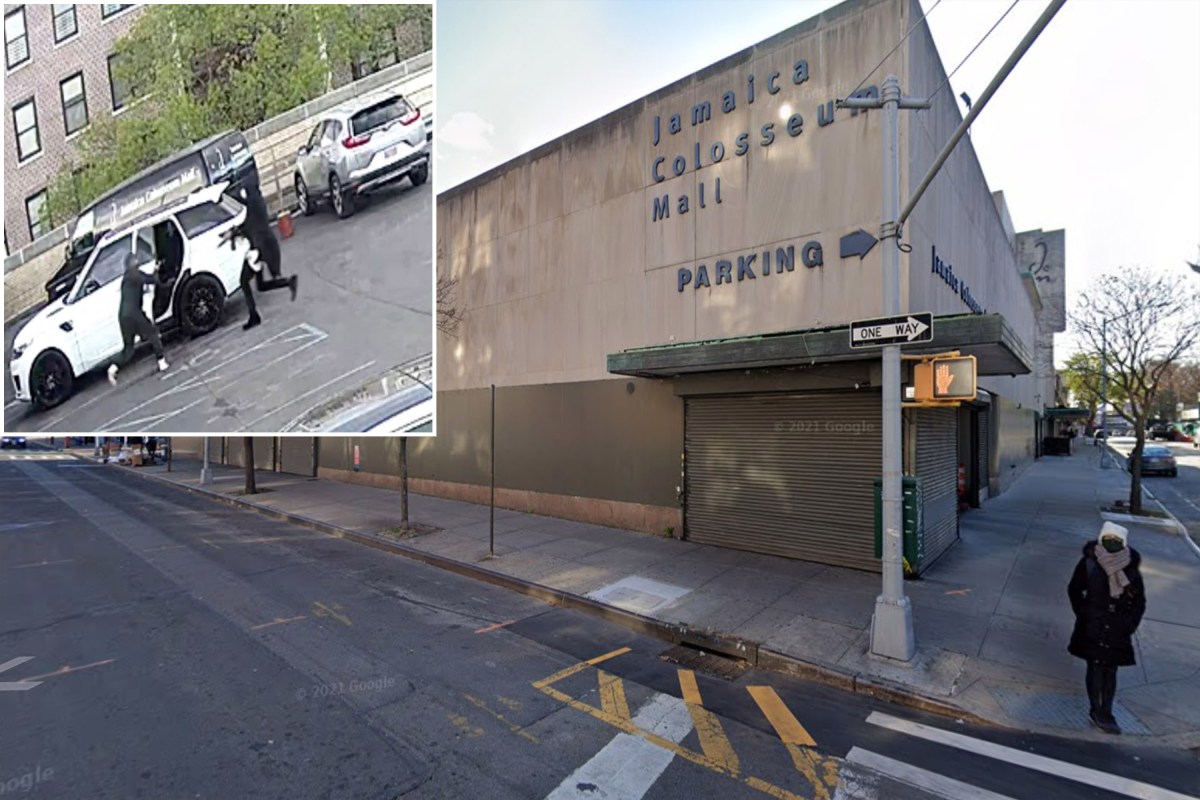 Three gunmen ambushed and shot a man who was shopping for jewelry at the Jamaica Colosseum Mall, cops said. But the two-bit tough guys left with only his wallet in the brazen broad daylight targeted robbery.

Security footage of the incident begins as a 37-year-old man was walking to his Range Rover in the mall’s rooftop parking lot, after spending several hour shopping for jewels on April 30, sources said.

A masked man with a hooded trench coat and rifle can be seen charging at the shopper in the surveillance video.

“Give me everything you got,” he demanded, according to sources.

As two other gun-wielding suspects approach the SUV, the victim gets in the driver’s seat of his vehicle as the man with the rifle opens the back door, fires a round at the victim, and grabs his wallet, police said.

The three goons fled the scene in a grey BMW 5 Series 4-door sedan, and are still at large, according to the NYPD.

The suspects had arrived at the mall shortly after the victim started shopping, and sat in their car to wait him out, according to the sources.

The gunshot victim was treated at the hospital and survived his injury.